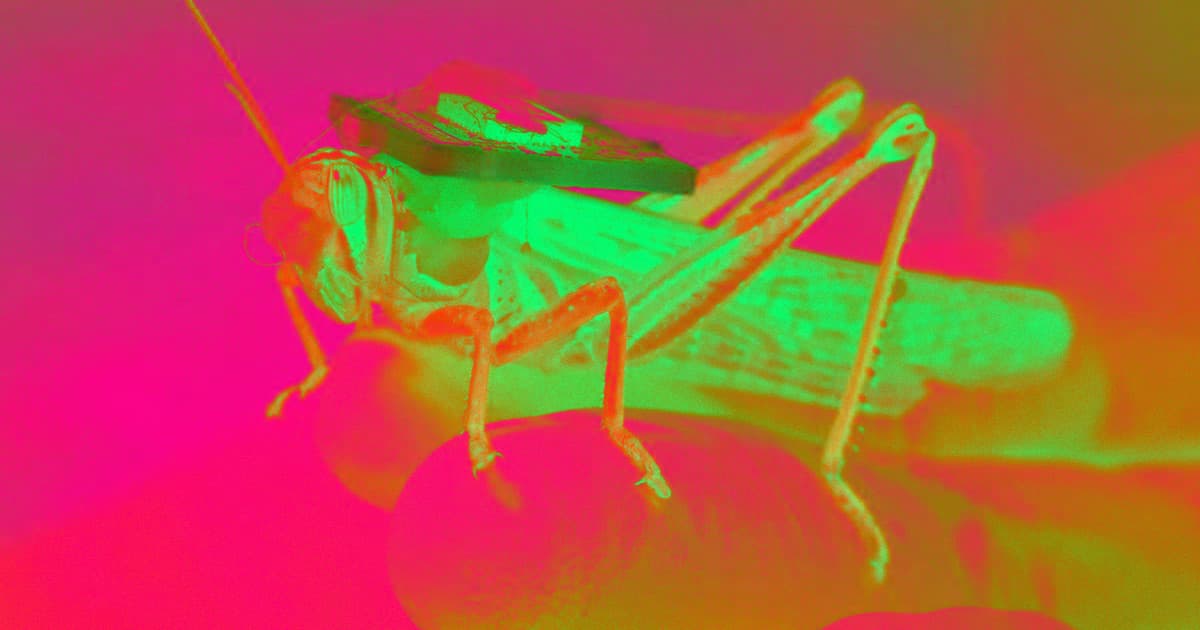 Locusts in tiny remote controlled cars could spot explosive chemicals in just half a second.

Locusts in tiny remote controlled cars could spot explosive chemicals in just half a second.

Scientists have, yes, found a way to turn locusts into explosives-sniffing cyborgs, according to a study funded by the U.S. Navy. The idea is to "hijack" the insects' incredible sense of smell rather than coming up with an artificial detection method from scratch.

The paper uploaded to preprint archive BioRxiv earlier this month describes how the team from Washington University in St. Louis transformed the unsuspecting insects into "biorobots" by implanting electrodes into their brains.

By examining which neurons were firing when different chemicals and odors were detected by the bugs' senses, they found that these signals provided "a unique multivariate fingerprint" that allowed the locusts to distinguish between explosive vapors and non-explosive chemicals, according to the paper's abstract.

According to the team's paper, it's the first time a biological system used for smelling was successfully "hijacked to develop a cyborg chemical sensing approach."

To get the locusts to go where the team wanted them to go, they placed them in tiny wheeled robots that could be driven around.

And the locusts were extremely adept at spotting the explosives. It took them only "a few hundred milliseconds of exposure" to recognize explosive vapors.

The Cyborgs Are Here: Researchers Put Living Cells In A Robotic Finger
5. 31. 18
Read More
Florida Man Becomes First Person to Live With Advanced Mind-Controlled Robotic Arm
2. 3. 18
Read More
A New Futuristic Robot Lets Your Arms Lift Half a Ton
10. 28. 17
Read More
+Social+Newsletter
TopicsAbout UsContact Us
Copyright ©, Camden Media Inc All Rights Reserved. See our User Agreement, Privacy Policy and Data Use Policy. The material on this site may not be reproduced, distributed, transmitted, cached or otherwise used, except with prior written permission of Futurism. Articles may contain affiliate links which enable us to share in the revenue of any purchases made.
Fonts by Typekit and Monotype.