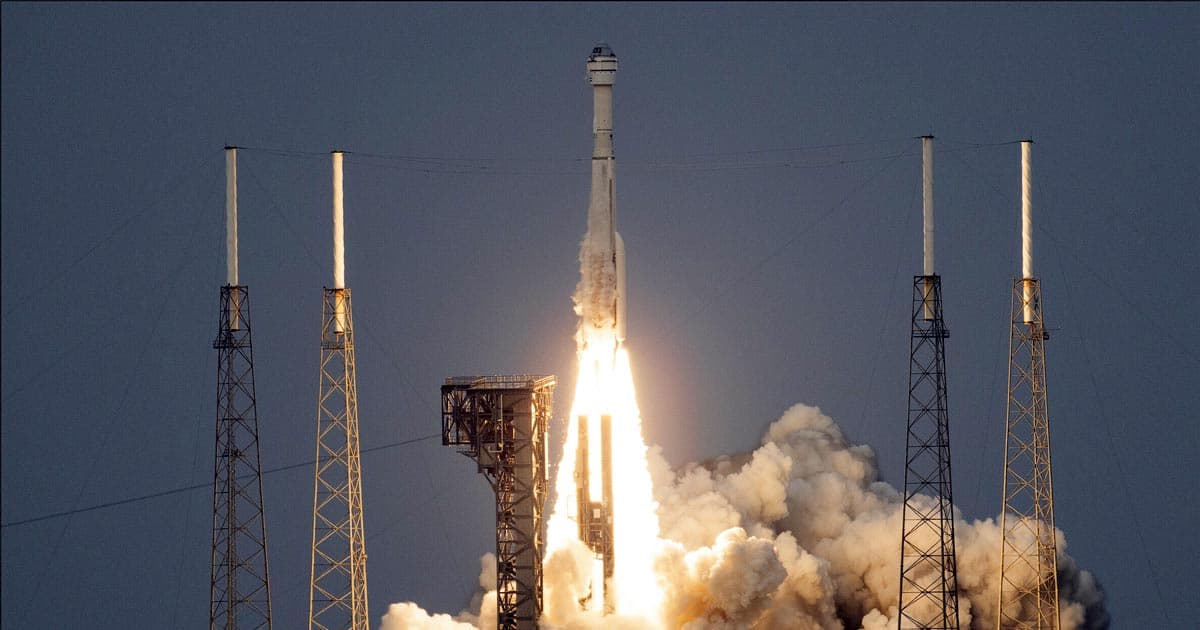 Fire Up the Backup

Engineers at Boeing can let out a big sigh of relief.

The defense contractor's much-delayed Starliner spacecraft finally made its way into stable orbit Thursday evening, after launching atop a United Launch Alliance Atlas V rocket from Cape Canaveral in Florida, the culmination of years of setbacks and complications.

But even in the course of that small victory, not everything went according to plan. Two of Starliner's thrusters didn't fire as planned just over 30 minutes into the flight. One thruster only managed to provide orbital insertion thrust for a single second. Its backup fired for 25 seconds before also giving up.

Fortunately, a third backup thruster was able to heave Starliner into stable orbit.

Boeing, however, claims everything went as planned.

"The system is designed to be redundant, and it performed like it was supposed to," said Mark Nappi, vice president and program manager for Boeing’s commercial crew program, during the livestream, as quoted by Space.com.

"Now the team is working the 'why' as to why we had those anomalies occur," he added.

The mission, dubbed Orbital Flight Test 2 (OFT-2), was the followup to a previous failed attempt to get into orbit and dock with the International Space Station.

That first attempt, back in December 2019, was plagued by software glitches and almost ended in a "catastrophic failure."

Boeing encountered plenty of hiccups prior to this week's OFT-2 mission as well, identifying major issues with the valves of Starliner's propulsion system late last year.

Despite all the trouble, NASA is joining Boeing in calling the launch a success.

The capsule is now making its way to rendezvous with the space station this evening. Hopefully, the rest of the journey will go by without a hitch.

More on Starliner: Boeing’s Attempt to Compete With SpaceX Is Even More Cursed Than We Thought

Worlds Apart
Boeing's Spaceship Cockpit Looks Strikingly Different Than SpaceX's
6. 11. 20
Read More
Not Great
Boeing’s Starliner Fails First Attempt to Reach Space Station
12. 20. 19
Read More
All For One
Gov. Watchdog: NASA Hid True Cost of Boeing Moon Rocket
6. 19. 19
Read More
+Social+Newsletter
TopicsAbout UsContact Us
Copyright ©, Camden Media Inc All Rights Reserved. See our User Agreement, Privacy Policy and Data Use Policy. The material on this site may not be reproduced, distributed, transmitted, cached or otherwise used, except with prior written permission of Futurism. Articles may contain affiliate links which enable us to share in the revenue of any purchases made.
Fonts by Typekit and Monotype.