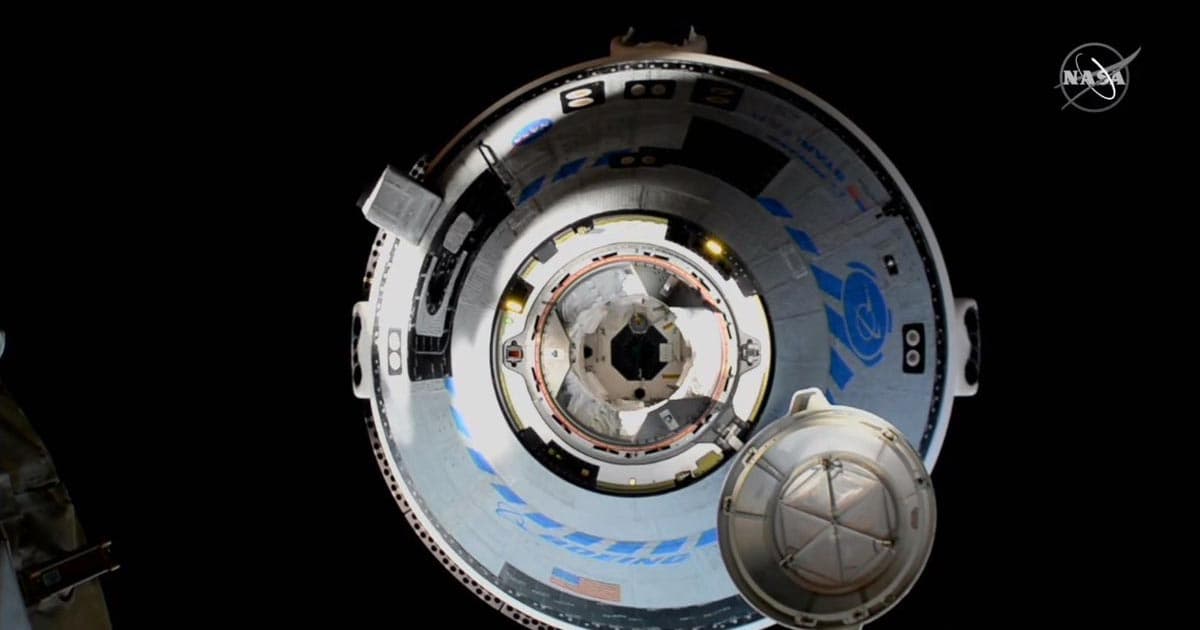 If this thing succeeds, it could be a major headache for SpaceX.

If this thing succeeds, it could be a major headache for SpaceX.

After years of delays and narrowly avoiding a catastrophe during its inaugural launch, Boeing's second attempt to dock its Starliner with the International Space Station is going pretty well, actually.

Despite two of the capsule's thrusters failing after last week's launch, Starliner is having much better luck as of late, successfully completing several mission objectives while docked to the station.

The spacecraft has been stuck in development hell for years now, meeting setback after setback. Its recent rendezvous with the space station, however, could indicate brighter days ahead for the space capsule — if, that is, it makes its journey back down to Earth in one piece.

According to a recent update, the spacecraft completed multiple flight test objectives, including connecting to the space station's computer systems and pressurizing the capsule's vestibule, allowing crew members to unload cargo.

"A superb mission so far — some issues are to be expected given the 'test' nature of the flight," Ars Technica senior space editor Eric Berger tweeted.

But the mission isn't over yet. Starliner is closing its hatches and getting ready to undock from the station to make its fiery ascent through the Earth's atmosphere on Wednesday.

It's scheduled to land in the White Sands Missile Range in New Mexico on Wednesday evening, where ground teams are already waiting to recover the capsule.

Is Boeing finally able to leave Starliner's troublesome past behind and focus on actually ferrying astronauts to the space station? NASA officials aren't ready to say just yet when the capsule's first crewed mission will take place, but we'll likely hear more from them later this summer.

And if Boeing can become a reliable shuttle to and from the station, that'll make it a much more formidable competitor to Elon Musk's SpaceX.