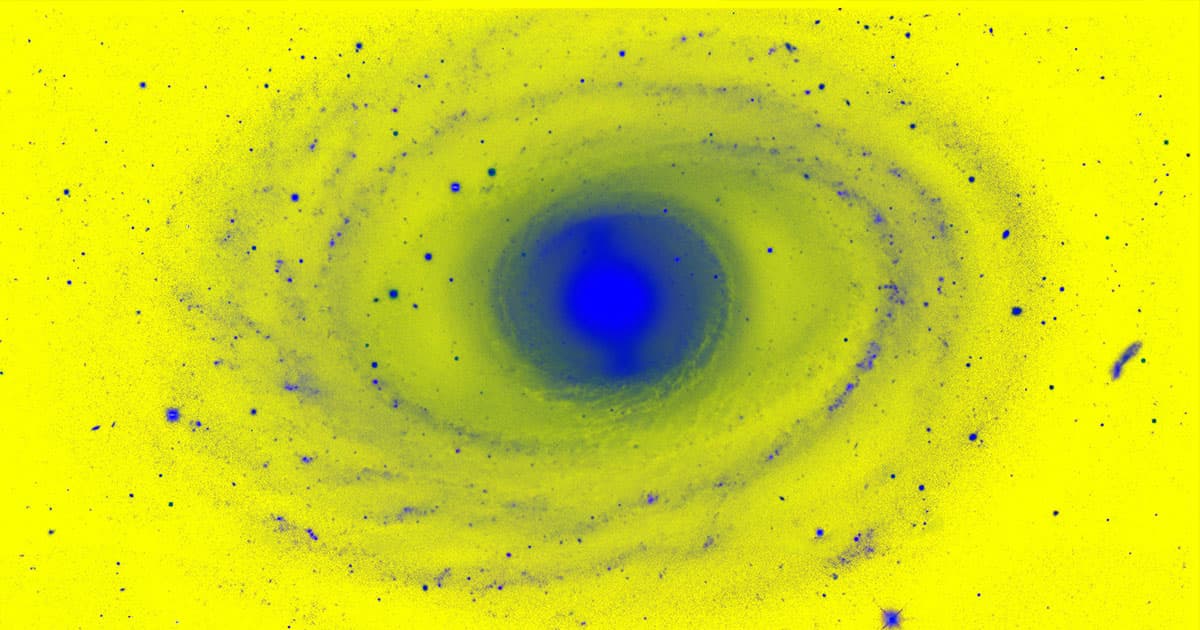 Some Black Holes May Actually Be Blobs of Dark Energy

Everything you thought you knew about black holes might be wrong.

Everything you thought you knew about black holes might be wrong.

Some of the black holes floating around our universe might actually be something else entirely.

It's possible that some may be blobs of dark energy, the mysterious theoretical force thought to be pushing the universe's outward expansion, according to Live Science. A pair of University of Hawaii scientists arrived at the unexpected conclusion when they were trying to make sense of that expansion — and if their work holds up it could rewrite our understanding of the cosmos.

Conventional physics holds that a black hole's singularity is an infinitely dense point that exerts a gravitational pull so strong that it absorbs anything that ventures too close. But some black holes may actually be dense masses of dark energy that grow larger as the universe expands, whether or not they feed on anything nearby, according to research published in The Astrophysical Journal in August.

In a second study posted on the preprint server ArXiv last month, the team found that the interactions of these theoretical objects could have caused some of the more bizarre and difficult to explain gravitational waves that were detected a few years back, Live Science reports.

In essence, replacing black holes with these so-called Generic Objects of Dark Energy would help explain several mysteries of the cosmos. But theoretical calculations aside, their work hasn't yet been confirmed.

And other experts are far from convinced. Vitor Cardoso, a physicist at Portugal's Instituto Superior Técnico told Live Science that the new models are "counterintuitive and hard to digest."

READ MORE: Black Holes As We Know Them May Not Exist [Live Science]