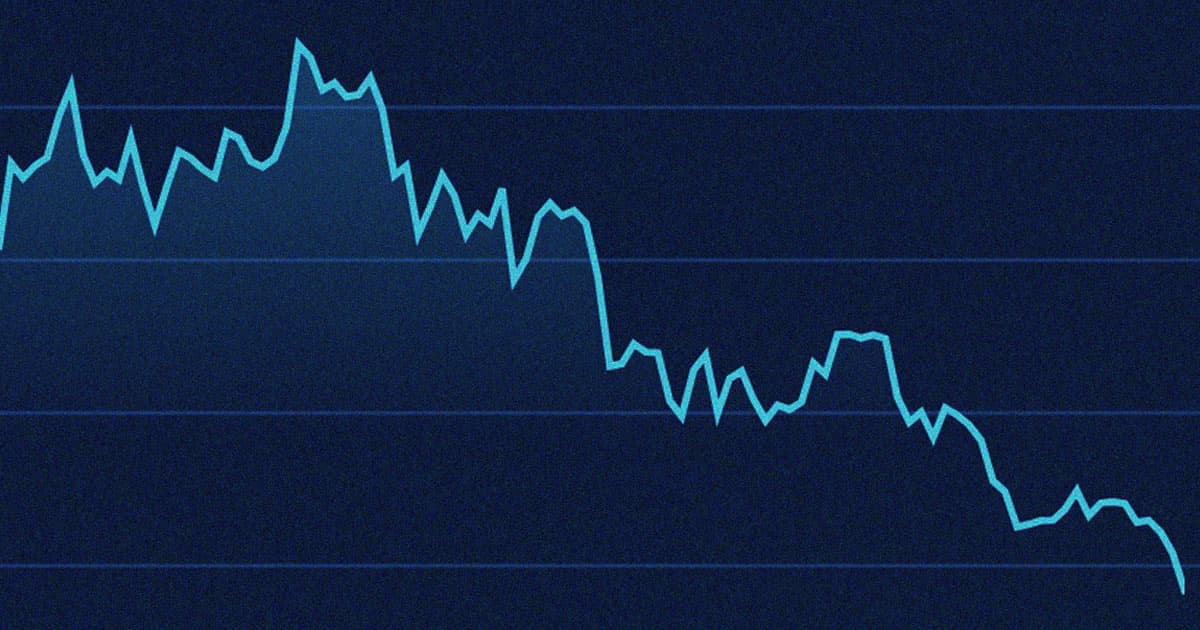 Bitcoin Is Down Really, Really Bad

As The Wall Street Journal notes, Bitcoin has shown a tight correlation between the rise and the fall of the stock market, which is part of the story of its meteoric fall this week. But there are other factors at play as well, from Russia's proposed crypto mining ban to the US Federal Reserve's hesitation on creating a digital currency making headlines just as Bitcoin began to crash.

All told, it's just another day in the chaotic world of crypto.

The #BitcoinCrash has now wiped out almost all the gains from 2020 pic.twitter.com/VhvkKbECFM

What Did You Expect?

Known for its volatility, Bitcoin's latest crash is still far from its lows last summer, when it plummeted to around $30,000 from a high of $60,000 (it's currently hovering around $38,000). Nevertheless, investors are looking for scapegoats, blaming pressure from Russia, China — which has banned crypto trading and mining — and the Fed for this crash, which followed an equally-stunning rise around November.

With Russia and the Fed's big decisions looming, they may have a point: Bitcoin's value has fallen nearly 11 percent in the last 24 hours alone, which is certainly cause for concern for those who have been banking on its relatively steady rise in value over the course of the past few months.

In the long run, of course, it's too soon to tell whether Bitcoin and other cryptocurrencies are going to continue to fall or spring back up. In the meantime, though, here's an analysis from Lil Wayne: