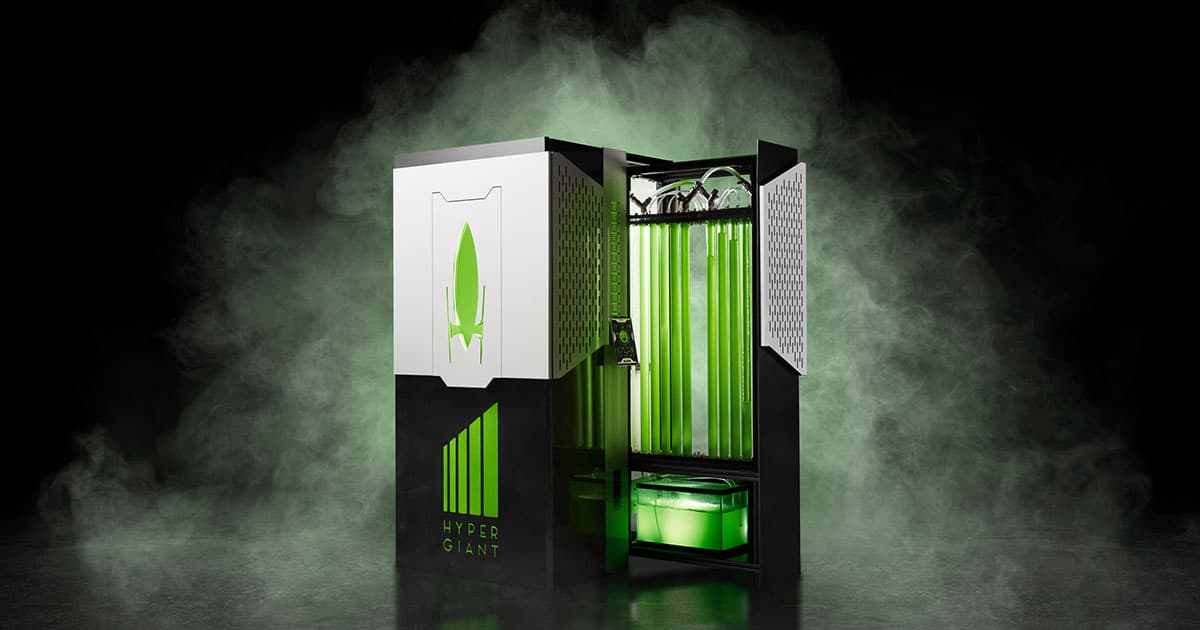 A new algae bioreactor can suck as much carbon dioxide out of the atmosphere as roughly an acre of forest — potentially giving dense cities a new weapon in the fight against catastrophic climate change.

Development firm Hypergiant Industries used AI systems to make its newly-announced Eos Bioreactor prototype, a 63-cubic foot box which is filled with algae. The startup says it takes in as much carbon as 400 trees and keeps it out of the environment.

It's a somber reality that carbon capture technology could be a crucial part of our fight against climate change, but no one has figured out how to build a carbon capture system at a large enough scale to be practical.

Algae bioreactors take a biological approach to carbon sequestration. Already an established concept — one's being tested at the International Space Station — the algae thrives on carbon dioxide emissions. The algae could theoretically then be harvested for use as a material or a source of dietary protein.

A Hypergiant spokesperson told Futurism that the company plans to release the blueprints for its system so that people can come up with new variants that might be easier to build into homes or office buildings.

"This device is one of our first efforts focused on fixing the planet we are on," said Hypergiant CEO Ben Lamm in a press release reviewed by Futurism. "We hope to inspire and collaborate with others on a similar mission."