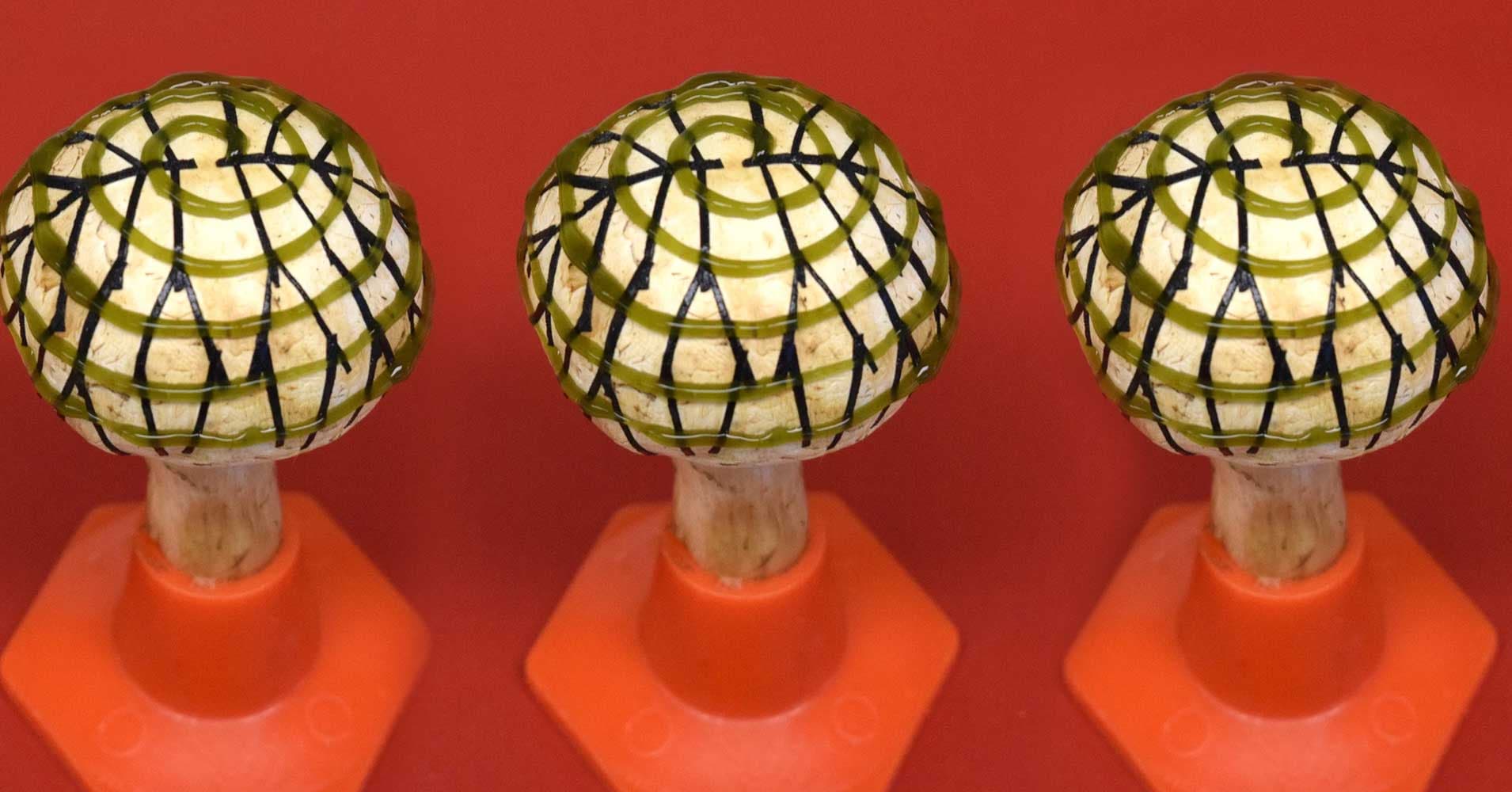 We Can Now Generate Electricity From "Bionic Mushrooms"

The fungi could finally let us harness the power of cyanobacteria.

The fungi could finally let us harness the power of cyanobacteria.

Researchers looking for new forms of renewable energy have long been interested in cyanobacteria, which are tiny microorganisms that naturally transform sunlight into electricity.

The problem has been keeping cyanobacteria alive long enough to do something with the electricity they produce — they tend to die quickly on artificial surfaces.

In the hunt for a better hosting surface for cyanobacteria, researchers from the Stevens Institute of Technology (SIT) landed on mushrooms — after all, they're home to other types of microorganisms — plus 3D-printed nanomaterials. The result: "bionic mushrooms."

The SIT researchers describe how they created their bionic mushrooms in a study published Wednesday in the journal Nano Letters.

First, they used a 3D printer to print an electronic ink packed with graphene nanoribbons onto the cap of a white button mushroom in a branched pattern. Then, they 3D printed a bio ink containing the cyanobacteria on top of that in a spiral pattern.

The team found that the mushroom-hosted cyanobacteria lived for several days longer than those on the control materials, which were a silicone mushroom and a mushroom the researchers killed with vinegar.

While the researchers couldn't actually do anything with their bionic mushrooms — the power they generated was minimal — they do believe the fungi serve as an important stepping stone along the path to useful bionic cyanobacteria systems.

"With this work, we can imagine enormous opportunities for next-generation bio-hybrid applications," said researcher Manu Mannoor in a press release. "For example, some bacteria can glow, while others sense toxins or produce fuel. By seamlessly integrating these microbes with nanomaterials, we could potentially realize many other amazing designer bio-hybrids for the environment, defense, healthcare, and many other fields."

More on cyanobacteria: Want to Breathe on Mars? A Sea-Dwelling Bacteria Could Make That Possible.

Dam Straight
China Says It's 3D Printing a 590-Foot Hydroelectric Dam With Zero Human Labor
May 11
Read More
Fusion Update
Chinese Scientists Say They've Discovered Cheap New Way to Do Nuclear Fusion
11. 12. 21
Read More
Brands We Love
Adding Solar Power to Your Home Is Complicated. But It Doesn't Have to Be.
4. 14. 21
Read More
+Social+Newsletter
TopicsAbout UsContact Us
Copyright ©, Camden Media Inc All Rights Reserved. See our User Agreement, Privacy Policy and Data Use Policy. The material on this site may not be reproduced, distributed, transmitted, cached or otherwise used, except with prior written permission of Futurism. Fonts by Typekit and Monotype.