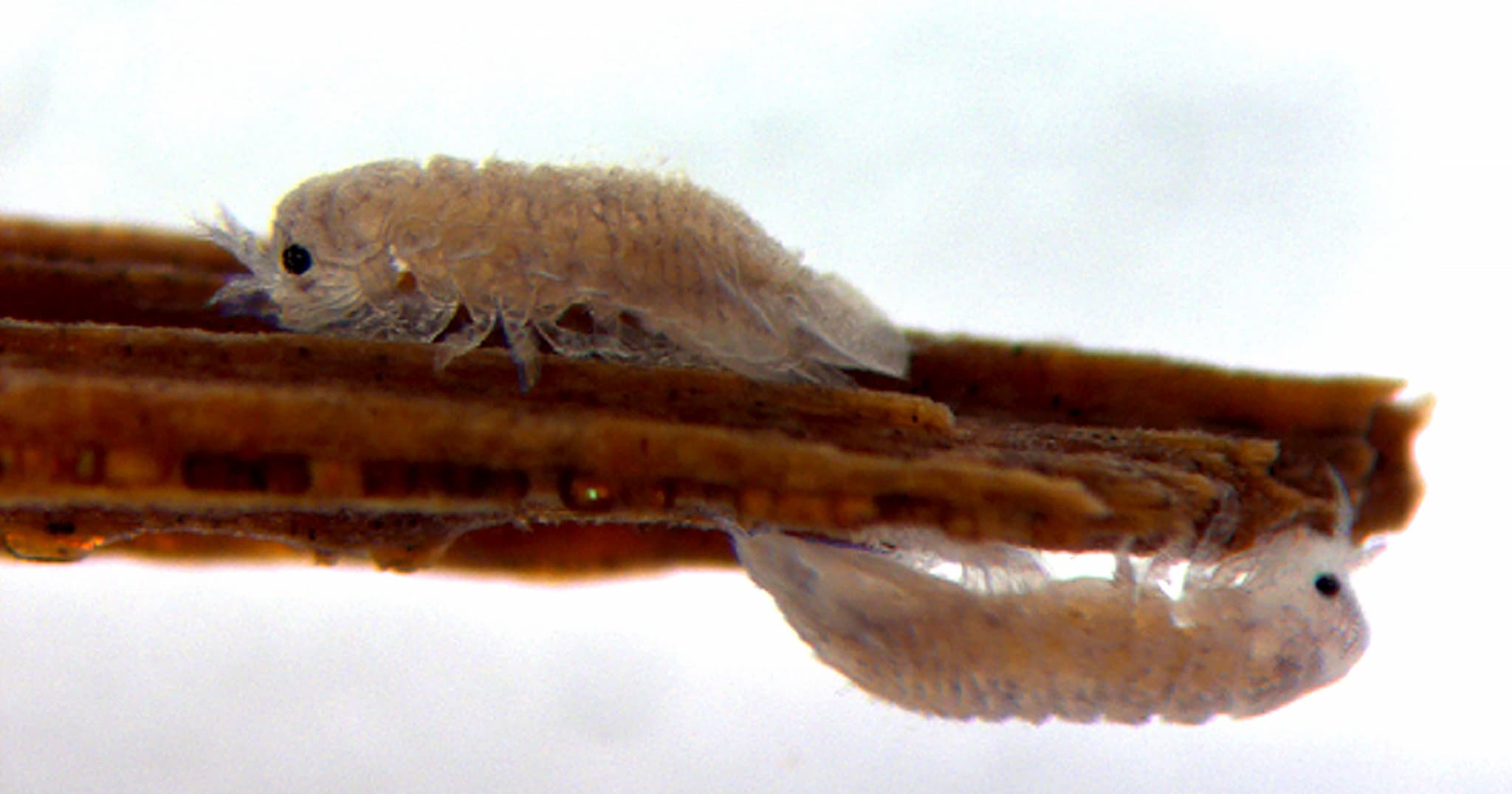 A Tiny Crustacean Could Help Us Create Biofuel From Wood

One day, wood could power everything from our cars to our airplanes.

One day, wood could power everything from our cars to our airplanes.

The termites of the sea could hold the key to sustainably transforming wood into a liquid biofuel.

Gribbles are tiny water-dwelling invertebrates that feed on wood. We've known for some time now that they are adept at breaking through lignin, the tough coating that envelops wood's sugar polymers — a part of the biofuel creation process that requires significant energy.

However, we didn't know exactly how they managed it — until now.

In a study published in Nature Communications on Monday, an international team of researchers describe a new investigation into the gribble's hind gut. The research led to the discovery that hemocyanin proteins, which transport oxygen through the bodies of invertebrates, play a major role in the crustacean's ability to extract sugars from wood.

"We have found that gribble chew wood into very small pieces before using hemocyanins to disrupt the structure of lignin," researcher Simon McQueen-Mason said in a press release. "GH7 enzymes, the same group of enzymes used by fungi to decompose wood, are then able to break through and release sugars."

We are already able to convert wood into a liquid biofuel we can use to power everything from airplanes to cars. The problem is that the wood must first undergo a thermochemical pretreatment to help break down lignin, which requires energy.

When the researchers pretreated wood with hemocyanins, though, they found it broke down just as easily as wood pretreated thermochemically. "In the long term," researcher Neil Bruce said in the press release, "this discovery may be useful in reducing the amount of energy required for pre-treating wood to convert it to biofuel."

If he's right, we could one day use climate-friendly, wood-generated biofuels to power our world — all thanks to what we learned when we looked at the guts of a tiny crustacean.

READ MORE: Don’t Quibble With a Gribble: Why a Curious Crustacean Could Hold Secret to Making Renewable Energy From Wood [University of York]

The World’s First US-to-Australia Biofuel Flight Was Powered by Mustard Seeds
1. 31. 18
Read More
One of the World's Largest Oil Companies is Spending $1 Billion a Year on Green Energy Research
11. 3. 17
Read More
The Energy of Tomorrow May Not Be Solar, but Seaweed
10. 9. 17
Read More
+Social+Newsletter
TopicsAbout UsContact Us
Copyright ©, Camden Media Inc All Rights Reserved. See our User Agreement, Privacy Policy and Data Use Policy. The material on this site may not be reproduced, distributed, transmitted, cached or otherwise used, except with prior written permission of Futurism. Articles may contain affiliate links which enable us to share in the revenue of any purchases made.
Fonts by Typekit and Monotype.