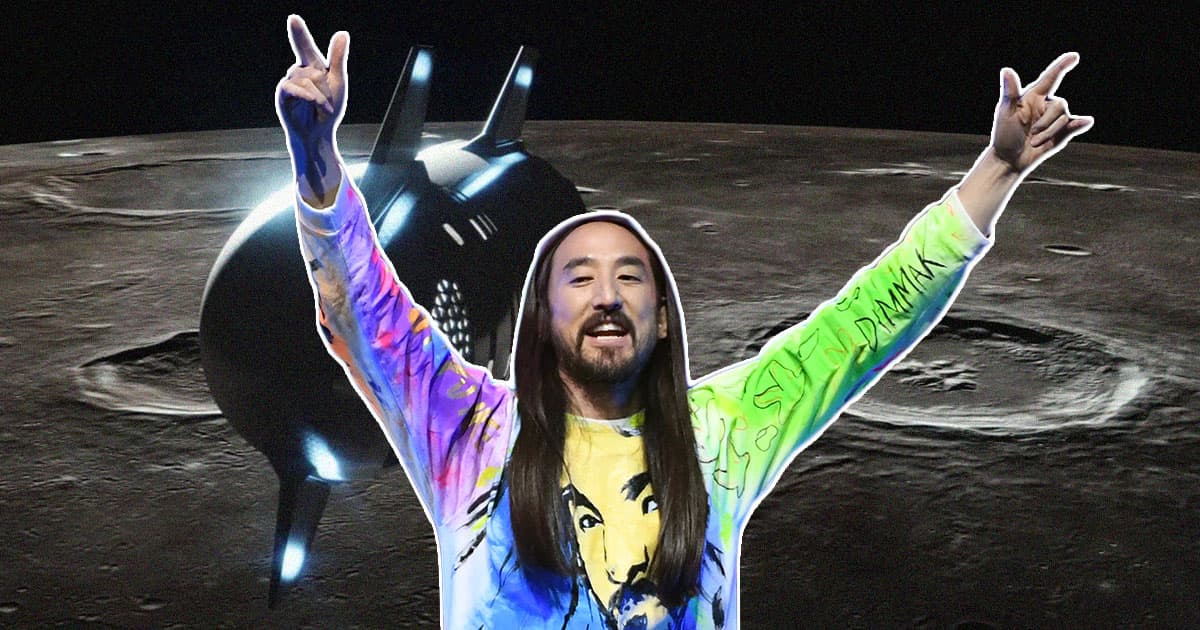 Get ready for the party rocket!

Get ready for the party rocket!

Fly Me to the Moon

Japanese billionaire Yusaku Maezawa has announced the crew of his upcoming flight around the Moon on board a SpaceX Starship spacecraft, which includes legendary DJ and music producer Steve Aoki, K-pop star Choi Seung-hyun, and "Everyday Astronaut" YouTuber Tim Dodd.

The crew of ten also includes two backup crew members, who were selected from a full million applicants, according to Maezawa.

The mission, dubbed "Dear Moon," which is scheduled to launch as soon as next year, could represent the first-ever civilian trip around the Moon — but, in an important detail, SpaceX still has to get its massive Starship spacecraft into space.

SpaceX announced over four years ago that Maezawa would be a passenger on board a Starship spacecraft. In preparation, the billionaire boarded the International Space Station in August 2021 after launching on board a Russian Soyuz rocket to get a taste of what it's like to spend time in outer space.

He'll have plenty of company while traveling to the Moon, and is being joined by at least eight influencers, including an Indian actor and a British photographer, nevermind the global EDM sensation Aoki.

"Life is fucking crazy," Aoki said in an expletives-laden announcement video after being told he was selected to join Maezawa on a week-long journey around the Moon.

"I applied to Dear Moon because as a young boy I always wanted to go into space," he said. "It has been a dream of mine for decades."

One Step at a Time

There'll be plenty of room on board the spacecraft. Starship is designed to transport up to 100 passengers.

But whether the potentially groundbreaking mission will be able to actually launch as soon as next year — or ever, really — is an extremely open question.

SpaceX may have made great strides in developing its super-heavy-lift spacecraft and accompanying Super Heavy booster, but the company has yet to complete a successful orbital launch.

Most recently, the company test fired 11 Raptor engines attached to a Super Heavy booster prototype simultaneously while strapped to a test stand at the company's facilities in South Texas.

But SpaceX CEO Elon Musk has yet to announce a date for the long-awaited first orbital test flight — let alone for Maezawa's vacation to the Moon.

More on Starship: Billionaire Buys SpaceX Moon Trip For Him and His Wife