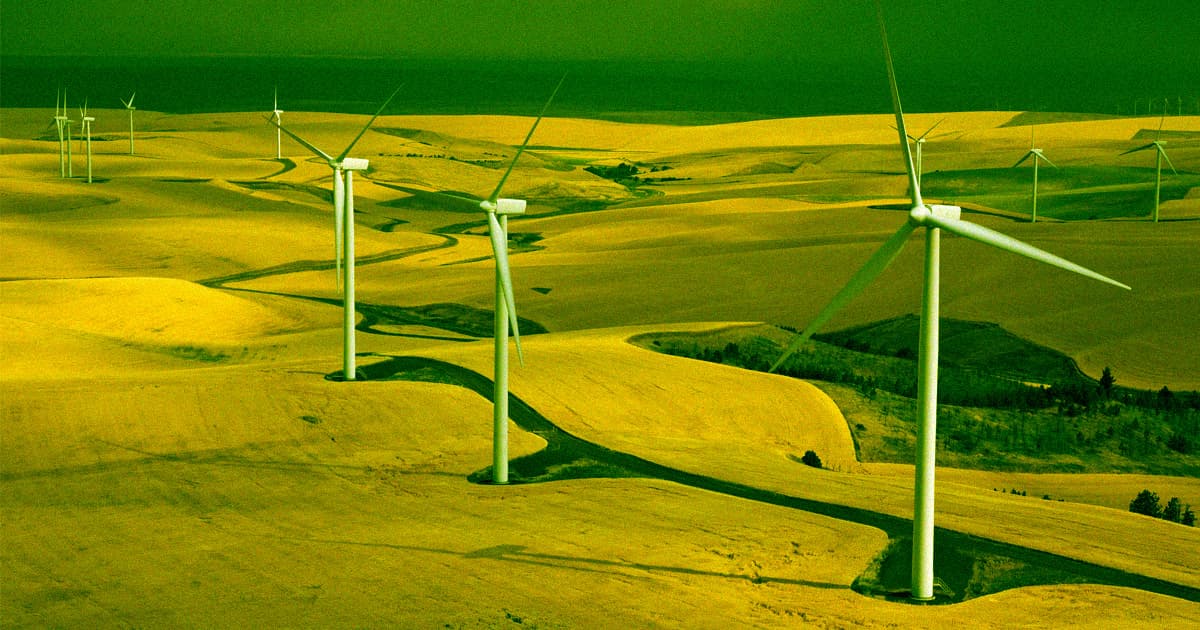 "If we act now, in 50 years people are going to look back and say: 'This was the moment that America won the future.'"

"If we act now, in 50 years people are going to look back and say: 'This was the moment that America won the future.'"

US President Joe Biden's administration has some ambitious plans to battle climate change.

According to a new fact sheet released by the White House on Wednesday, the White House is planning to spend a portion of the $2.3 trillion earmarked for infrastructure to achieve "100 percent carbon-free electricity by 2035."

"If we act now, in 50 years people are going to look back and say: 'This was the moment that America won the future,'" Biden said during a speech at a carpenters union training center in Pittsburgh.

As part of the plan to make the nation's grid entirely carbon free, the Biden administration is planning to "build a more resilient electric transmission system" and modernize power generation by introducing tax credit incentives to develop "clean energy generation and storage," according to the fact sheet.

The administration is also planning to power federal buildings with "24/7 clean power" by using federal funds.

Rebates would also be given out to utilities to further the use of solar, wind, and other carbon-free energy resources.

"In addition to creating good jobs in hard-hit communities, this investment will reduce the methane and brine that leaks from these wells, just as we invest in reducing leaks from other sources like aging pipes and distribution systems," reads the fact sheet.

It's a highly ambitious project that for now serves mostly as symbolic milestone for the US government, in Scientific American's analysis. Previous clean energy plans announced by Biden late last year set the goal at creating energy 100 percent carbon-free by 2050.

Republicans in Congress may also present a major hurdle for the Biden administration's ambitious plans to push forward its clean energy plan.

Dam Straight
China Says It's 3D Printing a 590-Foot Hydroelectric Dam With Zero Human Labor
5. 11. 22
Read More
Fusion Update
Chinese Scientists Say They've Discovered Cheap New Way to Do Nuclear Fusion
11. 12. 21
Read More
Brands We Love
Adding Solar Power to Your Home Is Complicated. But It Doesn't Have to Be.
4. 14. 21
Read More
+Social+Newsletter
TopicsAbout UsContact Us
Copyright ©, Camden Media Inc All Rights Reserved. See our User Agreement, Privacy Policy and Data Use Policy. The material on this site may not be reproduced, distributed, transmitted, cached or otherwise used, except with prior written permission of Futurism. Articles may contain affiliate links which enable us to share in the revenue of any purchases made.
Fonts by Typekit and Monotype.