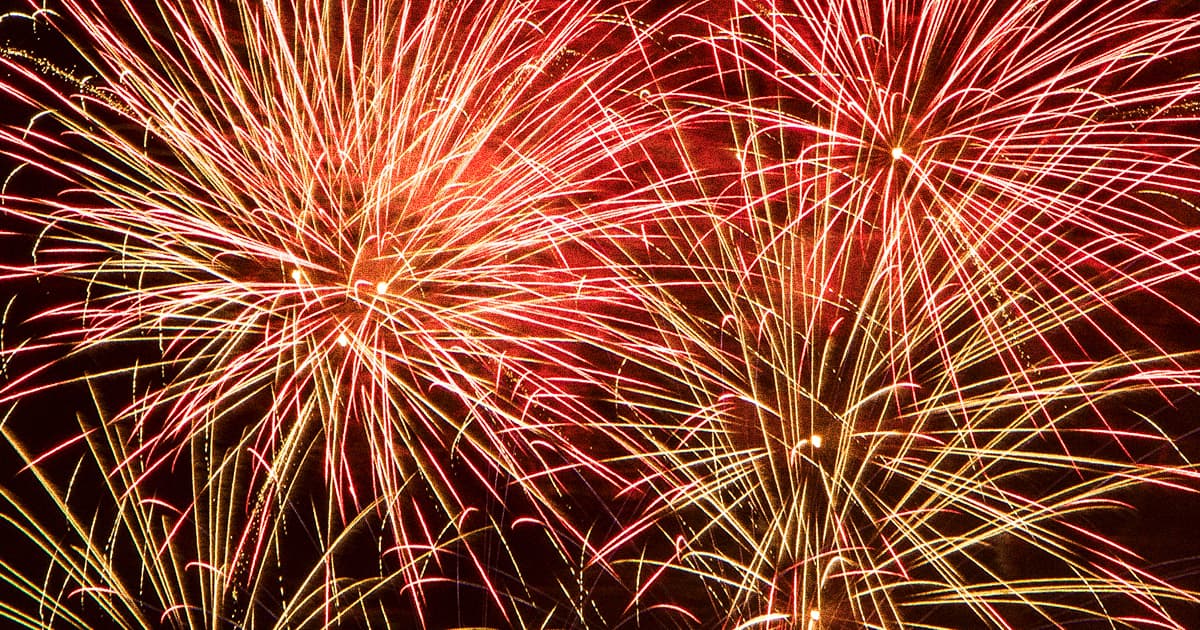 People are dying; screw your sparklers.

People are dying; screw your sparklers.

Right now, the northwest United States and the western chunk of Canada are in the throes of a relentless, infrastructure-melting heatwave that's already killed hundreds of people. Wildfires in the same areas are making matters worse, and severe drought has essentially turned much of the western US into a tinderbox waiting for a spark,

It certainly seems like a good time for everyone to take a step back and exercise extreme caution, lest they accidentally start the next horrific wildfire. But also the 4th of July is coming up, so really, who's to say what the right move is?

Well, if you ask over the 100 climate scientists who recently banded together to sign a statement on the upcoming holiday, the right move would probably be to exercise a modicum of common sense and skip the backyard explosives this year, according to an essay in The Conversation penned by some of the signatories.

"For decades, one of the most striking and predictable patterns of human behavior in the western U.S. has been people accidentally starting fires on the Fourth of July," the essay reads.

In the US, over 7,000 wildfires have started on July 4 — nearly three times more fires per year than the next highest calendar date outside of Independence Day weekend. And most of those fires began near homes, the scientists note.

Presumably, those homes belonged to people who also thought their fireworks shows couldn't possibly cause the next disaster, if you catch our drift.

"Year-round, humans extend the fire season by igniting fires when and where lightning is rare," the Conversation essay reads. "And it is these very fires that pose the greatest threat to lives and homes."

Seriously, just watch "Independence Day" or something. There's too much at stake to risk setting another horrific wildfire with a fireworks mishap. We promise you'll survive without them.

READ MORE: Over 100 fire scientists urge the US West: Skip the fireworks this record-dry 4th of July [The Conversation]

Tech Hub
The Skies in California Basically Look Like the Apocalypse Right Now
9. 9. 20
Read More
A Wave of Climate Refugees Could Soon Emerge in the US
1. 5. 18
Read More
Climate Change Is Increasing Forest Fires, and the Cost Will Be Huge
12. 16. 17
Read More
+Social+Newsletter
TopicsAbout UsContact Us
Copyright ©, Camden Media Inc All Rights Reserved. See our User Agreement, Privacy Policy and Data Use Policy. The material on this site may not be reproduced, distributed, transmitted, cached or otherwise used, except with prior written permission of Futurism. Fonts by Typekit and Monotype.