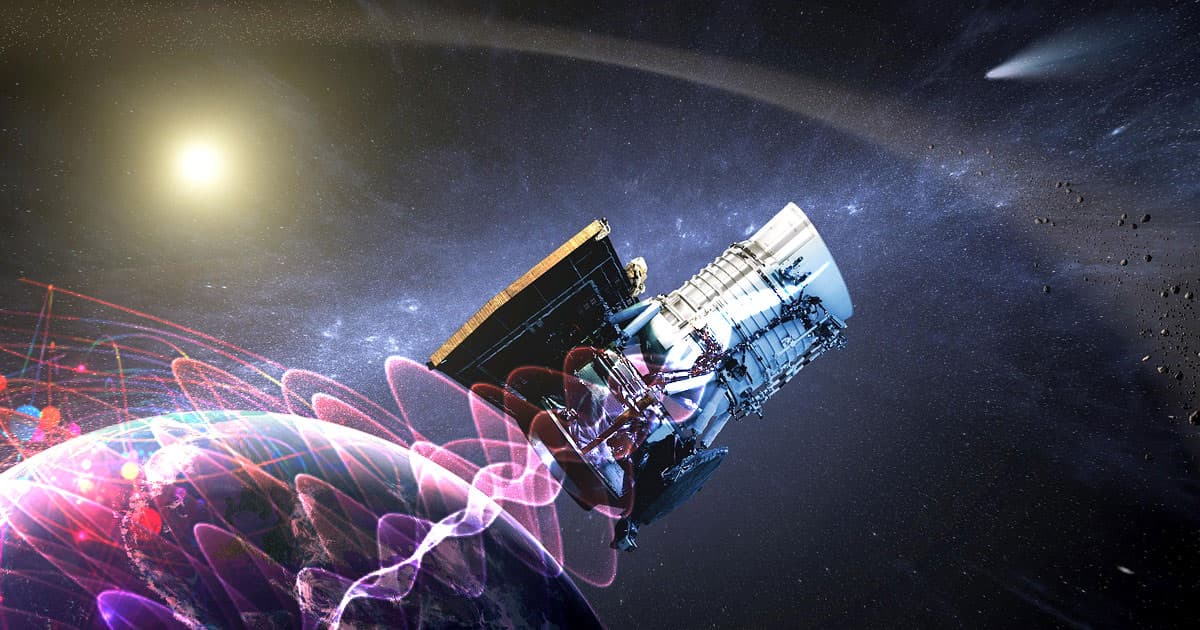 Chinese Scientists Figured Out How to Beam Quantum Messages From Satellites

A team of Chinese scientists just vastly improved the length over which they can send a quantum-encrypted message, managing to beam one all the way down from a satellite.

The transmission — which uses a quantum computer-proof form of encryption called quantum key distribution — traveled 756 miles from orbit to a facility on the ground, Space.com reports. That's over 12 times farther than the previous record. The experiment suggests a new era of both satellite communications and (at last) practical quantum computing.

Cybersecurity experts have long warned that quantum computers, whenever it is that they become useful, will render useless most conventional forms of encryption. This new satellite experiment, which is described in research published in the journal Nature, suggests that it may be possible to send secure messages yet.

"A remarkable feature of the entanglement-based quantum cryptography as we demonstrated here is that such security is ensured even if the satellite is controlled by an adversary," University of Science and Technology physicist Jian-Wei Pan told Space.com.

It turns out that routing quantum messages through space might be better than terrestrial communications anyway, which is a happy little coincidence that helped the team blow away the long-range record by such a wide margin.

Quantum tech, as it is right now, is notoriously fragile: Signals are easy to corrupt, and well, quantum physics is already tricky as hell. So for the entangled photons being beamed around, Space.com, reports, the vacuum of space is like a nice and gentle, turbulence-free breeze.