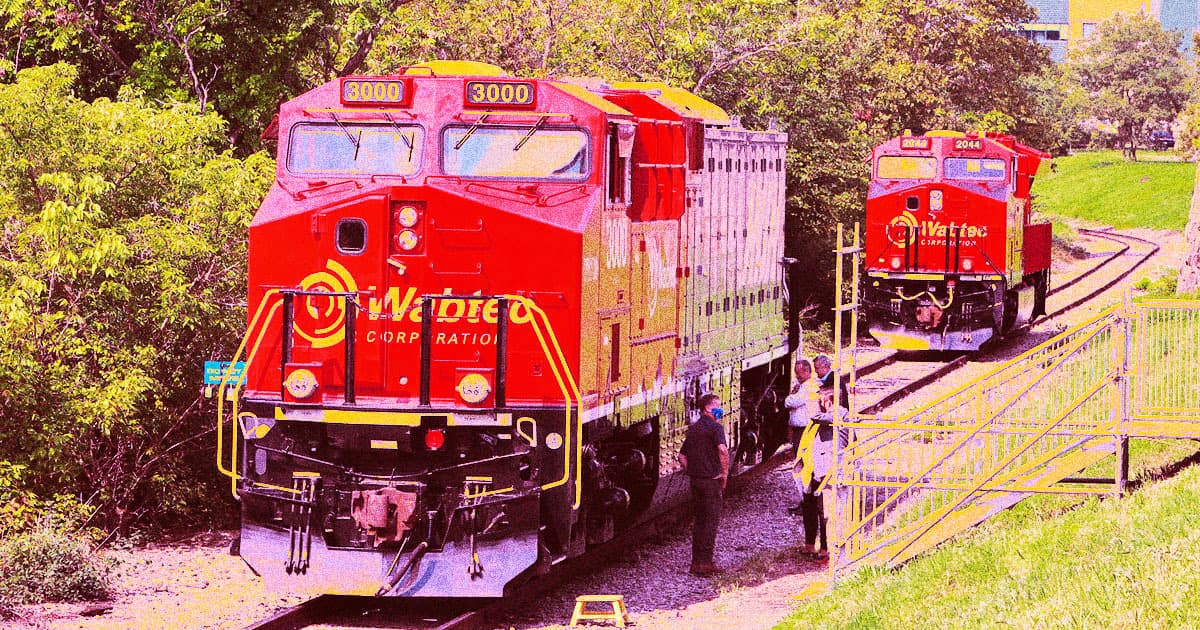 President Joe Biden really loves trains. Like, really loves trains. So it’s no surprise he was smiling broadly while announcing Union Pacific’s new purchase of 20 battery-powered locomotives in a video published in late January. According to a UP press release issued last month, the purchase is the largest-ever investment in battery electric technology by a major railroad. Biden said the money will end up supporting other companies, too.

According to UP, the first locomotives arrive in 2023 and all should be delivered by 2024. They’ll immediately be put to work in rail yards in California and Nebraska and tested in cold and warm weather. UP says the hope is the rail yard lessons will allow the locomotives to eventually be used for long-haul travel.

Wabtec CTO Eric Gebhardt told Wired the trip saved about 11 percent on fuel and emissions, and that the next-generation battery locomotive could cut emissions by up to 30 percent. Another strong selling point is regenerative braking, which allows the trains to recapture energy when they slow down that’s lost forever by locomotives powered by fossil fuels.

It’s great that UP is buying battery-powered locomotives to begin testing, not to mention that the US has a president interested in supporting advanced and ecofriendly transport. If Biden were to work more clean energy and rail transport of this kind into the country’s infrastructure plan, it could pay dividends quickly.

EV Competition Heats up Between Chinese Startup and Tesla
12. 19. 17
Read More
The U.S.’s First Private, High-Speed Train Service is Opening in Florida
12. 9. 17
Read More
Hydrogen-Powered Trains Are Coming to Germany in 2021
11. 23. 17
Read More
+Social+Newsletter
TopicsAbout UsContact Us
Copyright ©, Camden Media Inc All Rights Reserved. See our User Agreement, Privacy Policy and Data Use Policy. The material on this site may not be reproduced, distributed, transmitted, cached or otherwise used, except with prior written permission of Futurism. Fonts by Typekit and Monotype.