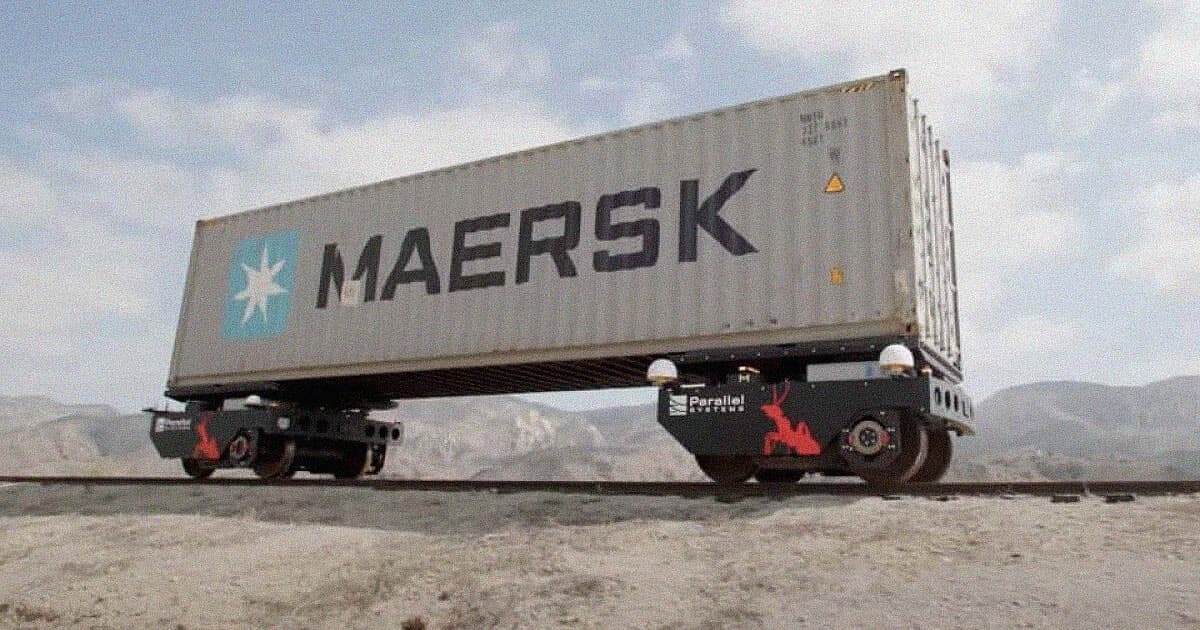 "The problem now is that you have the three-mile-long train. Where do you park a train that big?"

"The problem now is that you have the three-mile-long train. Where do you park a train that big?"

A startup called Parallel Systems, founded by a team of former SpaceX engineers, is hoping to revolutionize the cargo industry by allowing individual autonomous shipping containers to zip along existing freight railroads — and it's all electric, Ars Technica reports.

The idea is to give operators much more flexibility by loosening their reliance on lengthy freight trains pulled by massive locomotives. It's also spurred by the advent of autonomous trucking, which has the potential to be far more lucrative than traditional rail — but which Parallel Systems sees as an opportunity.

"The problem now is that you have the three-mile-long train," Parallel Systems CEO Matt Soule told Ars. "Where do you park a train that big? And the answer is 'not that many places."

Each container unit is designed to be autonomous, housing a battery powered motor that can take individual shipping containers for a 500 mile ride on a single charge. The company is still planning on having a remote operator to jump in for edge cases.

It's also unlikely the containers will be travelling entirely by themselves.

"We think our platoon sizes are ideally between ten and 50 cars," Soule told Ars. "With ten, you’re sharing the aerodynamic load over multiple cars, and the benefits of that kind of asymptote out around ten cars."

While that sounds like a train, the platoons aren't actually attached to each other, like on a regular train. 50 cars would also still be very short on the scale of a regular freight train.

The company's futuristic vision could inject some much needed flexibility into the freight shipping infrastructure.

In short, the company is aiming its sights at the trucking industry — not the freight train industry — by bringing terminals closer to "where your customer and shipper are," Soule told Ars.

Parallel Systems still has to figure out where to install all the needed transfer terminals, nevermind make sure there are enough tracks, especially in underserved areas of the country.

And that's a much bigger problem to deal with, as the US has historically been far behind other developed countries when it comes to rail infrastructure.

More on cargo: Cargo Ship Will Get Dragged Through Ocean by Giant Kite

Fully Electric "Tesla of the Canals" Set to Make Maiden Voyage This Summer
1. 25. 18
Read More
The World's First Fully Unmanned Train Is Officially in Operation
10. 3. 17
Read More
This Swedish Startup Could Automate the Trucking Industry
7. 7. 17
Read More
+Social+Newsletter
TopicsAbout UsContact Us
Copyright ©, Camden Media Inc All Rights Reserved. See our User Agreement, Privacy Policy and Data Use Policy. The material on this site may not be reproduced, distributed, transmitted, cached or otherwise used, except with prior written permission of Futurism. Articles may contain affiliate links which enable us to share in the revenue of any purchases made.
Fonts by Typekit and Monotype.