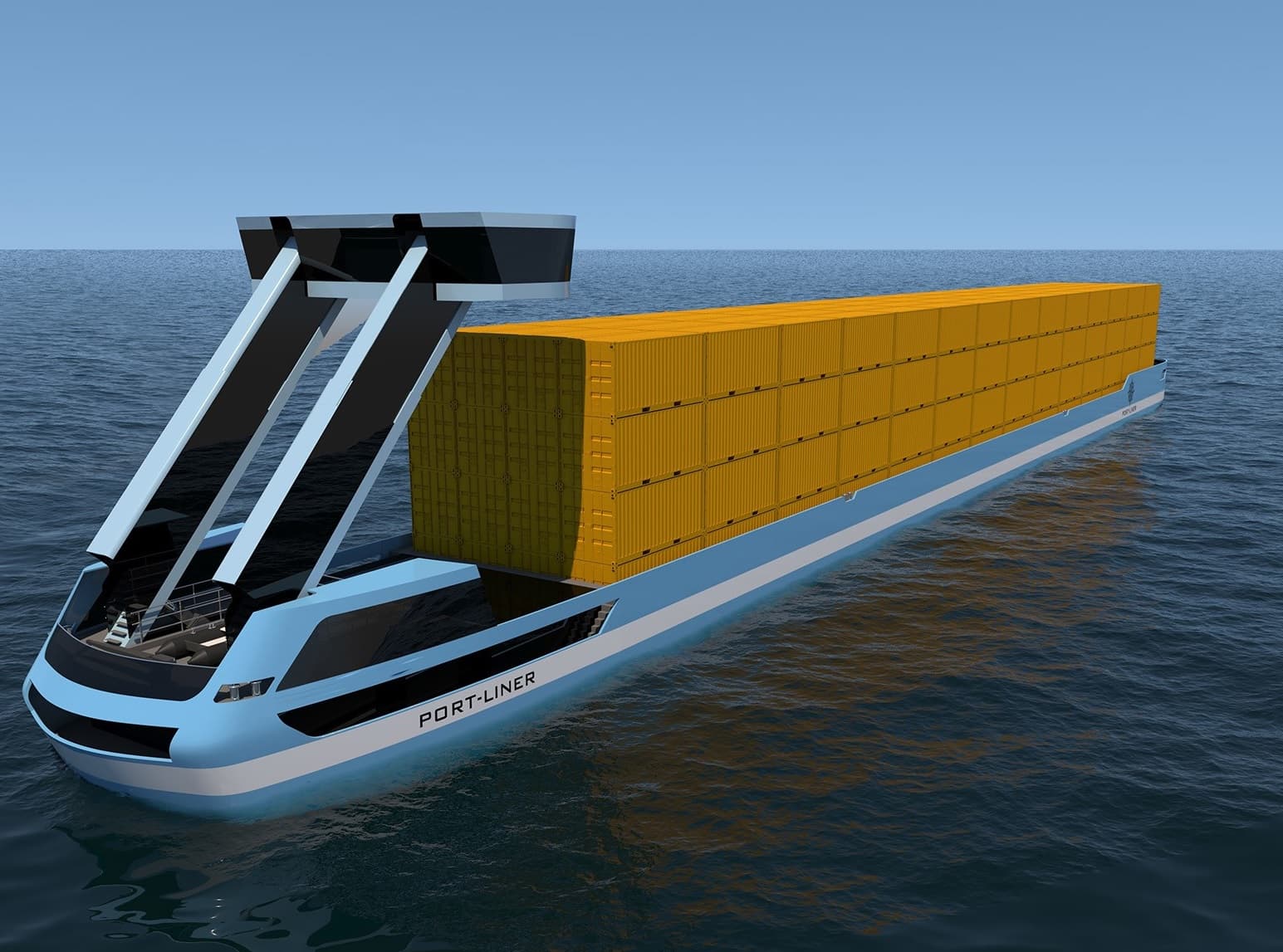 A new autonomous ship built by Dutch company Port-Liner, dubbed the "Tesla of the Canals", is getting ready to hit the waters connecting the ports of Antwerp, Amsterdam, and Rotterdam this summer. The vessel is powered solely by a set of 6 meter (20 ft) long batteries which are charged using carbon-free energy provided by one the Netherland's largest energy providers, Eneco. The ship will be able to run completely autonomously without a crew. Still, the boats will be manned when first deployed, as is common while companies first test autonomous technologies.

The ships will help replace 23,000 freight trucks from the roads. As most of these trucks run on diesel, the shift will go a long way to improve air quality in the Netherlands. The rollout is planned for August and will see five of the 52 meter (170 ft) long, 6.7 (22 ft) meter wide barges on the waterways. Each vessel will be capable of carrying 24 shipping containers weighing up to 425 tonnes. The battery life of the ships will allow them to operate for 15 hours.

Port-Liner hopes to introduce a second round of larger ships sometime in the third quarter of this year. The company expects to be able to build up to 500 ships per year. While this may not bode for a rapid turnaround for freight in the region, the larger barges alone will account for a reported reduction of 18,000 tonnes per year of carbon dioxide emissions. The ships' development was made possible by €7 million ($8.7 million) in subsidies from the European Union and the participating ports.

Chief executive of Port-Liner Ton van Meegen told The Loadstar that even older barges could eventually be upgraded to run on autonomous systems using their technology. We could soon have autonomous fleets responsible for delivering goods by all available modes of transportation.