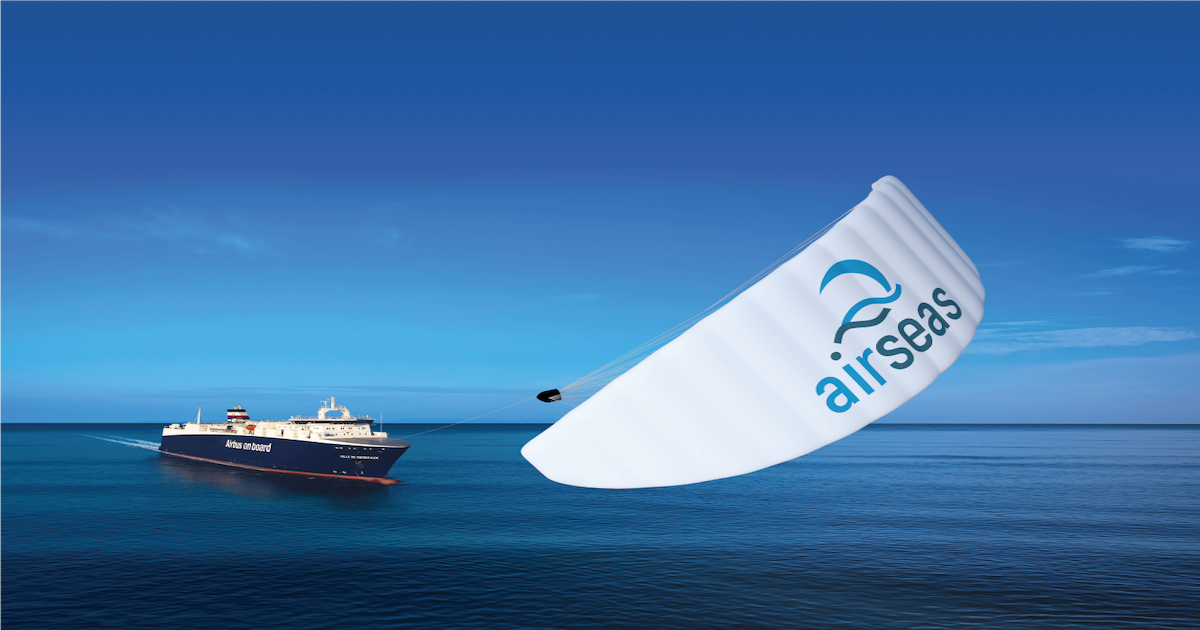 Cargo Ship Will Get Dragged Through Ocean by Giant Kite

It looks like one renewable energy company has reinvented the wheel... er, sail. According to Gizmodo, a huge cargo ship will use a large kite to drag itself across the ocean in a test run next month that'll explore the possibility of using wind power to reduce the shipping industry's immense carbon footprint.

Airseas, a French renewable energy startup, will make its test run early in 2022 using a parafoil kite measuring around 5,380 square feet, according to Bloomberg. It will be attached to a 505-foot ship called the Ville de Bordeaux, which will test out the kite — called a Seawing — for six months before returning to its regular route.

On its website, the company says a major goal is deploying eco-friendly propulsion systems to 10 percent of the world's cargo fleet by 2030. Technically, the kite isn't attached to the deck of a boat like a typical sail. Renderings show the kite sailing far away into the air above the boat, and Airseas has said it can be retrofitted to fit any kind of ship.

Gizmodo reports that 80 percent of all the world’s goods are transported on around 50,000 ships. Cargo ships use a particularly nasty power source called “bunker fuel," and it’s estimated it spews out more than 2 percent of global carbon emissions and between 10 percent to 15 percent of the world’s sulfur oxide and nitrous oxide pollution.

It's worth noting that Ville de Bordeaux and other ships using the Seawing will still use their engines, but should be able to increase fuel economy by harnessing the wind as well. If it really does reduce emissions, and if Airseas accomplishes their goal of outfitting 10 percent of the world's fleet quickly, who cares if the Seawing is just a new kind of sail?

We need all hands on deck to attack climate change if we hope to survive.