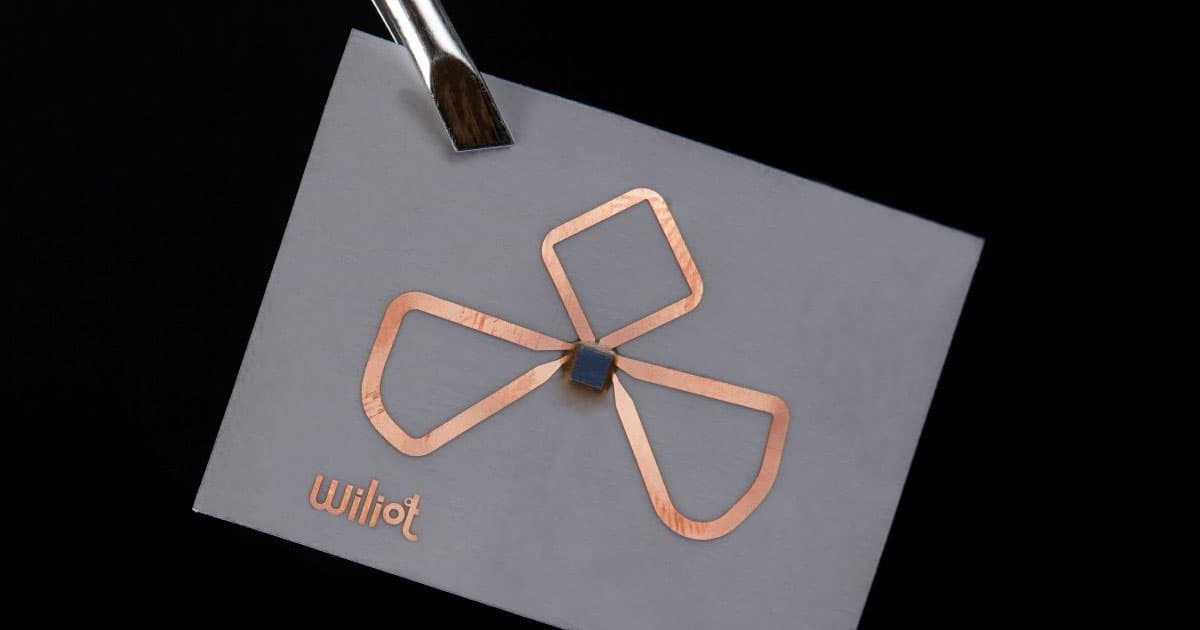 It could make everything you own “smart.”

It could make everything you own “smart.”

Signs point to us eventually living in a world in which nearly everything around us is "smart." Our clothes will send messages to our smartphones letting us know when they need washed, and our milk will order its own replacement as its expiration date nears.

But before the Internet of Things can fully take hold, we need to figure out a cheap and versatile way to give all these objects the ability to communicate — and the world's first battery-free Bluetooth chip just might do the trick.

The chip is paper-thin and about the size of a postage stamp. It can sense weight and temperature and is able to send encrypted information via Bluetooth a distance of about 3 meters. Rather than using some sort of battery to power this operation, the chip pulls energy from ambient Wi-Fi, Bluetooth, and cellular signals.

Following the NRF demonstration, Wiliot announced that it had raised an additional $30 million in funding, with tech powerhouses Amazon and Samsung both investing.

Wiliot is confident that its battery-free Bluetooth chips will help us realize the promise of a fully connected world.

"Re-cycling the radiation around us to power sticker-size sensors can enable new ways for consumers to interact with products that were previously not feasible," Wiliot CEO and co-founder Tal Tamir said in a press release. "Products can share when they are picked up, their temperature, or when they need to be replenished."

"Without batteries or other high-cost components," he continued, "tags have unlimited power and lifespan, so [they] can be embedded inside of products that were previously unconnected to the Internet of Things."

READ MORE: This Tiny Bluetooth Chip Doesn’t Need a Battery Because It Harvests Energy From the Air [The Verge]

More on the IOT: Everything Is Smart in the Future, Even the Freakin’ Walls

FROM THE DEPT. OF THINGS TO BUY
The Best Home Bluetooth Speakers for 2023
Jan 14
Read More
FROM THE DEPT. OF THINGS TO BUY
Best Outdoor Bluetooth Speakers of 2023
4. 20. 22
Read More
"Smart" Homes
Amazon Outage Shuts Down IoT Vacuums, Doorbells, Fridges, Even Home Locks
12. 8. 21
Read More
+Social+Newsletter
TopicsAbout UsContact Us
Copyright ©, Camden Media Inc All Rights Reserved. See our User Agreement, Privacy Policy and Data Use Policy. The material on this site may not be reproduced, distributed, transmitted, cached or otherwise used, except with prior written permission of Futurism. Articles may contain affiliate links which enable us to share in the revenue of any purchases made.
Fonts by Typekit and Monotype.