Everything Is Smart In The Future, Even The Freakin’ Walls

With a little paint and some copper wires, you could just slap the wall to turn off the lights, to hell with switches. 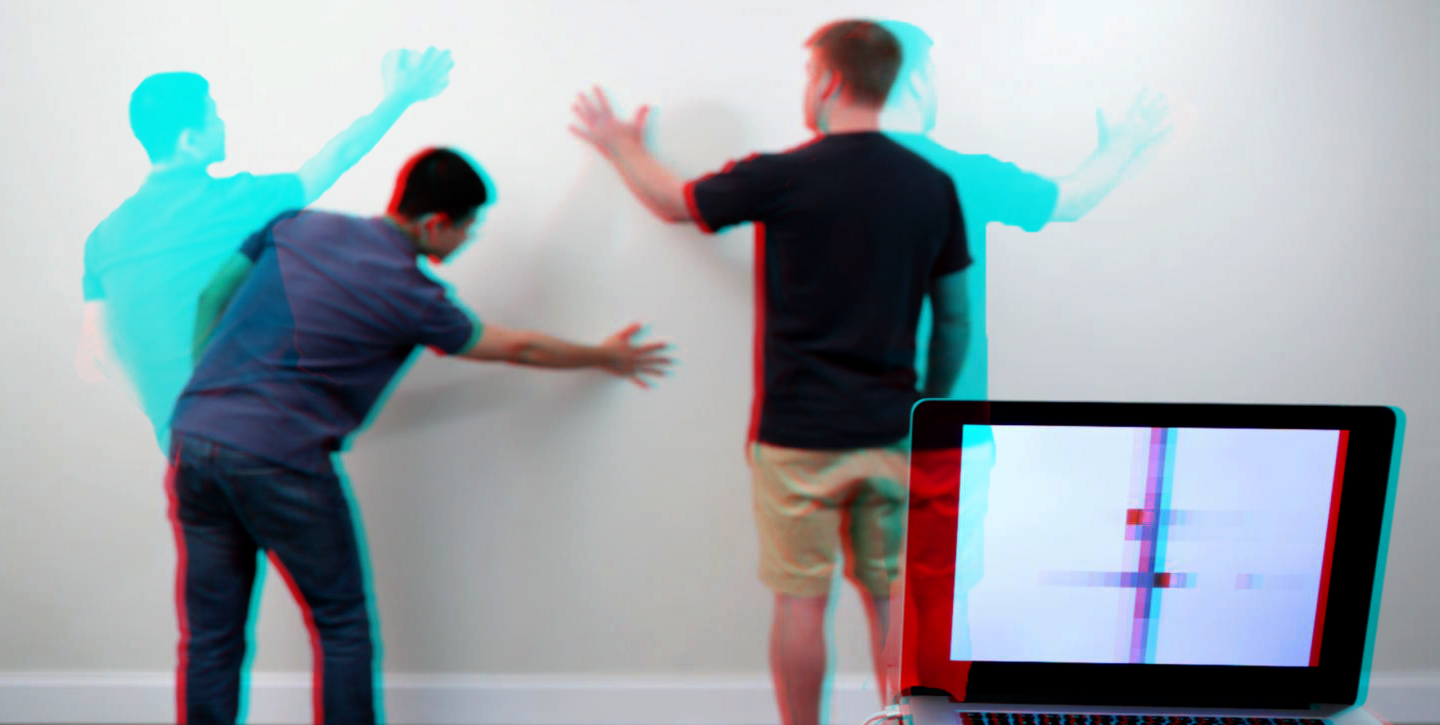 In the future, everything is connected. Even our walls will be watching us binge watch TV on our couches.

Yes, the internet is already connected to doorbells, toasters, and light bulbs, changing the way we interact with them. Even our fridges are possessed by an AI that can shame us for not picking the free-range, organic eggs.

Now, researchers from the Carnegie Mellon University teamed up with researchers from Disney (yep, the Disney of World, Land, and Cinderella) to transform those lame, “dumb” walls into smart walls. They function as a gigantic trackpad, sensing a user and their movements.

In the paper presented at the 2018 Conference on Human Factors in Computing Systems in Montreal, Quebec, the researchers note their goal to give walls the ability to track a user’s touch and gestures through “airborne electromagnetic noise” — more or less (mostly less) the same kind of sensing your smartphone screen does.

Their pitch had me hooked from the start: “Houses, offices, restaurants, schools, museums — walls are everywhere, yet they are inactive.” Totally. All walls do is, you know, hold up structures and separate the noisy goings-on in various rooms to, like, give people privacy and stuff. We’re tired of giving walls a free ride; it’s time walls started holding up their own weight around here.

Rather than using a camera to locate a user and track their movement, as other systems do, this system relies on a grid of “large electrodes” covered in a layer of water-based paint that conducts electricity. Water-based paint is less smelly and looks better than other conductive paints, like nickel-based ones. And all it took to connect the electrodes was copper tape. Cha-ching, goes the checkout lane at Home Depot, for a measly 20 bucks per square meter.

But the team does have some actual uses in mind for their invention: users could play videogames by using different poses to control them, change the channel on their TV with a wave of their arm, or slap the wall directly to turn off the lights, no need for light switches.

Yes, indeed, we are truly living in the future.

Read This Next
From Our Partners
Build Your Own Internet Of Things With 98% Off These Arduino Training Classes
From Our Partners
Make Amazing DIY Tech With 75% Off This ESP32 Training Package
From Our Partners
Stock Up On The Educational Courses You Won’t Find On Amazon Prime Day
Raspberry Pi-rade
Learn How the Internet of Things Works with These Raspberry Pi Classes
Brands We Love
This Stylish Carry on Is the Must-Have Smart Luggage for Tech-Savvy Travelers
More on Sci-Fi Visions
Space Sick
Jan 15 on neoscope
Space Is Wreaking Havoc on Astronauts’ Blood
FROM THE DEPT. OF...
Jan 10 on futurism
The Coolest Tech Products We’re Excited to Review from CES 2022
Second Life
Jan 10 on the byte
Expert Says People Will Soon Live Entire Lives in Metaverse
READ MORE STORIES ABOUT / Sci-Fi Visions
Keep up.
Subscribe to our daily newsletter to keep in touch with the subjects shaping our future.