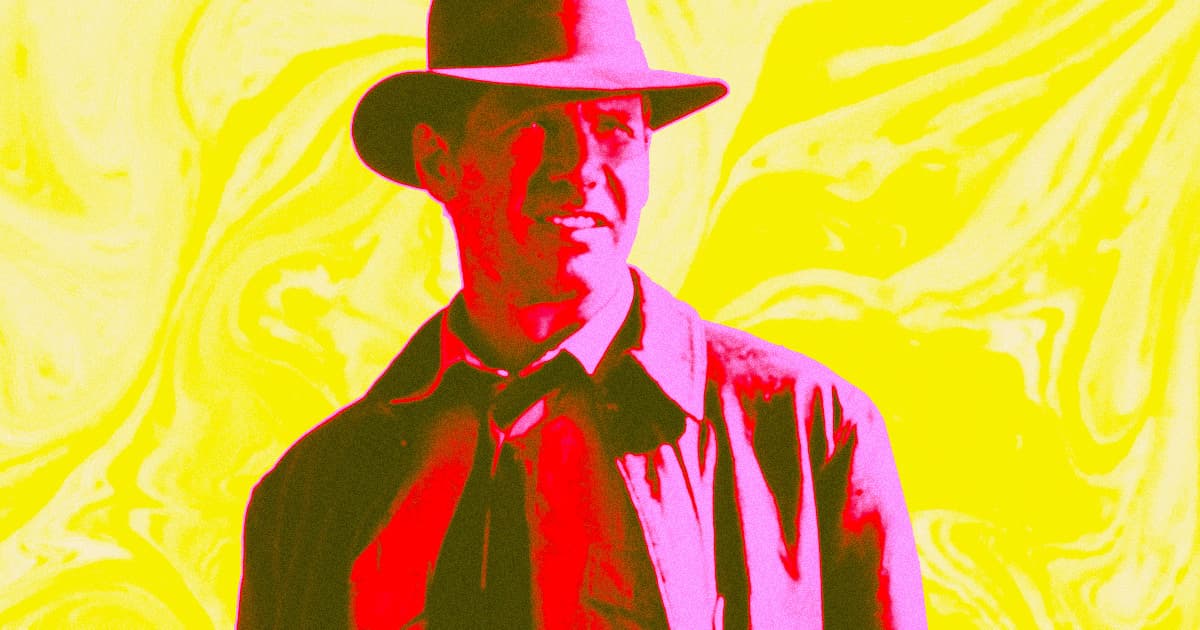 He's based on a real NASA official.

He's based on a real NASA official.

Like it or not, the fifth installation of the iconic "Indiana Jones" series is on its way, with the now octogenarian Harrison Ford himself reprising his role as the series' fedora-wearing, whip-wielding protagonist.

Though the movie's full title is still under wraps, its creators revealed a few details about the plot in a new Empire exclusive — and let's just say that NASA might face some complicated questions as a result.

"The simple fact is that the Moon-landing program was run by a bunch of ex-Nazis," the film's co-writer Jez Butterworth told Empire. "How 'ex' they are is the question. And it gets up Indy's nose…"

That's right. The film is set in 1969, at the crux of the 20th Century space race. Indy apparently finds himself in a battle against a fictitious NASA leader dubbed Voller, a maybe-not-so-ex Nazi. And while that might sound a little out there, the premise is based on a very real NASA engineer: Wernher von Braun, a pioneering rocket scientist who played crucial roles in the Apollo missions — and, yes, was a former Nazi.

Von Braun's NASA legacy is a troubling one, to say the least. (He also very weirdly predicted back in 1953 that a man named Elon would take humanity to Mars and dub himself "Martian emperor," but we digress.)

Per PBS, the German ex-pat joined the Nazi party in 1937, and by 1943 was a major in the German military and a leader on the team behind the V2 rocket. The American military, wanting to get their hands on V2 technology, hired von Braun — who had surrendered to US forces in the Alps — in 1945.

In 1969, after several decades in service to NASA, the engineer would be questioned by a German court for crimes against humanity; prisoner slave labor was used in the construction of the V2 rocket.

While some of von Braun's defenders will argue that the aerospace engineer was more or less a victim to the Nazi regime, two truths of his tarnished legacy remain clear: he was more than willing to accept human suffering for the sake of his own ambitions, and US and NASA officials knew — and obscured — his relationship to the Nazi party.

We're certainly wondering how the new "Indiana Jones" will grapple with those realities. If anything? It's yet another reminder of NASA's penchant for putting their own ambitions absolutely first.