"The fact that the agency refuses to actually rectify the issue leaves a bad taste in my mouth." 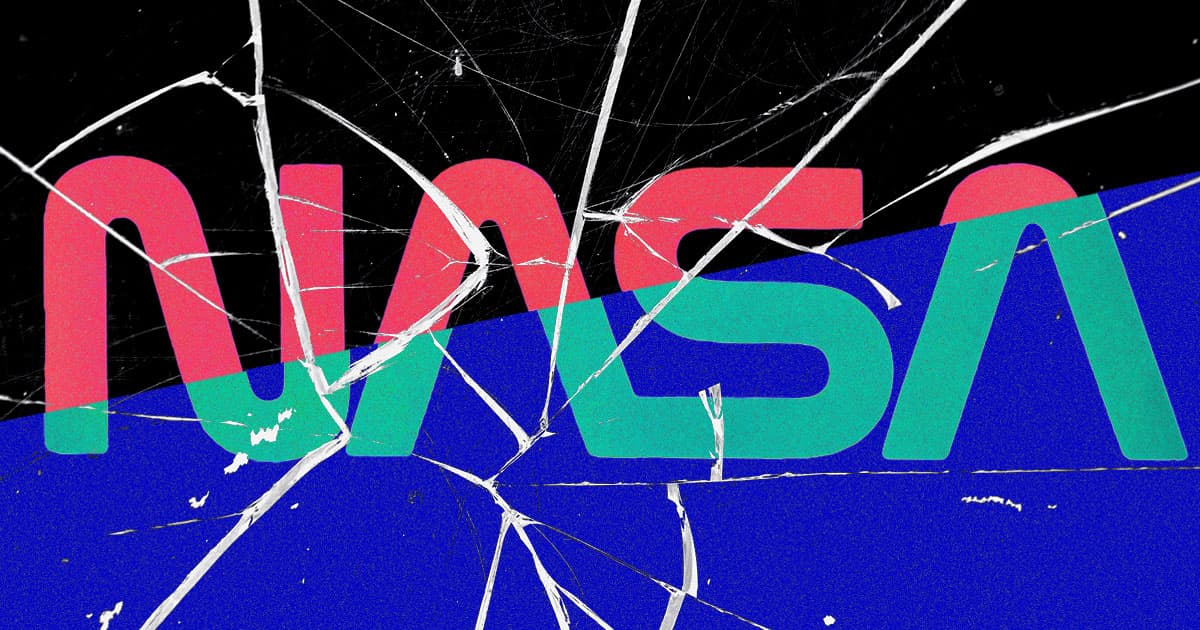 NASA's struggles with racial equity just got more public, thanks to employees of color at the agency who allege that its internal ratings system discriminates against Black and Asian-American workers.

"This dark cloud that hovers over us because of this issue is very profound," said Ben Robbins, a lead aerospace engineer at NASA's Goddard Space Flight Center who's heading up a class action lawsuit against the agency.

More than a decade ago, Robbins says he learned from a Freedom of Information Act request that the agency's internal performance rating system — which evaluates how employees are performing on key metrics, and is used to determine whether they are eligible for promotions or awards — appeared to show Black employees being scored lower across the board, leading to them missing out on advancement opportunities.

Robbins told Futurism that when first learned of the disparity, only about 14 percent of the workers in his pay grade and specialty were Black. But, he says, they were disproportionately receiving lower ratings in the performance review system, including evaluations so low that they were ineligible for raises, promotions, or awards until the next review period.

Getting his hands on those records eventually led to the current suit, which essentially alleges that the performance rating system is flawed in ways that "introduce bias and reduce accuracy when rating minority subordinates."

"It's always it's always in the back of your mind that, where things currently stand, there's a greater propensity of receiving a less than than superlative rating because of the color of my skin," said Robbins, who started at NASA as an intern back in 1991.

The road has been long. Starting with an initial, formal pre-filing in November 2012, Robbins' Equal Employment Opportunity Commission complaint stalled at multiple points over the last decade. Now, though, an administrative judge has certified its class status, meaning that Robbins and his colleague Alfred Fordan are allowed to represent Black and Asian-American NASA employees, respectively. In other words, things in this slow-moving case are finally heating up.

A NASA spokesperson acknowledged the case and defended the agency's record.

"NASA is committed to its diversity, equity, inclusion, and accessibility goals and ensuring all agency employees are treated fairly including in how employees are rated and rewarded for their contributions to the nations space program," the spokesperson said in a statement. "We are very proud that NASA has been rated the #1 place to work in the Federal Government for 10 straight years. We will continue to prioritize our workforce as our talent is our greatest asset."

Robbins' relationship with the agency is complex. On the one hand, he's clearly fond of NASA and his work there, and speaks highly of his colleagues and supervisors. On the other, though, he feels that its efforts to foster diversity and equity have fallen short — and that it's time for its workers to take action.

"NASA hasn't, in my view, come close to achieving the diversity, equity, inclusion and accessibility principles that it aspires to," he said. "That has always been out there, and I think people are aware of it, but in terms of constructive actions very little has been done."

The discrimination is subtle and systemic, in his view, and without the data he obtained via his Freedom of Information Act request, nearly invisible.

"I've experienced what could be regarded as microaggressions and gaslighting, but I haven't experienced any overt racism," he said. "But I don't know how these people feel behind closed doors. And I think we're largely where we are because the people in charge still benefit from this system."

Ultimately, the goal of the suit is get back wages for past damages — and changes in the agency's evaluation process to, in Lieder's words, "eliminate or at least reduce the disparities going forward."

Leider said that thus far, NASA hasn't done or said much to defend itself in the nearly ten years since Robbins first began this process. That weighs on the NASA engineer, too.

"The fact that the agency refuses to actually rectify the issue leaves a bad taste in my mouth," Robbins said. "And not just with performance ratings, but the way employees are trained and developed and the opportunities that go missing because of the discrimination within our agency."

"It's disenchanting," he concluded. "It's basically been a reality check."

More on NASA: Former NASA Second-in-Command Says She Was Called Vile Sexist Slurs at the Agency

Read This Next
Fighting Words
Retired NASA Astronaut Scott Kelly Dishes on Ukraine, Russia, and Moon Mission
Psychological Warfare
Experts Excoriate NASA Report Claiming James Webb Wasn't Homophobic
Big Impact
Meteorite Hit Mars So Hard NASA Thought It Was a Quake
Makeover Scene
Space Tourist Says He's Thinking About Flying SpaceX Craft Up to Fix Hubble
Palliative Care
NASA's Mars Lander Refuses to Die Even Though It's Supposed To
More on Off World
Watery Grave
Tuesday on the byte
Chinese Military Forcefully Seizes Debris That Philippines Recovered After It Fell From Space
Jetsam
Tuesday on the byte
Lunar Lander Released by NASA’s Artemis 1 Mission Dies
Not Not Accurate
Monday on the byte
Bad Guy in New "Indiana Jones" Movie Is Nazi Who Works at NASA
READ MORE STORIES ABOUT / Off World
Keep up.
Subscribe to our daily newsletter to keep in touch with the subjects shaping our future.
+Social+Newsletter
TopicsAbout UsContact Us
Copyright ©, Camden Media Inc All Rights Reserved. See our User Agreement, Privacy Policy and Data Use Policy. The material on this site may not be reproduced, distributed, transmitted, cached or otherwise used, except with prior written permission of Futurism. Articles may contain affiliate links which enable us to share in the revenue of any purchases made.
Fonts by Typekit and Monotype.