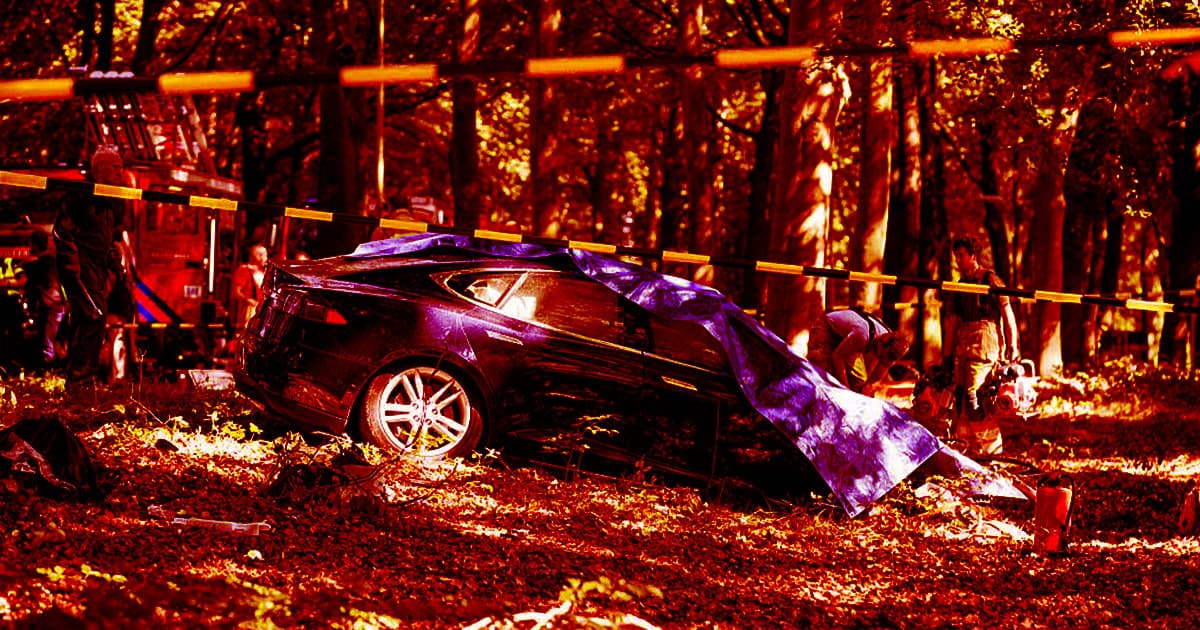 "You're seeing innocent people who had no choice in the matter being killed or injured."

"You're seeing innocent people who had no choice in the matter being killed or injured."

According to new data from the National Highway Traffic Safety Administration (NHTSA) released on Monday, which was examined by the Associated Press, ten people were killed in crashes involving vehicles using automated driving systems between May and September this year.

Of those ten deaths, all of them involved Tesla vehicles, a damning revelation for the Elon Musk-led company. However, it's currently undetermined whether automated driving features themselves or the human driver was at fault in each case.

Four of those crashes involved motorcycles, which according to the AP, is symptomatic of a broader increase in fatal motorcyclist crashes involving Tesla's Autopilot and its misleadingly named "Full Self-Driving" feature.

"I think there's a pretty clear pattern of bad behavior on the part of Tesla when it comes to obeying the edicts of the (federal) safety act, and NHTSA is just sitting there," Michael Brooks, executive director of Center for Auto Safety, told the AP. "How many more deaths do we need to see of motorcyclists?"

Brooks' outrage is not unwarranted, given how long the federal regulator and other agencies have monitored Tesla's safety, and how early it became apparent that the automaker's autonomous and assisted driving technology may not be safe or reliable enough in many environments.

Notably, the NHTSA finally opened its investigation into Tesla's Autopilot last year after vehicles equipped with the technology repeatedly plowed into parked emergency vehicles that were flashing their lights, occurring as far back as 2018.

It has since widened the scope of its investigation in 2022, inching closer to a potential recall of epic proportions.

In 2020, the National Transportation Safety Board (NHTB), an independent federal agency, recommended that the NHTSA and Tesla should limit Autopilot's use to areas where it could safely function and that the automaker should implement better systems to ensure drivers aren't distracted, according to AP.

So far, nothing has materialized from those recommendations.

In Tesla's defense, as the NHTSA notes, the automaker sends in real-time crash reports while many other automakers don't, although almost all of them have been instructed to report crashes involving autonomous driving technology within a day anyway.

But even with that in mind, that plausible facet of deniability seems overshadowed by other damning statistics, like 42 percent of Autopilot drivers believing their cars can entirely drive themselves.

"You're seeing innocent people who had no choice in the matter being killed or injured," Brooks told the AP.