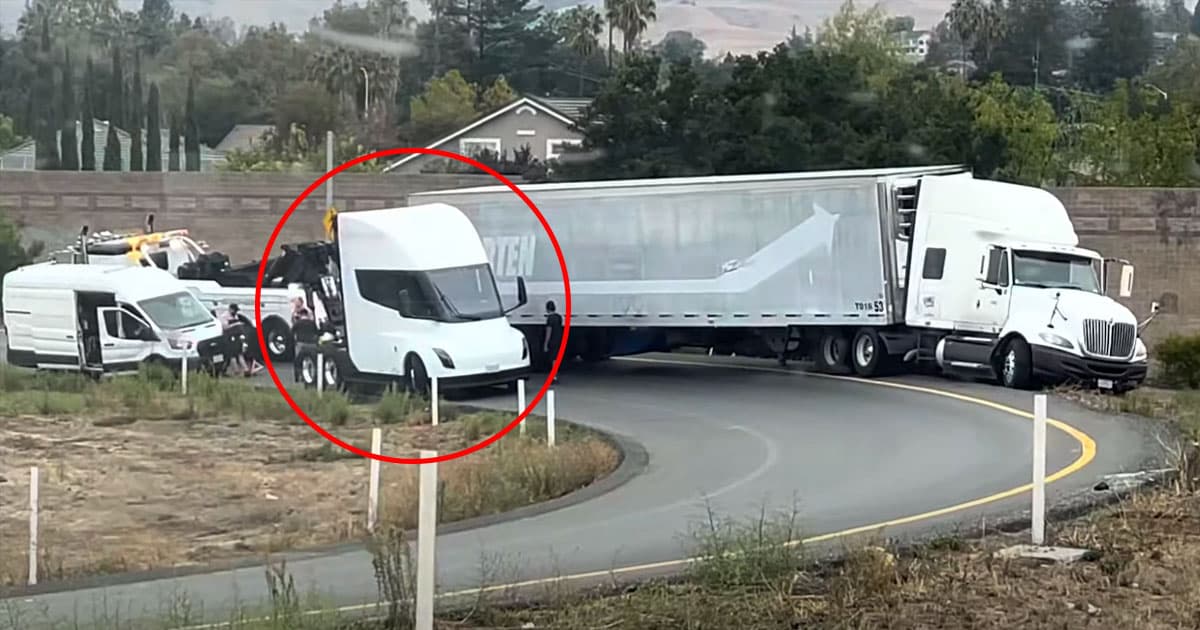 Blocking an onramp? Not a good look.

Blocking an onramp? Not a good look.

Tesla has months before it's scheduled to deliver its first all-electric Semi truck — and if a recent video is anything to go by, the company still has plenty of kinks to work out.

Footage shared on YouTube shows a Tesla Semi truck seemingly broken down on the side of a highway in Northern California, blocking traffic on an onramp, as spotted by Electrek.

The footage shows a shipping truck, a Tesla service van, and a large truck hauler pulled onto the side of the road near the Semi.

It's still unclear what happened to the truck, but given the circumstances, it certainly appears to have been a technical issue.

And that doesn't bode well, considering what's at stake. Tesla's Semi stands the chance of being a huge infrastructural hit, allowing corporate customers to greatly reduce the money and environmental footprint of the trucking industry.

Meanwhile, Tesla is on a hiring spree to build out a "Semi Service Program" to maintain and repair the fleet of electric trucks. According to Electrek, Tesla is leaning in on its mobile service strategy, bringing technicians out to customers instead of having them show up at servicing locations.

The truck was first unveiled almost five years ago, but the company has struggled to wrap up development and scale up production to finally start shipping it out to customers.

While the recent incident doesn't exactly instill confidence, Tesla has been using and testing the truck for years — so there's still a decent chance customers can expect at least a degree of reliability.