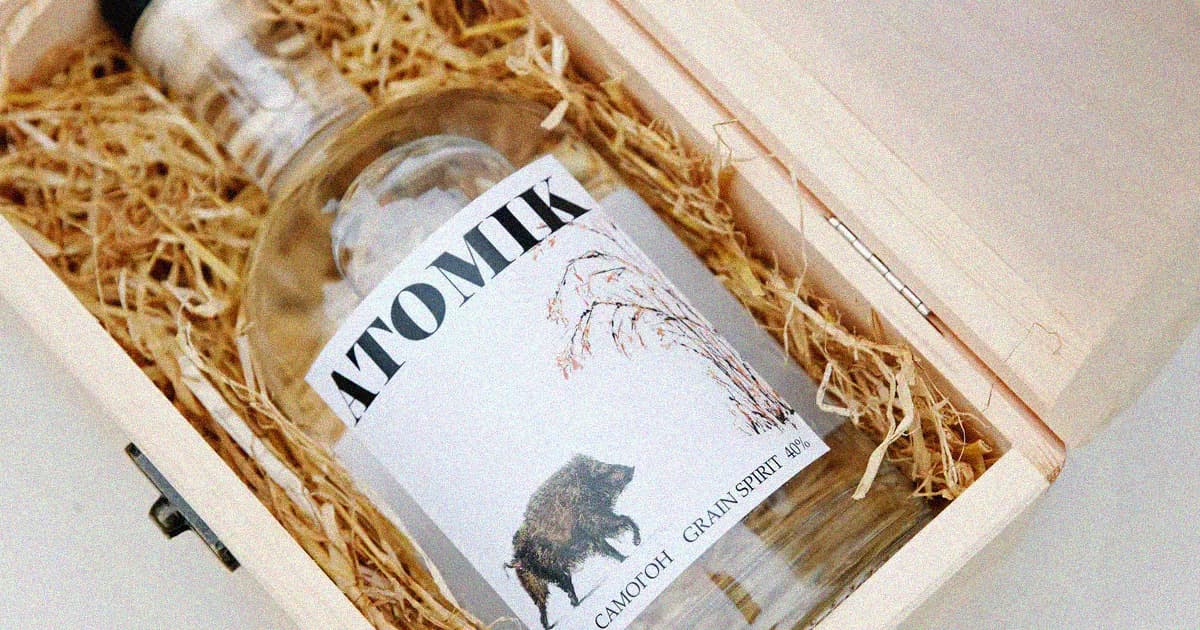 "We are working hard to get it released, but we can't sell you anything yet."

"We are working hard to get it released, but we can't sell you anything yet."

Authorities in Ukraine have sized more than 1,500 bottles of a spirit made out of apples grown near the Chernobyl nuclear disaster site, USA Today reports.

The high proof booze, called Atomik, is the first consumer product to come out of the area since the disaster in 1986, according to the company behind the drink, called The Chernobyl Spirit Company.

The batch was meant to be shipped to the UK, but was intercepted by authorities — a dramatic twist that, surprisingly or not, doesn't seem to have anything to do with sourcing the hooch at the site of a nuclear disaster.

"It seems that they are accusing us of using forged Ukrainian excise stamps, but this doesn’t make sense since the bottles are for the UK market and are clearly labeled with valid UK excise stamps," Jim Smith, an environmental science professor at Portsmouth University and company founder, said in a press release by the company.

"The actions of Ukrainian law enforcement agencies are damaging the reputation of Ukraine as an open country for doing business," The Chernobyl Spirit Company's lawyer Elina Smirnova told USA Today. "We still believe that the truth will win."

The company claims that their distillation process reduces enough radioactivity in the grain to make for a safe drink.

"We are working hard to set up a business to help bring jobs and investment to the Chernobyl affected areas of Ukraine and to further support the community with 75% of any profits we make," Smith said in the statement.

"We are working hard to get it released, but we can't sell you anything yet," reads an update on the company's website.

Lil Dudes
Something Cool Is Happening to the Frogs at Chernobyl
10. 3. 22
Read More
Nuclear Power Used to Seem Like the Future. Now Its Fate in the US Is in Question.
9. 27. 18
Read More
Chernobyl Is Being Transformed Into an Immense Renewable Energy Farm
1. 15. 18
Read More
+Social+Newsletter
TopicsAbout UsContact Us
Copyright ©, Camden Media Inc All Rights Reserved. See our User Agreement, Privacy Policy and Data Use Policy. The material on this site may not be reproduced, distributed, transmitted, cached or otherwise used, except with prior written permission of Futurism. Articles may contain affiliate links which enable us to share in the revenue of any purchases made.
Fonts by Typekit and Monotype.