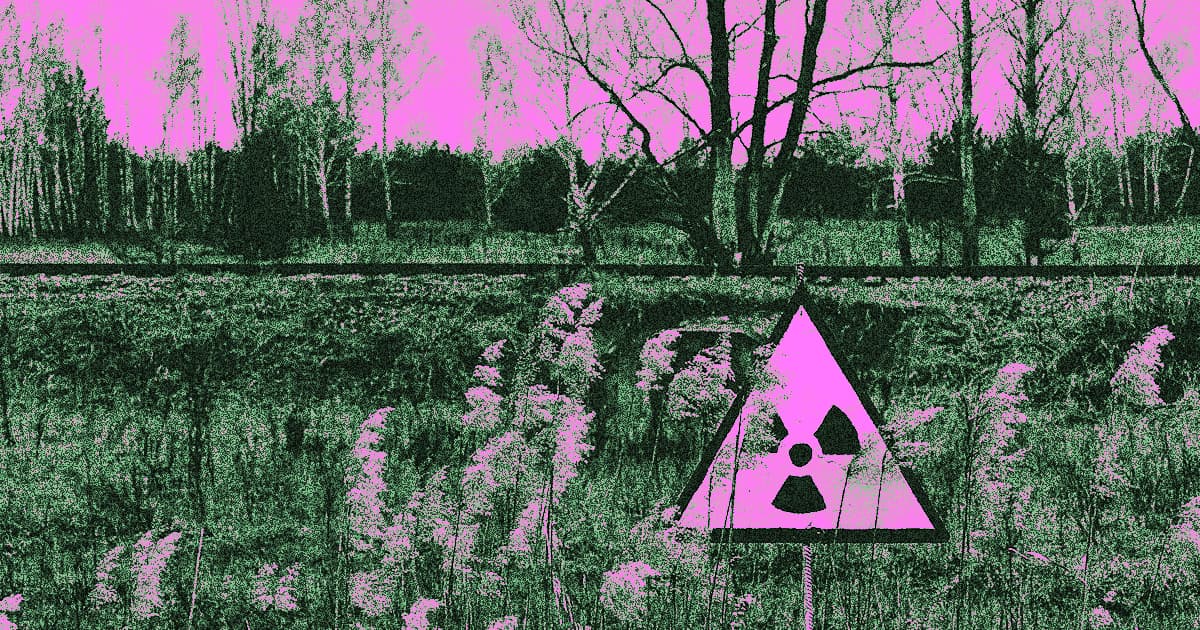 Ukraine's Chernobyl Nuclear Power Plant was destroyed decades ago in a horrific radioactive accident. But it turns out that nuclear reactions are still smoldering away inside, even now.

Pieces of uranium fuel buried beneath the power plant's wreckage have started to flare up in new nuclear fission reactions, Science Magazine reports. In the face of a potential repeat disaster, experts are now scrambling to figure out if the radioactive "embers" will die out on their own or if someone needs to go in and take care of it.

The Institute for Safety Problems of Nuclear Power Plants (ISPNPP), a nuclear safety organization in Kiev, Ukraine, found that the strength of the runaway nuclear reactions seems to be growing in strength. But that increase is happening slowly, so officials should have a few years to first determine whether a new accident could happen and then find the best way to prevent it.

"There are many uncertainties," ISPNPP official Maxim Saveliev told Science. "But we can’t rule out the possibility of [an] accident."

If there's a silver lining here, it’s that whatever course of action the ISPNPP and other officials end up taking at Chernobyl could help Japanese authorities manage the crumbling Fukushima Daiichi nuclear power plant, which suffered a huge accident in 2011, Science notes.

But before they can share any lessons, they need to actually reach the active uranium. The fact that it's buried beneath concrete, coupled with dangerous levels of radioactivity, will make tackling this growing problem particularly difficult.

READ MORE: ‘It’s like the embers in a barbecue pit.’ Nuclear reactions are smoldering again at Chernobyl [Science Magazine]

More on Chernobyl: Fungus Growing at Chernobyl Could Protect Astronauts From Cosmic Rays

Lil Dudes
Something Cool Is Happening to the Frogs at Chernobyl
10. 3. 22
Read More
Fusion Force
China Announces Plan for Hybrid Fission-Fusion Power Facility
9. 17. 22
Read More
Great Balls of Fire
"Radioactive Gobstoppers" Could Stop the Next Nuclear Reactor Meltdown
6. 30. 20
Read More
+Social+Newsletter
TopicsAbout UsContact Us
Copyright ©, Camden Media Inc All Rights Reserved. See our User Agreement, Privacy Policy and Data Use Policy. The material on this site may not be reproduced, distributed, transmitted, cached or otherwise used, except with prior written permission of Futurism. Articles may contain affiliate links which enable us to share in the revenue of any purchases made.
Fonts by Typekit and Monotype.