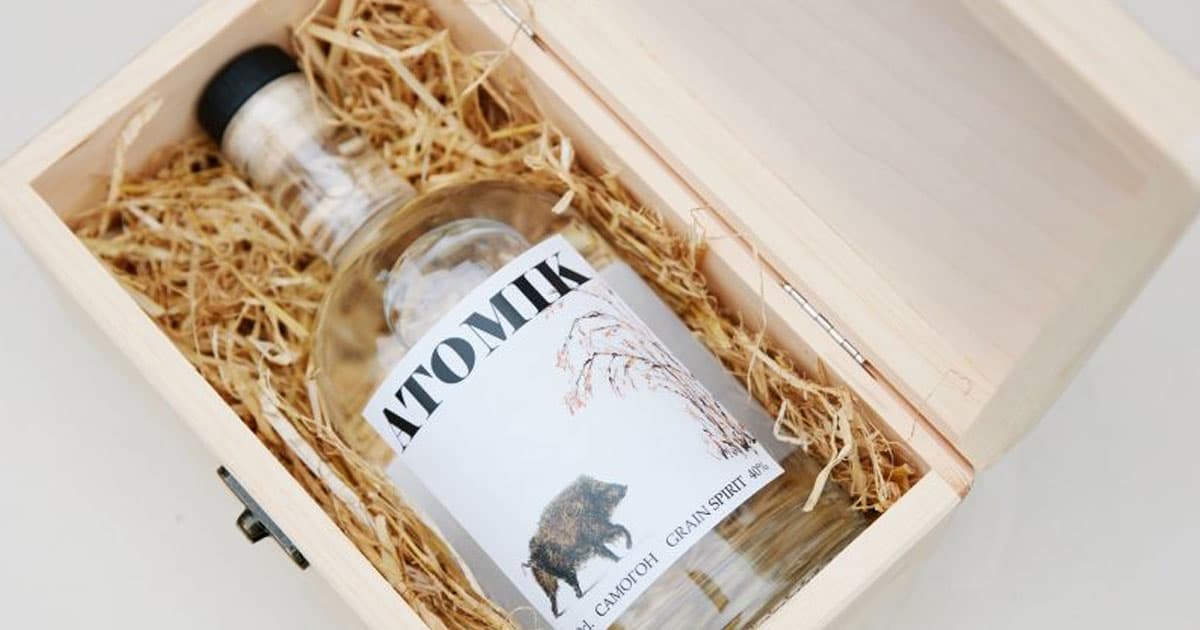 But they only made one bottle.

But they only made one bottle.

Scientists brewed a bottle of vodka using water and grains from the Chernobyl Exclusion Zone surrounding the infamous melted-down nuclear reactor of the same name.

They only made one bottle of the vodka, which the University of Portsmouth scientists have named ATOMIK, reports Gizmodo. ATOMIK isn't radioactive at all, so it's not any more dangerous to drink than any other brand. But that said, ATOMIK is the first product to come out of the exclusion zone, and the scientists behind the project hope it will inspire more teams to make better use of the area.

Before distillation, the grains were deemed too radioactive to safely consume, according to Gizmodo. But the process of making vodka removed any radioactive impurities, so ATOMIK doesn't pose any more of a nuclear threat than Smirnoff or Svedka.

Ukranian officials were happy to see people reclaiming and making use of land in the exclusion zone. Olek Nasvit, first deputy head of the State Agency of Ukraine for Exclusion Zone Management said in a press release that he welcomes anything that uses abandoned lands to help local communities.

"I'd call this a high-quality moonshine," he said in the release. "It isn't typical of a more highly purified vodka, but has the flavor of the grain from our original Ukrainian distillation methods — I like it."

READ MORE: This Bottle of Vodka Was Made From Grain Grown Inside the Chernobyl Exclusion Zone [Gizmodo]

More on Chernobyl: Chernobyl Is Being Transformed Into an Immense Renewable Energy Farm

Brands We Love
This High Tech Blender Is the Kitchen Upgrade You Didn't Know You Needed
9. 5. 20
Read More
Brands We Love
When It Comes To Gut Health, Trust Science, Not Gimmicks
8. 14. 19
Read More
Brands We Love
Five High Tech Gadgets That'll Maximize Your Kitchen's Potential
11. 2. 18
Read More
+Social+Newsletter
TopicsAbout UsContact Us
Copyright ©, Camden Media Inc All Rights Reserved. See our User Agreement, Privacy Policy and Data Use Policy. The material on this site may not be reproduced, distributed, transmitted, cached or otherwise used, except with prior written permission of Futurism. Fonts by Typekit and Monotype.