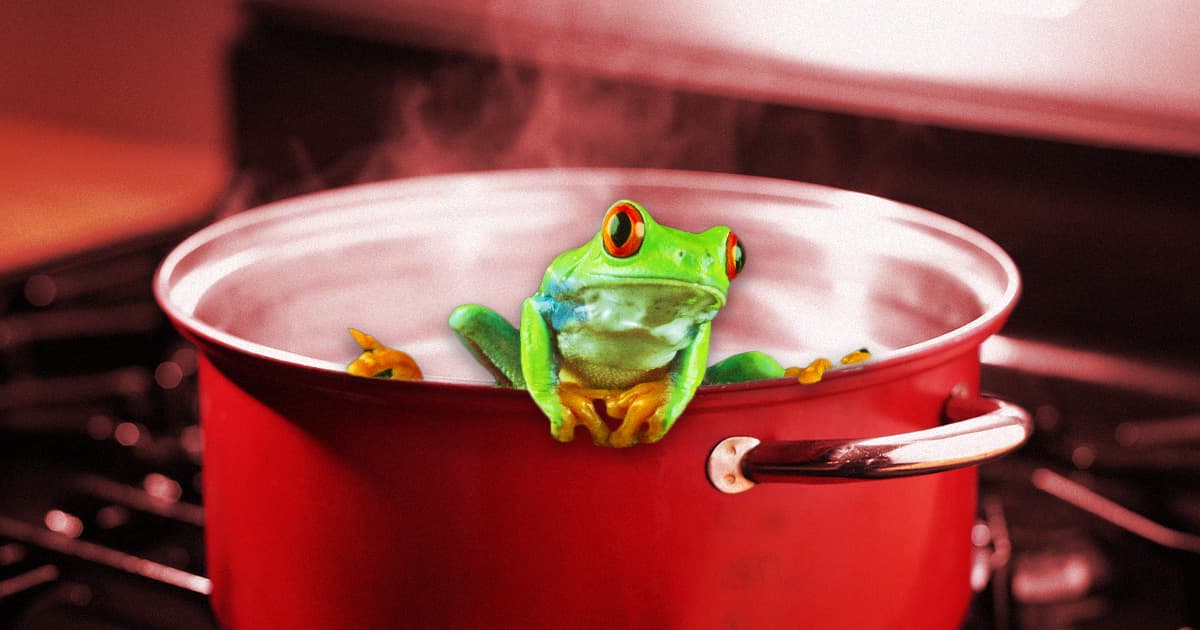 "It would be shameful if we left our descendants a depleted planet."

"It would be shameful if we left our descendants a depleted planet."

There's an overwhelming abundance of data showing how climate change will bring about disaster for humanity — but we have yet to see an urgent, global initiative to fight it.

By ignoring the clear signs that climate change will devastate the planet, we as a species are acting like the proverbial frog sitting in a pot of boiling water, astrophysicist Martin Rees wrote in a new op-ed in The Scotsman. It's a dire warning — though he does have some ideas for how we can change course.

The problem, Rees argues, is that the greatest threats of climate change — which could someday become an extinction-level event without urgent action — are still in the future and will hit other nations first. That puts it on a timescale that extends farther into the future than most current politicians' tenure, making them less willing to invest in the necessary changes.

"We should be mindful of the heritage we owe to our forebears; it would be shameful if we left our descendants a depleted planet," he wrote.

Rees compared the threat posed by climate change to that of an incoming asteroid.

"Suppose astronomers had tracked an asteroid, and calculated it would hit the Earth in 2080, 60 years from now," Rees wrote. "Not with certainty, but with, say, ten percent probability. Would we relax, say it’s a problem for 40 years' time when people will be richer, and it may turn out it’s going to miss the Earth anyway? I don't think we would. There would surely be a consensus that we should start straight away and do our damnedest to find ways to deflect it, or mitigate its effects."

Then why, he argues, are we not doing the same for climate change? The scientific consensus — that a "business as usual" approach will lead to our own destruction — is clear, and yet the global response to the threat is lacking that same, necessary urgency.