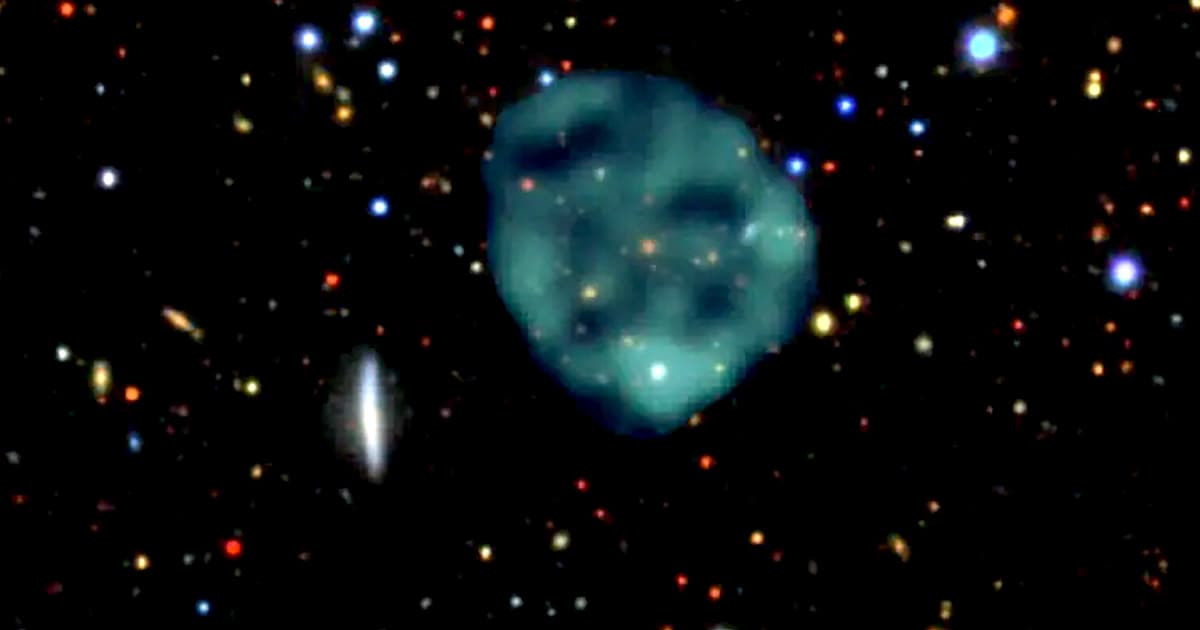 "None of us had ever seen anything like it before, and we had no idea what it was."

"None of us had ever seen anything like it before, and we had no idea what it was."

In an essay for The Conversation, Western Sydney University astrophysics professor Ray Norris dishes how he and his colleagues spotted strange, unusually shaped objects in recent radio astronomical data.

Norris' colleague Anna Kapinska first spotted "a picture of a ghostly circle of radio emission, hanging out in space like a cosmic smoke-ring," in September 2019, the professor recalls. "None of us had ever seen anything like it before, and we had no idea what it was."

The team was examining data collected by the new Australian Square Kilometer Array Pathfinder (ASKAP) telescope, a series of 36 identical parabolic antennas used to scan large swathes of the sky at once.

The team named the strange objects "odd radio circles" or ORCs. They quickly used other radio telescopes to make sure it wasn't just a software error.

They judged the mysterious circles to be "perhaps a few light-years across," but have yet to figure out how far they are away from us. Norris did suggest, however, that the circles could be "objects in our galaxy."

So far, the team has ruled out several theories, including the remnants of dying stars, rings of radio emissions circling bursts of star formation, and radio emissions escaping from near supermassive black holes.

Norris and his colleagues do offer some possible explanations, as detailed in a forthcoming paper in the journal Publications of the Astronomical Society of Australia. For instance, they may be related to fast radio bursts, powerful signals emanating from outer space which remain mysterious.

"Very rarely do we get the challenge of stumbling across a new type of object which nobody has seen before, and trying to figure out what it is," Norris writes in The Conversation piece.

READ MORE: ‘WTF?’: newly discovered ghostly circles in the sky can’t be explained by current theories, and astronomers are excited [The Conversation]