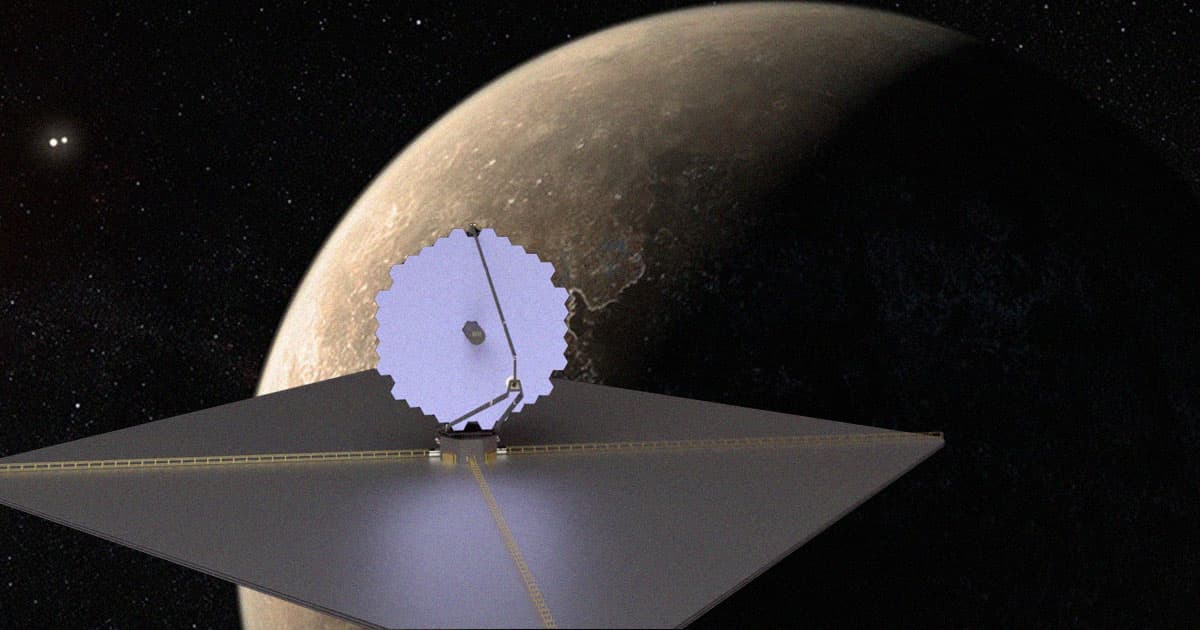 Where Are You, Aliens?

Astronomers Are Pushing for a Massive Alien-Hunting Telescope

It's three times the size of Hubble.

It's three times the size of Hubble.

American astrophysicists are extremely excited about the prospect of launching a groundbreaking space telescope to search for habitable worlds — and, just maybe, life on them.

A long-awaited report called Astro2020 was finally released today, detailing what the next two decades in astronomy and astrophysics could hold for us.

The report was part of the Decadal Survey, a list of recommendations put forward by space experts that have historically detailed the recommendation for specific new telescopes, as Scientific American reports, including the James Webb Telescope in the early 2000s. Now, before it's even launched, the astronomy community is pushing for its successors.

"We stand at the threshold of a new golden era of discovery, both on the ground and in space: might we actually find evidence for life on another planet?" Heidi Hammel, vice president for science at the Association of Universities for Research in Astronomy, said in a statement. "This report — true to its name — lays out robust pathways to answer this question, and we can be the generation that answers it."

In the latest report, astronomers recommend a whole fleet of new telescopes, which could probe the galaxy over a much wider range of frequencies, from infrared to X-rays — instead of focusing on a narrow band.

The most ambitious telescope of the bunch could end up being the successor to NASA's groundbreaking but rapidly aging Hubble Space Telescope. The yet-to-be-named telescope would be three times bigger than Hubble and cost an eyewatering $11 billion.

The report suggests that it could be built at the end of this decade and launch in the mid-2040s.

The massive telescope would be designed to image potentially habitable exoplanets and probe their atmospheres for signs of extraterrestrial life, an endeavor clearly at the very top of the list of priorities for many astronomers.