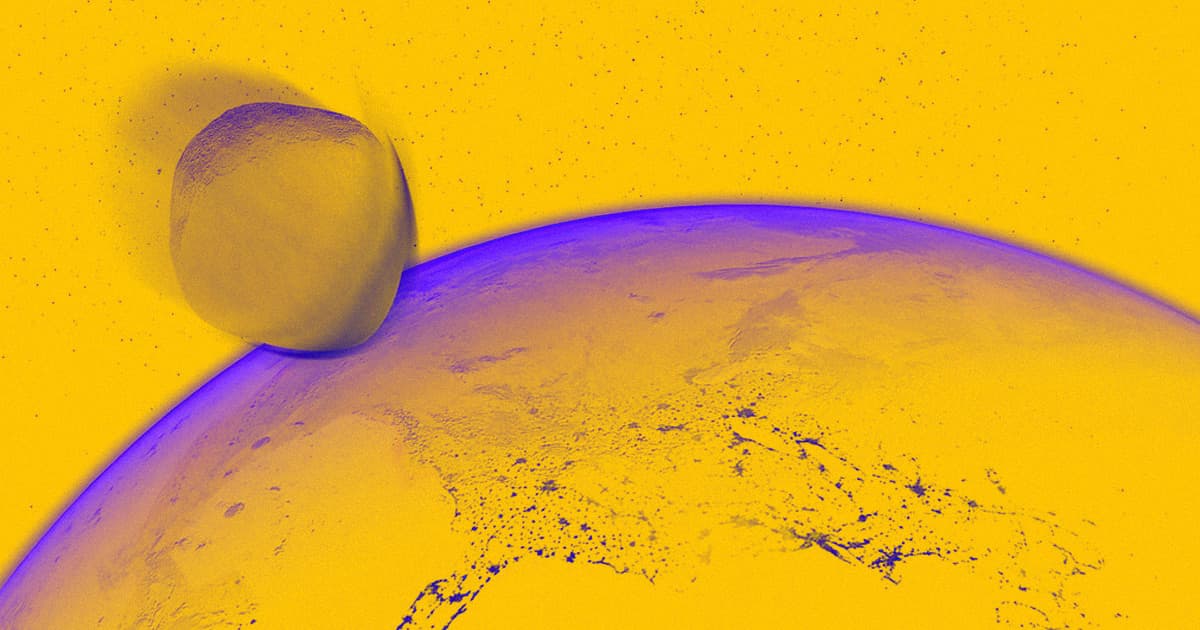 Astronomers: Our Planet Might Have Another Moon, Except It's Tiny

Okay, we'll admit that it's a bit smaller than the regular Moon.

Okay, we'll admit that it's a bit smaller than the regular Moon.

The Earth might have a second Moon — albeit a tiny and temporary one.

"Earth has a new temporarily captured object/Possible mini-moon called 2020 CD3," wrote Kacper Wierzchos, astronomer and self-described "comet hunter" at the Catalina Sky Survey, in a Tuesday tweet. "On the night of Feb. 15, my Catalina Sky Survey teammate Teddy Pruyne and I found a 20th magnitude object."

A team of astronomers at the NASA-funded Catalina Sky Survey near Tuscon, Arizona suspect there's a small asteroid that caught itself in our planet's gravity, as CNET reports. The discovery was confirmed when The International Astronomical Union’s Minor Planet Center (MPC) announced on Tuesday that Earth has a new "temporary captured object."

According to Wierzchos, the comet entered Earth's orbit about three years ago. It's diameter is between 1.9 and 3.5 meters (6.2 and 11.5 feet). Despite its tiny size, "it's a big deal as out of ~ 1 million known asteroids, this is just the second asteroid known to orbit Earth," Wierzchos noted in a follow-up tweet.

The first asteroid to be discovered orbiting our planet was RH120, also discovered by the Catalina Sky Survey in 2006. It featured a similar diameter, stayed in orbit for 18 months, and was later given "minor planet designation" in 2008.

Astronomers are now racing to find out more about the unusual space rock.

"Further observations and dynamical studies are strongly encouraged," wrote the MPC in its announcement.

Soggy Past
NASA Spacecraft Finds Evidence of Ancient Rivers on Asteroid
10. 8. 20
Read More
Asteroid Wars
Astronomers Spot Bits of Entirely Different Asteroid on Surface of Bennu
9. 21. 20
Read More
Hulk Smash Planets
Watch These Brutal Simulations of Apocalyptic Planetary Collisions
7. 21. 20
Read More
+Social+Newsletter
TopicsAbout UsContact Us
Copyright ©, Camden Media Inc All Rights Reserved. See our User Agreement, Privacy Policy and Data Use Policy. The material on this site may not be reproduced, distributed, transmitted, cached or otherwise used, except with prior written permission of Futurism. Articles may contain affiliate links which enable us to share in the revenue of any purchases made.
Fonts by Typekit and Monotype.