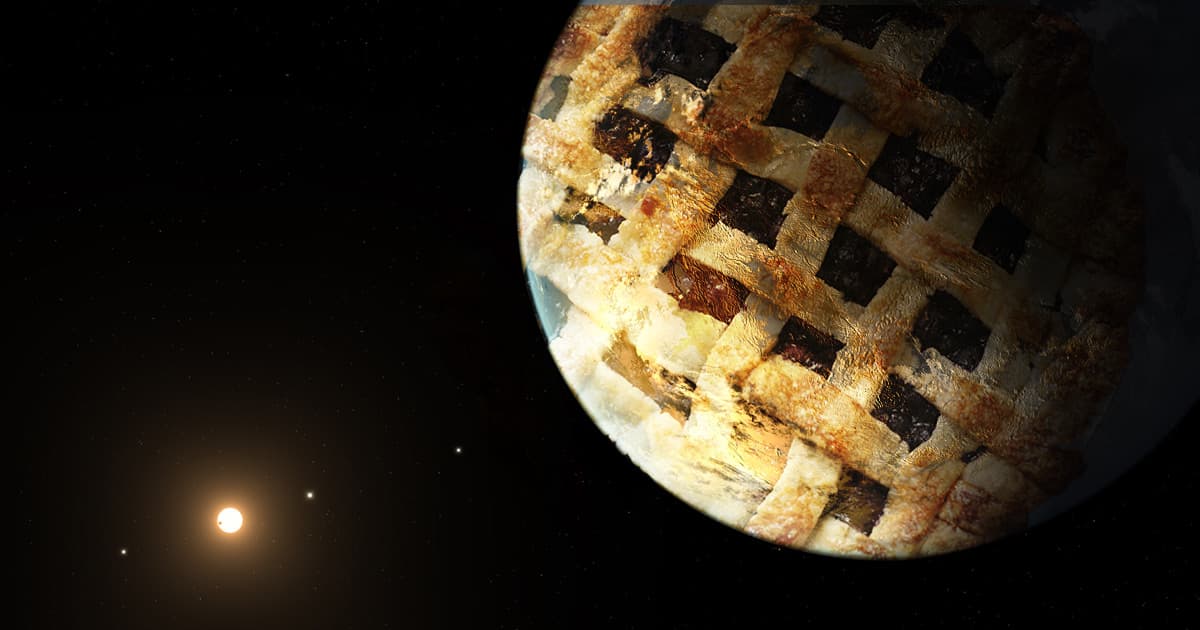 And its orbit is a circle!!

And its orbit is a circle!!

A team of scientists at MIT say they’ve discovered a “Pi Earth” — an Earth-sized planet that orbits its star every 3.14 Earth days.

The scientists then zoomed in on the system using SPECULOOS, an international network of telescopes, designed to hunt for ultracool dwarf stars.

“The planet moves like clockwork,” Prajwal Niraula, MIT graduate student and lead author of the paper published today in the Astronomical Journal, said in a statement.

“Everyone needs a bit of fun these days,” co-author Julien de Wit, also of MIT, added. De Wit also authored the fitting title of the paper: “π Earth: a 3.14-day Earth-sized Planet from K2’s Kitchen Served Warm by the SPECULOOS Team.”

The planet’s orbit is pretty tight, and circles its star at 81 kilometers per second, completing a full rotation in just 3.14 Earth days — hence its name.

Fresh Out the Oven

Unfortunately, its surface is at a hellish 350 degrees Fahrenheit.

“This would be too hot to be habitable in the common understanding of the phrase,” Niraula said — but just right to bake an actual pie, as MIT’s press release points out.

More on Kepler planets: An AI Just Confirmed the Existence of 50 Planets By Digging Through NASA Data