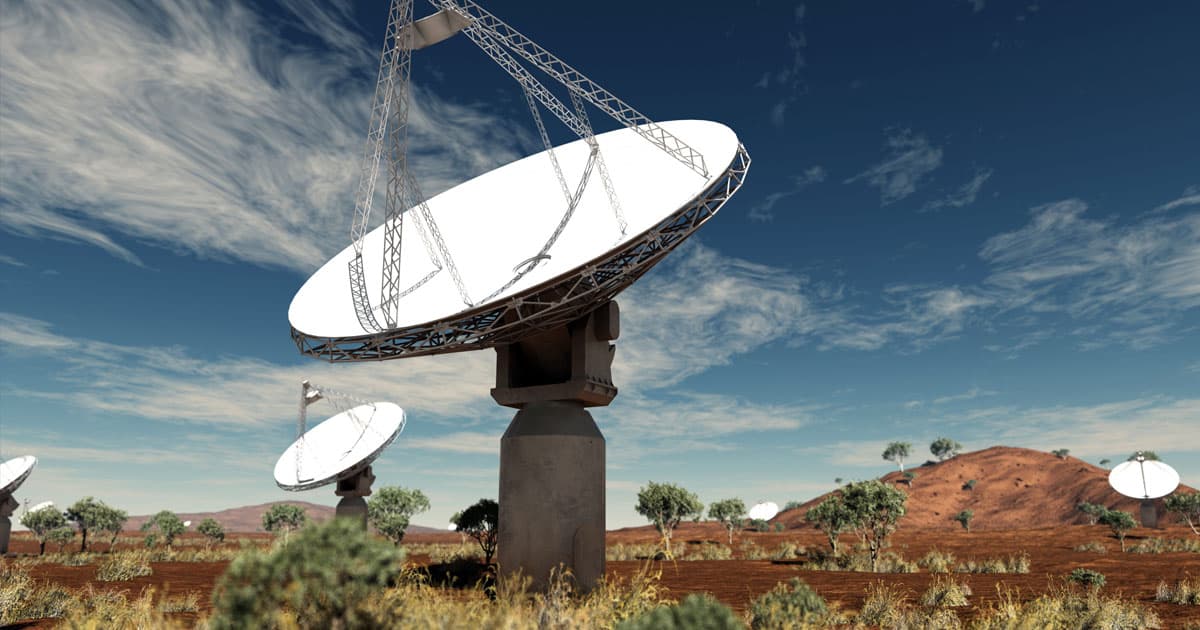 They're unlike anything astronomers have ever observed before.

They're unlike anything astronomers have ever observed before.

Lord of the Rings

Astronomers have found four distant, ring-shaped objects in space they say are unlike anything observed previously.

The rings, which Live Science likened to floating islands, have been temporarily named named "odd radio circles," or ORCs, because they look like brightly glowing discs when viewed at radio wavelengths. Scientists can't tell what they are, or even how far away they are from us, but they're starting to explore some new hunches.

The ORCs are undetectable at infrared, x-ray, and the visible light spectrums, but were spotted at radio frequencies through a project called the Evolutionary Map of the Universe (EMU), according to preprint research shared online last month.

"This is a really nice indication of the shape of things to come in radio astronomy in the next couple of years," Kristine Spekkens, a Royal Military College of Canada astronomer who didn't work on the study, told Live Science. "History shows us that when we open up a new [avenue of looking at] space to explore... we always find new and exciting things."

The next step will be figuring out what these ORCs actually are — the astronomers behind the study have already ruled out supernovae, star formation, planetary nebulas, or gravitational lensing effects, Live Science reports.

Because visible galaxies are sitting in the center of two of the ORCs like a distant bullseye, the researchers think the bizarre rings could be shockwaves linked to some sort of galactic event. But right now, Live Science reports, any potential explanation is just an educated guess.

READ MORE: 4 mysterious objects spotted in deep space are unlike anything ever seen [Live Science]