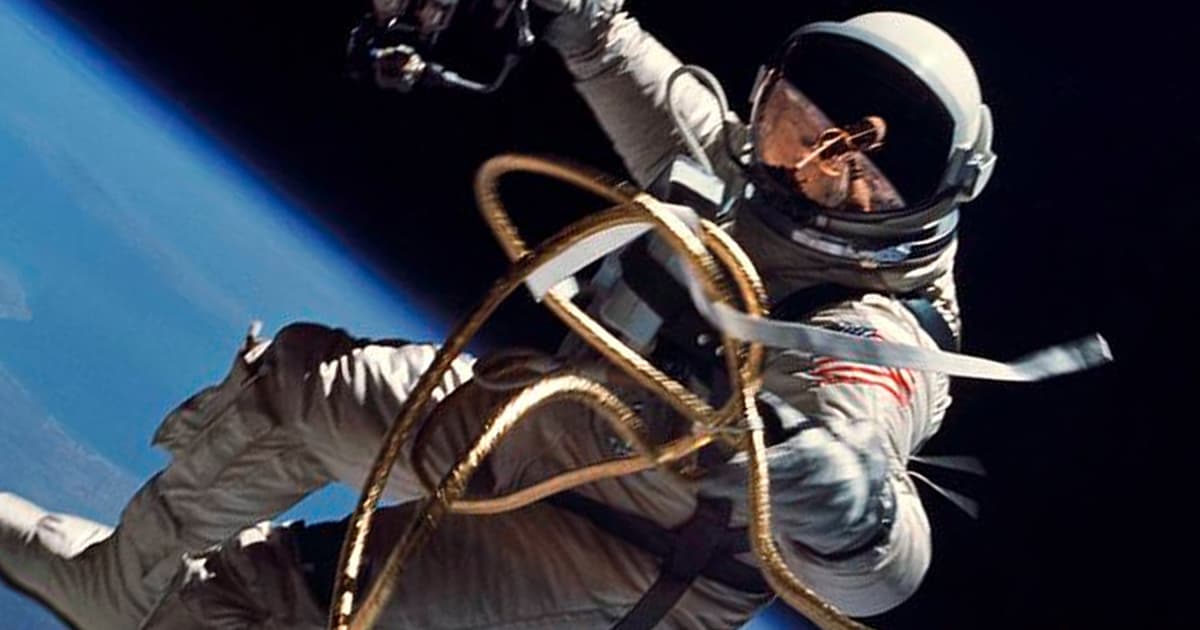 They have about the same mortality rates as pro athletes.

They have about the same mortality rates as pro athletes.

We've long known that traveling in space carries numerous health risks — it exposes astronauts to higher levels of radiation than the rest of us, and they have reported such health problems as partial blindness upon returning to Earth — but we never actually knew if working in space caused astronauts to die prematurely.

"The challenge has always been to understand if astronauts are as healthy as they would be had they been otherwise comparably employed but had never gone to space at all," mortality researcher Robert Reynolds told Reuters in an interview published on Wednesday. "To do this, we needed to find a group that is comparable on several important factors, but has never been to space."

Luckily, he found one — but while his comparison of the two groups resulted in good news for today's astronauts, the same might not hold true for the people we send to space in the future.

Astronauts tend to be more physically fit and affluent than the average American, with access to better healthcare. That makes studying astronaut mortality difficult — they're too different from the average person to draw any sound conclusions. But they aren't all that different from National Basketball Association (NBA) and Major League Baseball (MLB) players, who also tend to be fit, affluent, and treated by top-of-the-line medical professionals.

In a study published in the journal Occupational & Environmental Medicine, Reynolds and his colleagues at Mortality Research & Consulting, Inc. describe how they compared data on men who played for either the NBA or MLB between 1960 and mid-2018 with data on male U.S. astronauts.

This comparison led them to conclude that both athletes and astronauts had a lower risk of premature death than the general U.S. population. Astronauts also died from heart disease at a lower rate than the athletes and of cancer at about the same rate.

"We cannot be sure from the data we have, but we speculate that cardiovascular fitness in particular is the most important factor in astronaut longevity," Reynolds told Reuters.

This study fills an important gap in our understanding of the impact of space travel on astronauts, but we still have much to learn. For example, we know space affects female astronauts differently than their male colleagues, so do they also have lower mortality rates than the general population?

We've also only been sending people to space for 57 years and fewer than 600 have made the trip. That's not a lot of data to work with, and the conclusions on astronaut mortality might change as more becomes available.

As Francis Cucinotta, an expert in radiation biology who wasn't involved in the study, told Reuters, just because space travel isn't linked to premature death in today's astronauts doesn't mean the same would hold true in the future. Crewed missions to Mars are in the works, for example, and those would expose astronauts to a dose of radiation 50 to 100 times higher than past off-world missions, said Cucinotta.

And radiation is just one factor. There's also a chance anything from Martian dust to the psychological strain on longterm space travel could impact future astronauts' mortality, so before we risk taking years off anyone's life by sending them into space, we'll need to be sure we conduct as much research as possible here on Earth.

READ MORE: Work in Space Does Not Seem to Shorten Astronauts' Lives [Reuters]

More on astronaut health: Traveling to Mars Could Cause Life-Threatening Damage to Astronauts’ Guts, Says Study

Hall Effect
Test Suggests Ion Thrusters Could Power Crewed Interplanetary Missions
Jan 29
Read More
Rolling Coal
Space Travel Will Absolutely Gut the Environment, Scientists Warn
6. 29. 22
Read More
Healthy Spines
NASA Concerned That Space Is Destroying Astronauts' Spines
5. 18. 21
Read More
+Social+Newsletter
TopicsAbout UsContact Us
Copyright ©, Camden Media Inc All Rights Reserved. See our User Agreement, Privacy Policy and Data Use Policy. The material on this site may not be reproduced, distributed, transmitted, cached or otherwise used, except with prior written permission of Futurism. Articles may contain affiliate links which enable us to share in the revenue of any purchases made.
Fonts by Typekit and Monotype.