What Space Travel Will Do To You

If you’re thinking of volunteering to go to Mars—should the offer come up—you might want to hold your horses.

Before we can even start sending people to Mars (a trip that would take around three years) an assessment must be made of the health risks associated with long periods of exposure to zero-gravity environments, and preventive measures must be identified and developed.

To that end, NASA launched the Human Research Program (HRP) in 2005, a research project dedicated to “investigating and mitigating the highest risks to astronaut health and performance in support of exploration missions.”

So far, the longest period that astronauts have been in space is almost one year—that’s twice the normal time for astronauts to spend in space. American astronaut Scott Kelly and Russian cosmonaut Mikhail Kornienko spent nearly a year at the International Space Station (ISS) and served somewhat as guinea pigs for testing the long term medical, psychological and biomedical effects of long periods of space travel to the human body, a mission aptly named the One-Year Mission. Kelly and Kornienko are now undergoing studies to assess how their long stay in space has affected their health. 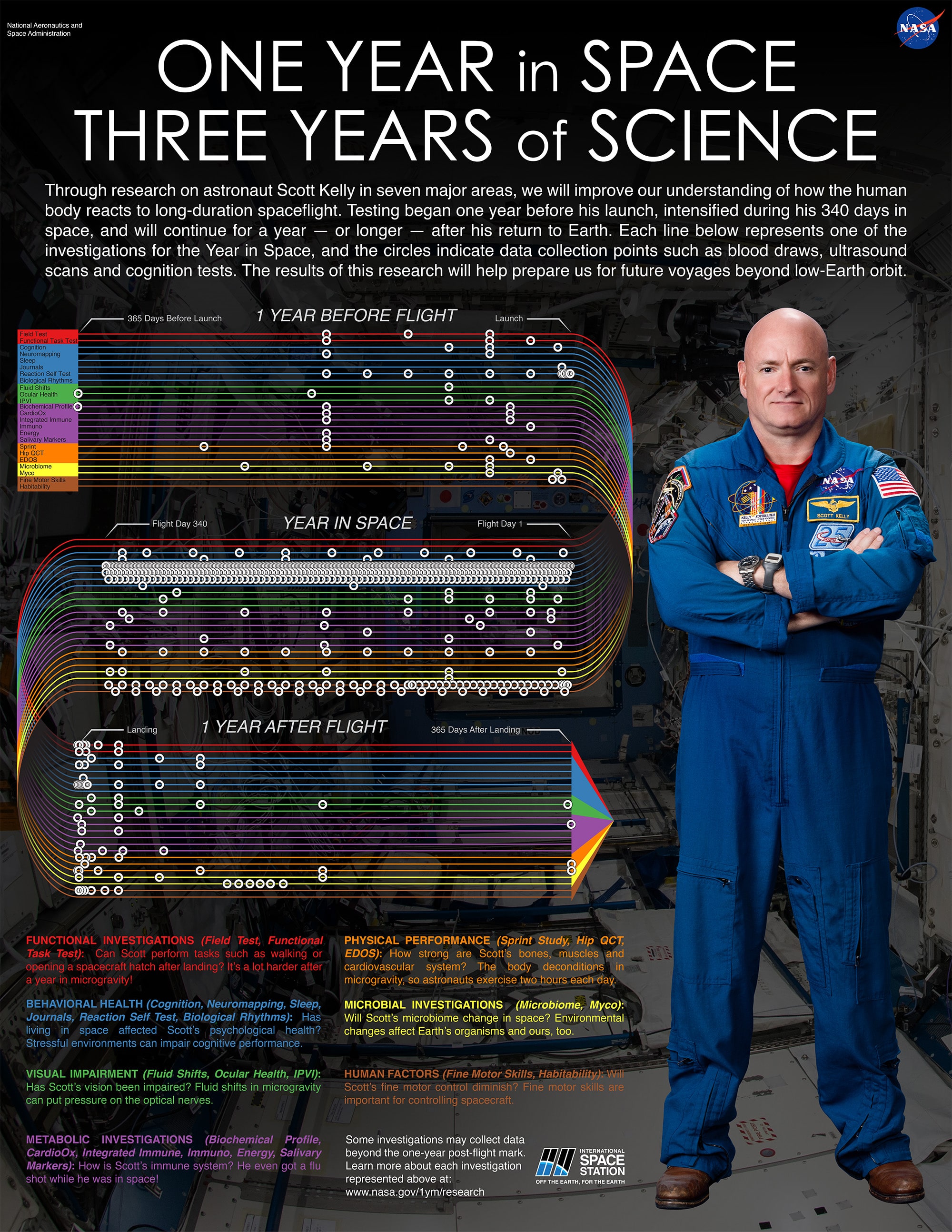 
Radiation is, by far, the most serious, most dangerous, and scariest health hazard out in space. Once you venture out beyond the protection of the Earth’s magnetic field, there will be nothing to protect you from space radiation. According to Multidisciplinary Digital Publishing Institute (MDPI): “Exposure to space radiation increases the risks of astronauts developing cancer, experiencing central nervous system (CNS) decrements, exhibiting degenerative tissue effects or developing acute radiation syndrome.”

The effects of space radiation may appear immediately, or much later after exposure. According to NASA: “It can damage your central nervous system, with both acute effects and later consequences, manifesting itself as altered cognitive function, reduced motor function, and behavioral changes. Space radiation can also cause radiation sickness that results in nausea, vomiting, anorexia, and fatigue.”

“The food you eat and the medicine you take must be safe and retain their nutrient and pharmaceutical value, even while being bombarded with space radiation,” they add.

As of now, we still do not have the means to combat this.


It has been established that men and women are affected differently. Examine the differences through the visual below.

As mentioned earlier, studies are underway to completely identify all the health hazards of lengthy space travel. Intensive studies also focus on the effects of space travel on cells, tissues, hormones, and the immune system as microbes (including your own microbiome) can change in space. They are also easily transferred, increasing your risk of disease. Hopefully, these studies will progress quickly so that counteractive measures to these effects can be developed for safer deep space travel.