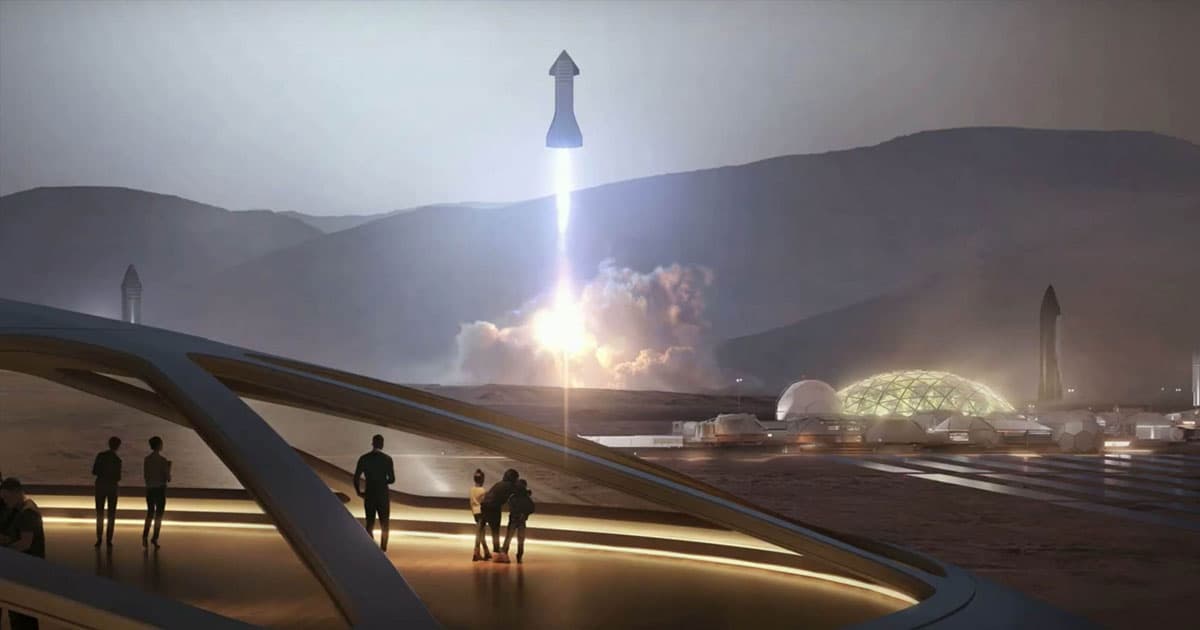 As SpaceX and its enigmatic CEO Elon Musk work tirelessly to reach and eventually settle on Mars, they may inadvertently destroy any extraterrestrial life that already exists on the Red Planet.

At the very least, without a proper planetary protection policy, future scientists would never be able to tell which microbial life forms actually came from Mars and which were carried there by grubby humans.

That's according to a new essay in The Conversation by University of Hertfordshire astrobiologist Samantha Rolfe — who, provocatively, called Starship a "moral catastrophe."

Rolfe points to contradictions in Musk's view of astrobiology — that bringing humanity to Mars wouldn't damage any hypothetical organisms that live there because they're probably hiding beneath the surface, but also that humans may need to live underground to avoid harsh cosmic radiation.

"Regardless of the thrill and feelings of hope this kind of adventure brings, just because we can do something, doesn’t mean we necessarily should, now or in the future," Rolfe wrote.

All in all, Rolfe argues that things would probably get messy pretty quickly if protective guidelines aren't put in place before people reach Mars.

"Can we be confident that, while pushing the boundaries of human exploration in such a short time frame, corners won’t be cut or standards won’t be allowed to slip?" she wrote in the essay.