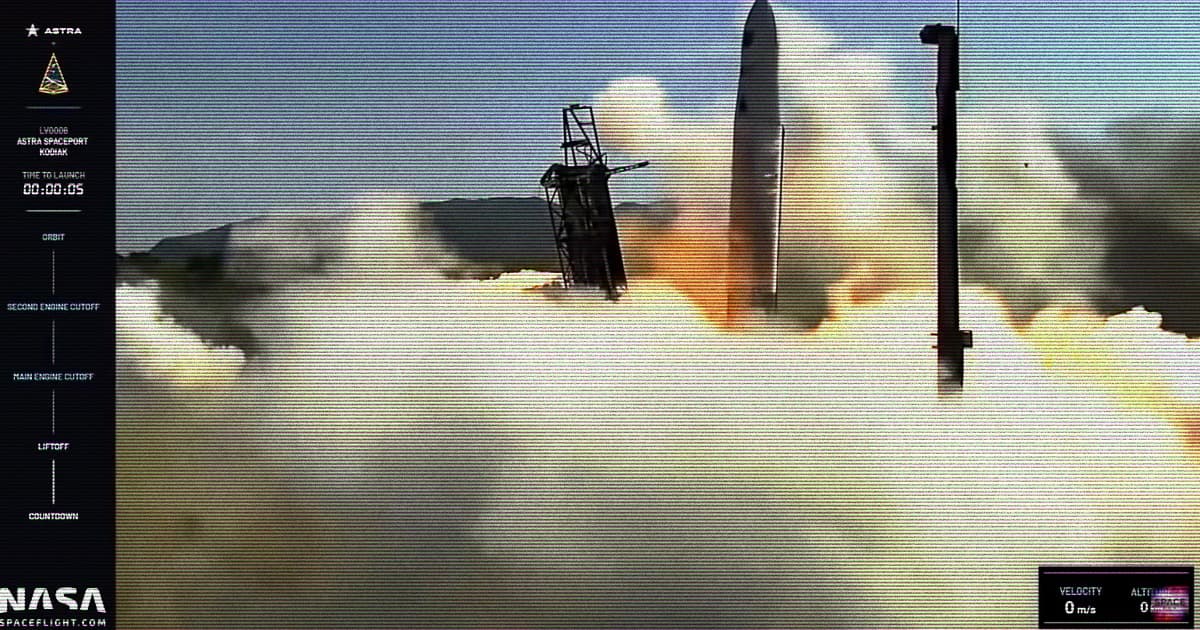 Slide to the Left

Sure, it was an expensive failure — but at least it looked cool.

Sure, it was an expensive failure — but at least it looked cool.

After getting their mission delayed a day, the aerospace company’s two-stage LV0006 rocket finally began launching on Saturday afternoon from the Pacific Spaceport Complex in Kodiak, Alaska — only to powerslide precariously off the launch pad after an engine failed to fire.

Eventually, the rocket was able to gain altitude. However, the initial slide was a bellwether to what would ultimately be a failed launch as the flight safety crew stalled the engines roughly two minutes and 28 seconds into the flight when they noticed a part of the LV0006 separate from the rocket.

"It was obviously not successful at putting anything in orbit, but it was a flight where we learned a tremendous amount," said Chris Kemp, CEO and founder of Astra, to CNBC. He later added, "We have a tremendous amount of data from the flight and are in the process of reviewing it."

The launch was a part of Astra Space’s contract with the US Space Force to test the rocket’s payload — and is actually just the latest in a series of launch failures for the company.

Early last year, one of Astra’s rockets crashed after a guidance system glitch. It’s last mission before Saturday’s occurred in December, when a rocket ran out of fuel before it could reach orbit, reports CNBC.

Luckily, launch failures and rocket explosions are part and parcel with the game (*cough* SpaceX *cough*). In fact, engineers can gather a lot of data and insights to improve future launches when things go wrong.

But Astra probably wants to get their act together for more successful launches in the future. Not only is it a bit embarrassing, but it’s also hitting their finances. Shares in the company fell more than 10 percent after the initial delay on Friday.

READ MORE: Astra rocket does a real smooth slide before failing to reach orbit [The Verge]