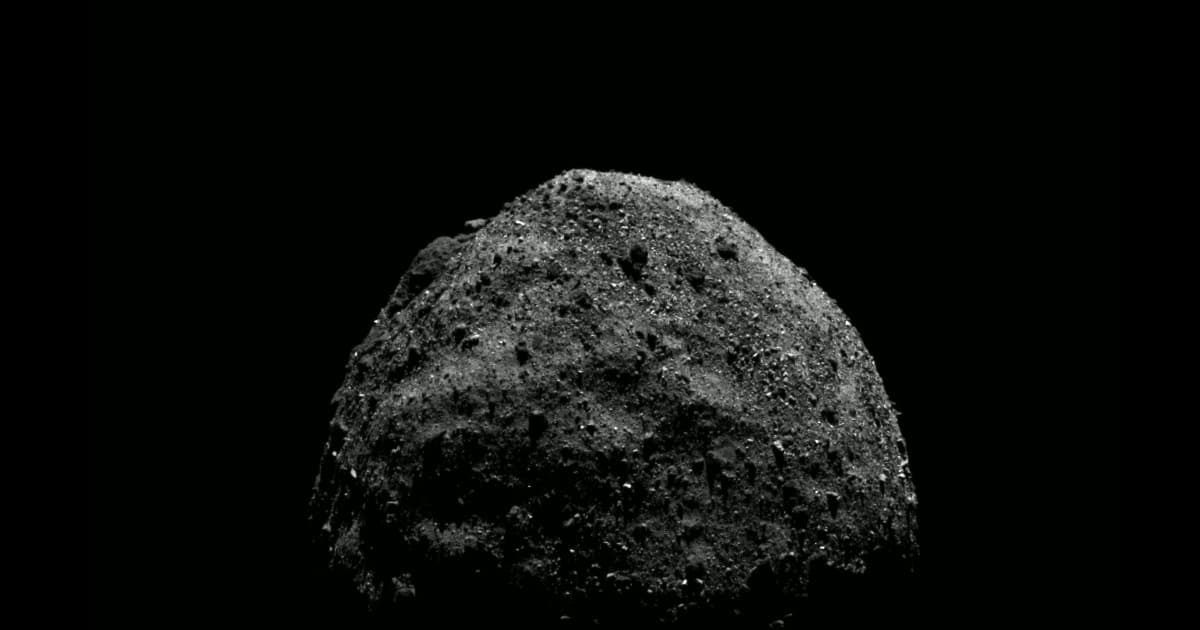 NASA Data Appears to Show That Giant Asteroid Is Hollow

"It's as if there is a void at its center, within which you could fit a couple of football fields."

"It's as if there is a void at its center, within which you could fit a couple of football fields."

After years of orbiting and eventually touching down to gather samples from the asteroid Bennu, NASA's OSIRIS-REx spacecraft has made another surprising discovery.

Bennu, a rapidly spinning space rock orbiting near the Earth, seems to be hollow, according to a press release. Not only that, but scientists at the University of Colorado, Boulder who analyzed new data from the lander found that Bennu is spinning so fast that it also seems to be slowly ripping itself apart, gradually casting rocks and dust into space.

When NASA touched down, scientists were surprised both by how much Bennu crumbled beneath OSIRIS-REx and by how much rock was blown away by the puff of nitrogen it fired to free up samples. But after running some data, it makes more sense: Bennu's gravitational pull is surprisingly weak for an object of its size, leading researchers to conclude that it looks more like an egg with a shell than a solid chunk of rock.

"It's as if there is a void at its center, within which you could fit a couple of football fields," University of Colorado aerospace engineer and lead researcher Daniel Scheeres said in the release.

As Bennu spins, it occasionally sends rocks tumbling outward. Some of them fall back down but others get lost in space, leading researchers to say the rock will gradually spin itself to death.

"You could imagine maybe in a million years or less, the whole thing flying apart," Scheeres said in the release.

More on Bennu: NASA Spacecraft Grabbed Too Many Asteroid Chunks and Now They’re Drifting Into Space