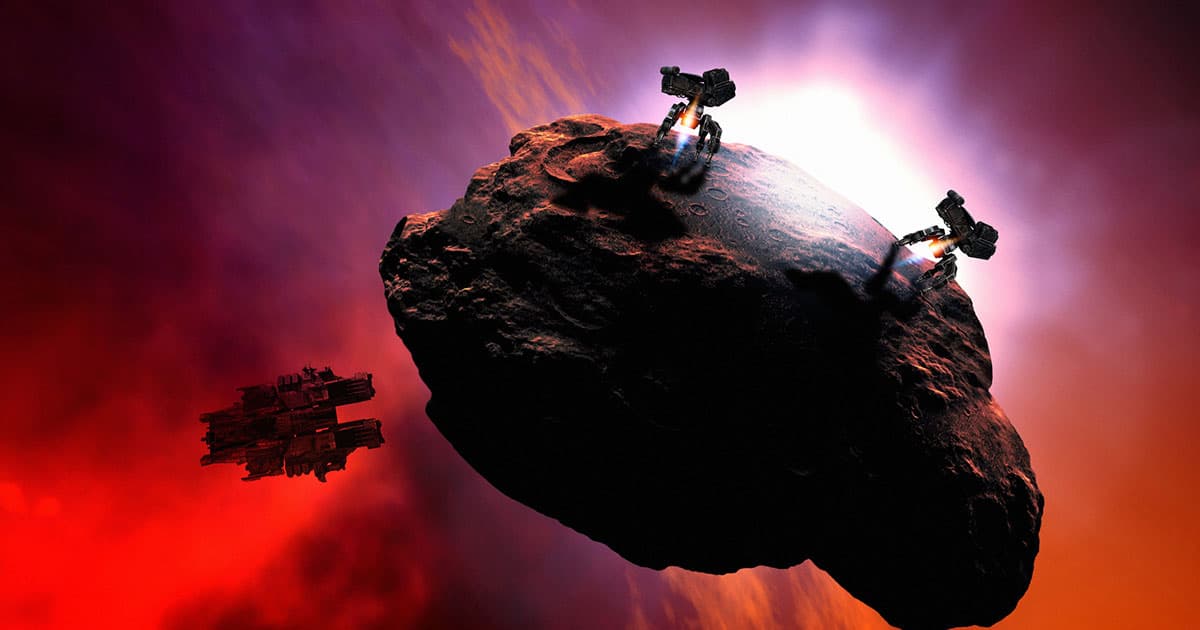 It has a lot to prove.

It has a lot to prove.

AstroForge isn't looking to actually land on an asteroid and start extracting materials just yet. Its first mission to space, slated to launch aboard a SpaceX rideshare in April, will involve testing out ways of refining platinum from asteroid-like materials in space.

Then in October, the California-based company will attempt to launch a second mission, in search of a suitable asteroid to mine.

The overall goal is to reduce the exorbitant amount of money it currently costs to extract platinum-group metals here on Earth by mining them from asteroids and refining them in situ instead.

Despite the fact that launching rockets is an incredibly environmentally damaging process in itself, the company is hoping to cut down on the amount of emissions released by mining rare Earth elements back on Earth.

"We do our refining on site, so we are refining on the asteroid itself," CEO Matthew Gialich told Bloomberg. "We are not bringing back the material back to Earth to do refining. A lot of the waste you see from these mines is in the process of refinement."

For its second mission later this year, AstroForge wants to become the first — apart from SpaceX, with Elon Musk's Tesla Roadster — to launch a fully commercial mission into deep space beyond the Earth's gravity well.

To do so, AstroForge wants to piggyback on space startup Intuitive Machines' lunar lander, which is headed to the Moon's orbit. Once there, AstroForge's 220-pound spacecraft will go on to look for a suitable asteroid to mine.

While it's an exciting prospect, several preceding asteroid mining startups have emerged and failed to ever finance a trip into space, as Bloomberg points out, which means AstroForge is facing a considerable challenge.

But given the much wider availability of SpaceX rideshares, AstroForge and other companies like it are hoping to get a foothold at a fraction of what the task might have once cost.

Eventually, AstroForge wants to actually land on a scouted asteroid and return refined metals back to Earth — a highly complex mission that will require a lot of things to go right the first time around.

Asteroid Wars
Billionaires Are Dead Serious About Moving Factories to Space
7. 3. 19
Read More
Falcon Heavy Could Make Asteroid Mining a Reality
2. 20. 18
Read More
Asteroids Need to Be Mapped If We're Going to Mine Their Resources
9. 20. 17
Read More
+Social+Newsletter
TopicsAbout UsContact Us
Copyright ©, Camden Media Inc All Rights Reserved. See our User Agreement, Privacy Policy and Data Use Policy. The material on this site may not be reproduced, distributed, transmitted, cached or otherwise used, except with prior written permission of Futurism. Articles may contain affiliate links which enable us to share in the revenue of any purchases made.
Fonts by Typekit and Monotype.