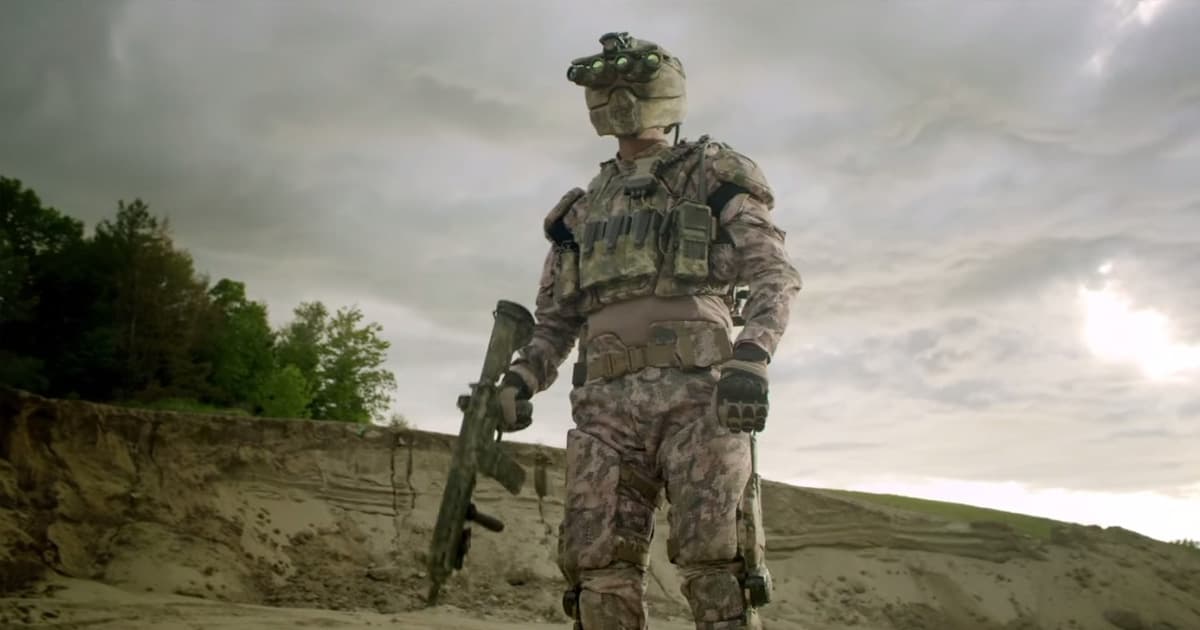 "A user selects a target or a direction, and then the system holds the weapon in the proper orientation."

"A user selects a target or a direction, and then the system holds the weapon in the proper orientation."

The US Army is developing a gun barrel stabilizer for its next-generation rifle that could greatly level out any unintended movement, Task & Purpose reports.

The piece of tech is a leftover part of the military's Next Generation Squad Weapon (NGSW) effort, which was originally part of the US Special Operations Command’s (SOCOM) "Iron Man" suit project. The powered suit was abandoned in early 2019 — but the impressive-looking stabilizer shows that portions of its tech could still end up on the battlefield.

It also looks like impressive firearm tech on its own. Here's a GIF of the device in action.

The "Aim Control Enhancer" (ACE) is designed to remove any unwanted movements from the soldier's supporting hand, much like a camera gimbal.

"A user selects a target or a direction, and then the system holds the weapon in the proper orientation," reads the contract for the ACE.  "This effort seeks to merely correct for the shaking of the weapon that is not controllable by the user. In this manner, a compact, self-contained unit may be constructed in a form factor that is useful on a tactical rifle."

The attachment was initially developed as part of SOCOM's Tactical Assault Light Operator Suit (TALOS), better known as the "Iron Man" suit. TALOS was shut down in February 2019, however, after failing to meet the expectations of the SOCOM leadership.

The Army is still looking for a weapon vendor to produce automatic rifles that could make use of the attachment, according to Task & Purpose.

READ MORE: The Army is testing a piece of SOCOM’s ‘Iron Man’ suit for its next-generation squad weapon [Task & Purpose]

More on hi-tech army suits: The Army Is Spending Millions on Powered Exoskeletons

US Army Says They Will Have Laser Weapons by 2023
3. 7. 16
Read More
The US Army's has a new "smart" grenade launcher that can take out people hiding behind cover
10. 14. 15
Read More
Hey Elli
New York State Buys Robots for Lonely Elders
Yesterday
Read More
+Social+Newsletter
TopicsAbout UsContact Us
Copyright ©, Camden Media Inc All Rights Reserved. See our User Agreement, Privacy Policy and Data Use Policy. The material on this site may not be reproduced, distributed, transmitted, cached or otherwise used, except with prior written permission of Futurism. Fonts by Typekit and Monotype.