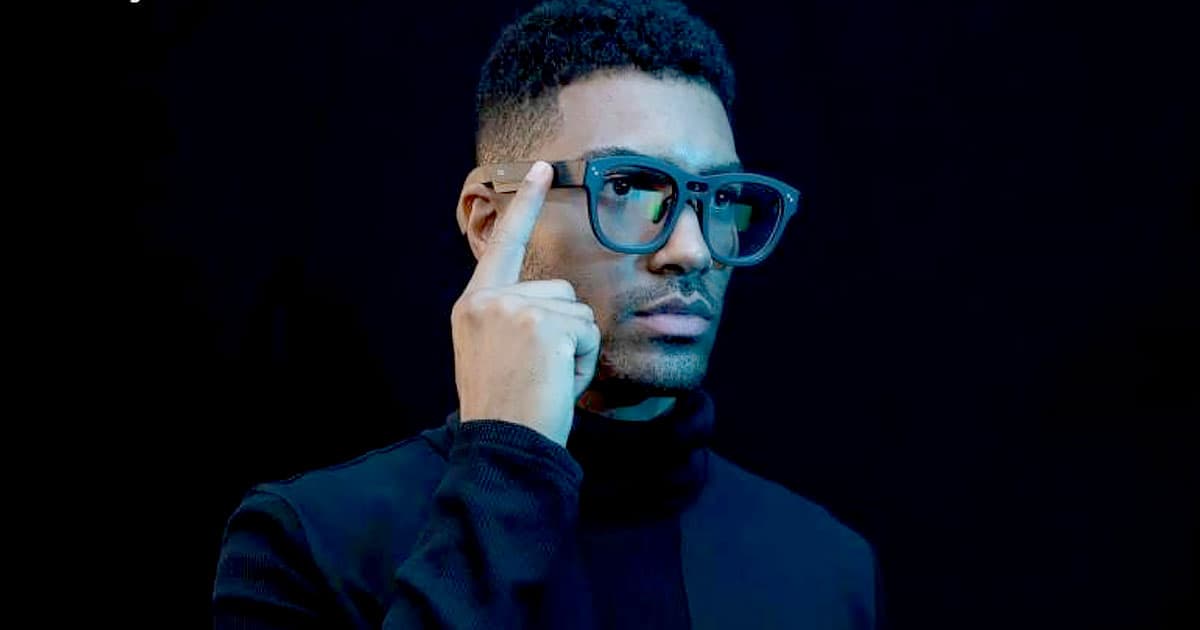 Cool feature, but don't expect the glasses to make you look cool.

Cool feature, but don't expect the glasses to make you look cool.

TCL — a company best known for its affordable TVs — has been trying to establish a foothold in the VR and AR space. Its latest and likely boldest entry comes in the form of the RayNeo X2, a pair of augmented reality smart glasses that can, among other features, translate conversations in real time.

Journalists recently got a hands on — or heads up — look at the RayNeo X2s at the Consumer Electronics Show that kicked off Thursday in Las Vegas.

The lenses themselves house MicroLED waveguide displays, and if you have bad vision, come equipped with adjustable prescription inserts.

By tapping on the right temple, you can navigate through the X2's menus and activate its translation feature, which can not only translate text you're looking at, but translate and transcript someone you're speaking to, live. According to Scott Stein at CNET, he was able to understand someone speaking to him in Chinese.

The TCL augmented reality glasses can translate literally right before your eyes. They’re also far too big for my head and with a fringe AND a mask, I look just a tad silly. Still super cool #CES2023 pic.twitter.com/KXsdIntPol

The specs might be an impressive stepping stone, but their clunky size indicates that AR glasses still have a way to go before you don't feel ridiculous wearing them. As Engadget notes, it's a little worrying that a company like TCL, which specializes in displays, couldn't get its own any smaller.

However, that doesn’t seem to be a problem for Google's unnamed prototype AR glasses that also boast a similar live translation feature, which Google teased last summer. Unlike the X2s, Google's glasses are less feature-packed, and can't capture images. Maybe the ideal sweet-spot for AR is not having the glasses do everything, and just having them be good at a few things, if that means they won't need to be absurdly large.

TCL expects to start rolling outs its glasses to developers by the end of Q1 and is expected to be available to consumers by July, according to Gizmodo.

More on VR and AR: Apple VR Headset Will Apparently Have Display Facing Outward to Show the User's Facial Expressions

Oh, Good
Oculus Founder Builds VR Headset That Kills User If They Die in Game
11. 7. 22
Read More
Breakthrough Technologies
Facebook Hardware Devs Reportedly Skeptical of Metaverse
10. 28. 21
Read More
Powered by Powerpoint
The CEO of Apple Thinks People Will Use Augmented Reality for Something Absolutely Hilarious
4. 5. 21
Read More
+Social+Newsletter
TopicsAbout UsContact Us
Copyright ©, Camden Media Inc All Rights Reserved. See our User Agreement, Privacy Policy and Data Use Policy. The material on this site may not be reproduced, distributed, transmitted, cached or otherwise used, except with prior written permission of Futurism. Articles may contain affiliate links which enable us to share in the revenue of any purchases made.
Fonts by Typekit and Monotype.