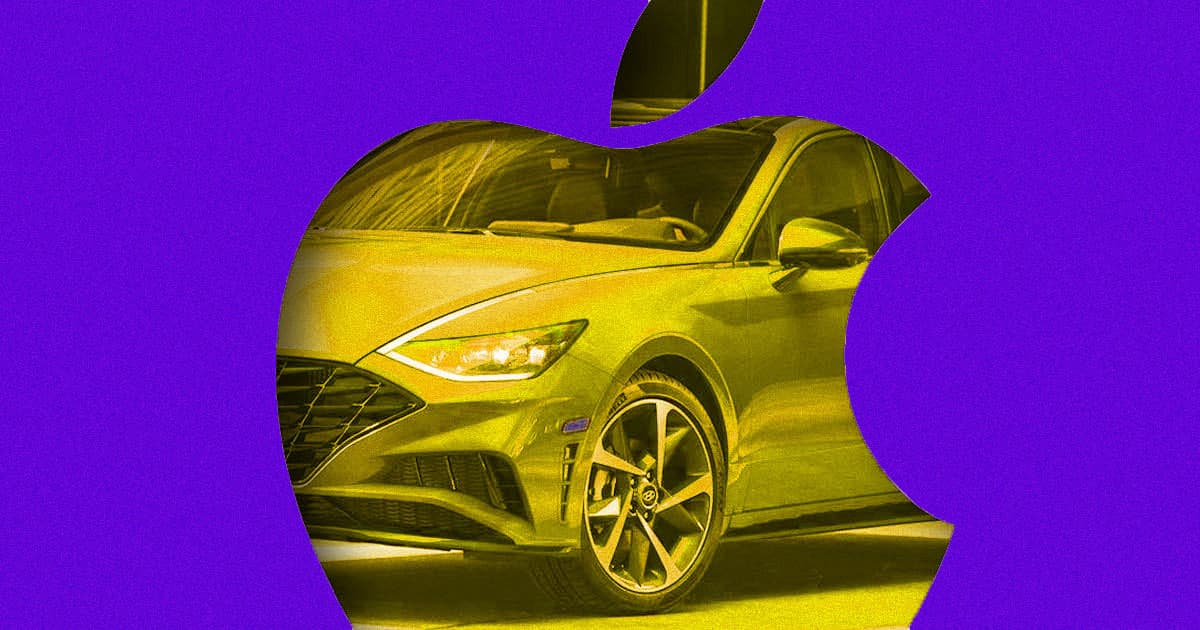 Apple Gives Up on Making Its Upcoming Car Fully Autonomous

It turns out that self-driving is really, really hard.

It turns out that self-driving is really, really hard.

Tech giant Apple is giving up on full autonomy for its upcoming car and delaying the target launch date by a year to 2026, Bloomberg reports.

The company's highly secretive project, known as Titan, has been in limbo as execs started to realize that current technologies don't feasibly allow for a car that fully drives itself without a steering wheel or pedals.

That means Apple is now working on a car that looks far more like a conventional passenger vehicle on the inside, including a steering wheel and pedals, a Level 5 autonomy living room on wheels in which passengers can face each other.

In short, it's yet another sign of the incredible headwinds against a fully automated driving experience — a challenge that Tesla CEO Elon Musk is already intimately familiar with — even for a titan like Apple.

Apple has historically played its cards very close to its chest, sharing virtually nothing its car project over the years.

Around 1,000 employees are reportedly working on the project, an operation that costs the company roughly $1 billion per year.

Kevin Lynch, who's been leading the project since 2021, was hoping to bring a fully autonomous vehicle to the market in 2025.

Despite the delay, the company does seem to be making some progress. According to Bloomberg, Apple is nearing the production of a powerful onboard computer codenamed Denali, which is reportedly four times as powerful as Apple's highest-end Mac chip.

Such a setup would compete with the likes of Tesla, which has been using powerful hardware in its vehicles to collect and analyze data from a suite of sensors.

Apple, however, is also planning to make use of lidar sensors on top of cameras, tech which Musk has previously dismissed as a "fool's errand."

It's unlikely we'll see a prototype of an Apple car any time soon, but the company is hoping to at least finalize a design by next year. For now, we'll believe it when we see it.

More on project Titan: Apple Is Reportedly Releasing a Self-Driving Car in 2024