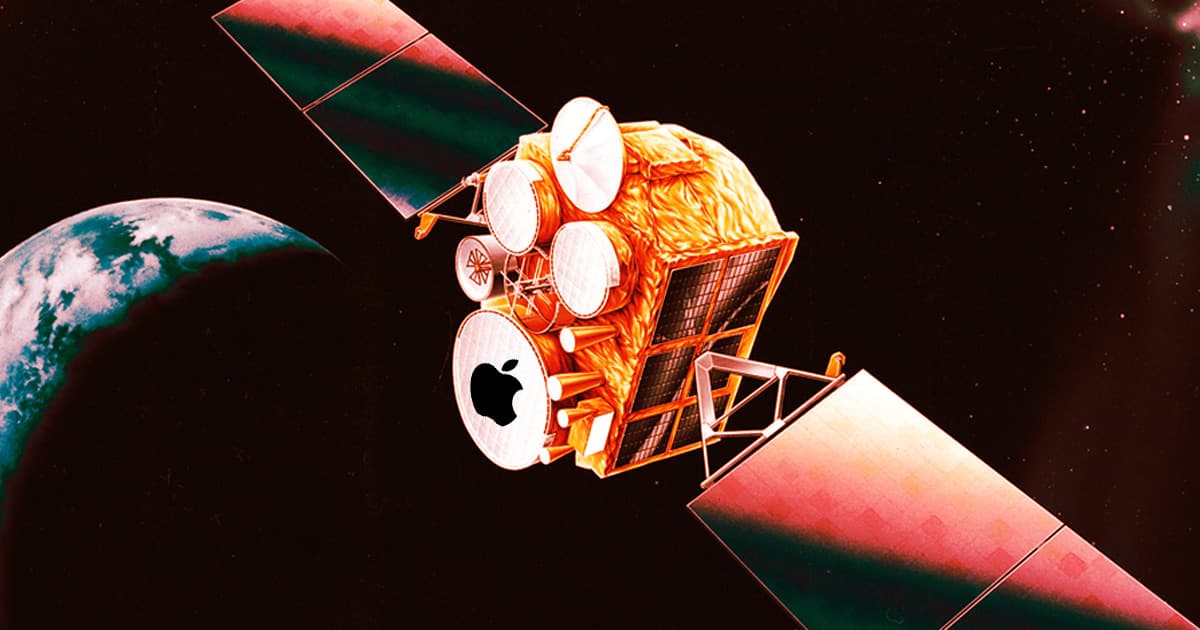 Anonymous sources at the company told Bloomberg that about a dozen engineers are working on satellite and antenna designs to be first deployed in five years time — though, they emphasized, the project is still in early stages.

There's still much we don't know about the project. It's unclear, for instance, whether Apple is aiming to circumvent the need for wireless carriers, or simply trying to improve location tracking for its many devices.

Another glaring unknown: whether Apple wants to send an entire constellation of satellites into orbit, SpaceX-style, or use existing satellites to beam data back and forth.

Clash of the Titans

It's arguably not a great time to announce plans for broadband satellite constellations, if that's Apple's plan. The news comes after Amazon announced plans to send more than 3,000 satellites to form a internet-beaming constellation in July.

And according to a Thursday report by Vice, SpaceX is lobbying against Amazon's efforts, asking the Federal Communications Commission to deny Amazon's request to get a special waiver, which would grant it the necessary permissions to operate within a certain frequency.

FROM THE DEPT. OF THINGS TO BUY
Apple Announced Its Fastest MacBook Air Yet at WWDC 2022
Jun 6
Read More
The Saga Continues
SpaceX President Defends Elon Musk Against Sexual Misconduct Claims
May 24
Read More
Dark Musk
The Dark Reason Elon Musk Is Trashing His Own Newest Employees
Apr 28
Read More
+Social+Newsletter
TopicsAbout UsContact Us
Copyright ©, Camden Media Inc All Rights Reserved. See our User Agreement, Privacy Policy and Data Use Policy. The material on this site may not be reproduced, distributed, transmitted, cached or otherwise used, except with prior written permission of Futurism. Fonts by Typekit and Monotype.