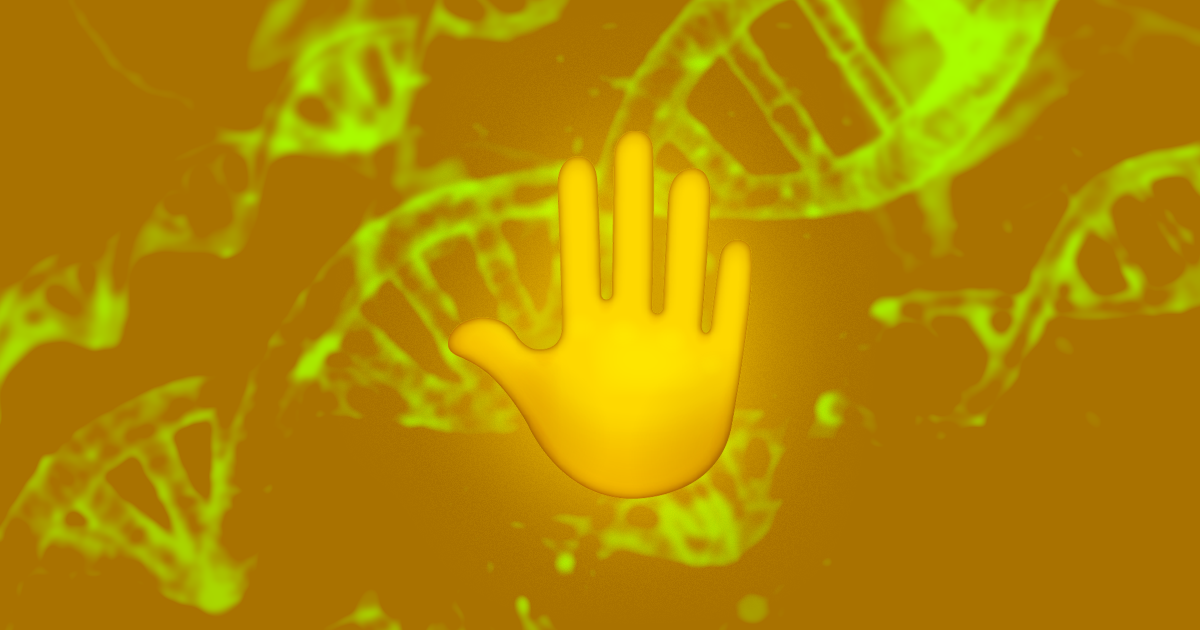 Scientists now have a promising lead in the hunt for an anti-CRISPR.

Scientists now have a promising lead in the hunt for an anti-CRISPR.

CRISPR could end disease and world hunger. It could also destroy humanity.

For years, experts have speculated about the weaponization of gene-editing, pondering its use to create everything from killer plagues to deadly viruses. In 2016, the U.S. director of national intelligence even identified gene-editing as a potential weapon of mass destruction.

There's also the possibility that we might accidentally trigger doomsday with the tech by using it in a way that has unintended but deadly consequences.

To prevent either of these scenarios from coming to fruition, scientists have been on the hunt for an anti-CRISPR, something that would render the technology impotent — and now, they might have finally found it.

In a paper published in the journal Cell on Tuesday, a team led by Amit Choudhary of Harvard Medical School details its discovery of two drugs that prevent CRISPR from editing genes when mixed with human cells.

The team has yet to test their drugs in living organisms, meaning human testing is still far off in the future.

However, the identification of these chemicals is a promising first step toward an anti-CRISPR, meaning something that could ensure we aren't essentially opening Pandora's box with the tech — and give us a way to fight back if CRISPR is used to do intentional harm.

READ MORE: The search for the kryptonite that can stop CRISPR [MIT Technology Review]

Greater Good
China Isn’t Afraid to Be the "Bad Guy" of CRISPR Research
7. 31. 19
Read More
Breaking Models
Scientists Are Having Trouble Keeping Gene-Hacked Creatures Alive
4. 23. 19
Read More
Eat Up
CRISPR Co-Inventor: We’ll Be Eating Gene-Edited Food In Five Years
4. 22. 19
Read More
+Social+Newsletter
TopicsAbout UsContact Us
Copyright ©, Camden Media Inc All Rights Reserved. See our User Agreement, Privacy Policy and Data Use Policy. The material on this site may not be reproduced, distributed, transmitted, cached or otherwise used, except with prior written permission of Futurism. Fonts by Typekit and Monotype.