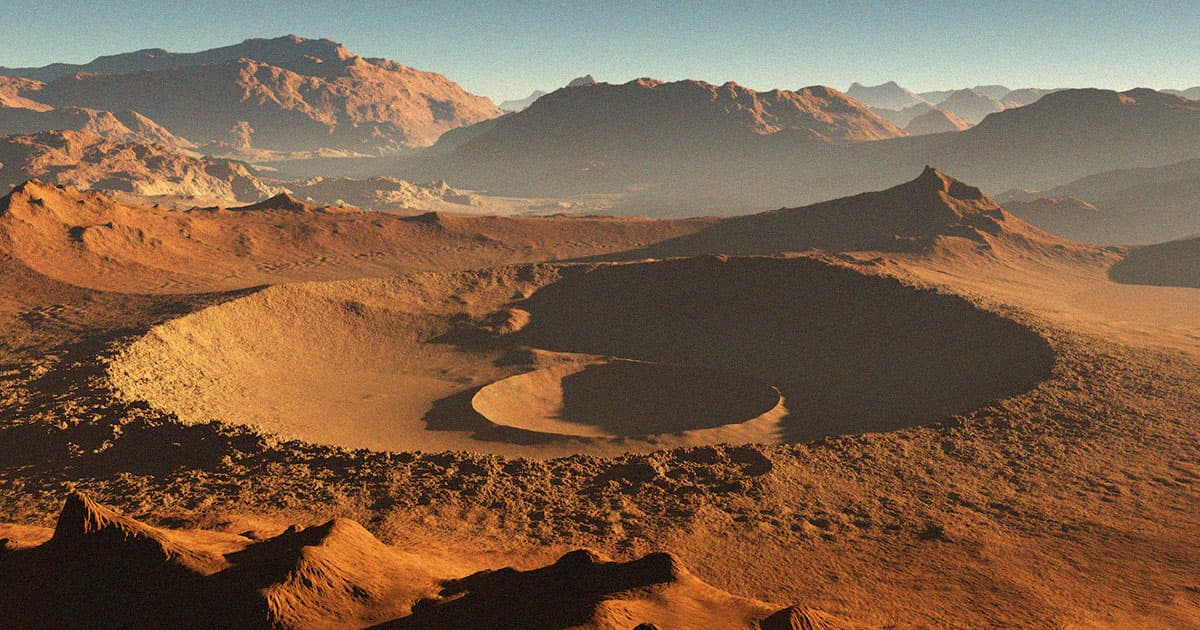 A new study published this week in Nature Astronomy suggests that, if life once existed on Mars billions of years ago, the planet could've been host to subterranean microbes that produced methane as a byproduct, known as methanogenic microbes.

And since methane is a climate driver, the scientists say, those microbes may have irreversibly damaged the Martian atmosphere, wiping themselves out in the process.

Today, the Red Planet is a cold and barren desert, but extensive observation and exploration has long revealed that the planet was once flowing with rivers, lakes, and maybe even oceans — and therefore was once habitable, too.

According to the study, the abundance of hydrogen in the planet's atmosphere could have sustained the existence of methanogenic organisms four billion years ago, right around the time when the Martian climate was best suited for supporting life.

From there, Regis Ferrière, senior author of the study and professor of evolutionary biology at the University of Arizona, and his team, applied several models to predict temperatures at both the surface and in the crust, and how hypothetical ecosystems would've survived within them.

"Our goal was to make a model of the Martian crust with its mix of rock and salty water, let gases from the atmosphere diffuse into the ground, and see whether methanogens could live with that," Ferrière said in a press release.

"And the answer is, generally speaking, yes, these microbes could have made a living in the planet's crust," he added.

Blip on the Radar

But while these microbes may have been thriving underground, their success was fleeting.

"According to our results, Mars' atmosphere would have been completely changed by biological activity very rapidly, within a few tens or hundreds of thousands of years," said the study's first author Boris Sauterey, a postdoctoral fellow at the University of Paris, in the release. "By removing hydrogen from the atmosphere, microbes would have dramatically cooled down the planet's climate."

It's a tantalizing theory that illustrates how much we still have to learn about Mars' history — but our search for ancient life is far from over.