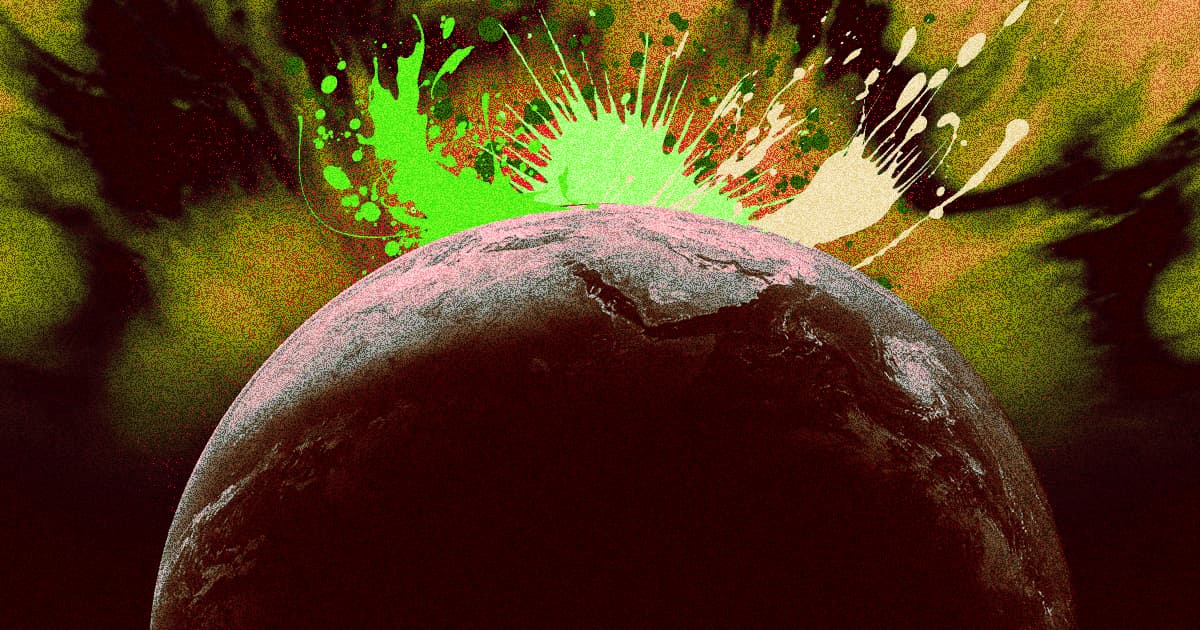 Ancient Antarctica Was Blasted by a Giant Flamethrower From Space

About 430,000 years ago, a powerful blast of superheated gas and air incinerated the surface of Antarctica.

The hellish inferno came down from space like a gigantic flamethrower after a football field-sized object entered and exploded within the Earth's atmosphere, according to Gizmodo. When it landed, the "airburst," as the University of Kent scientists who discovered it call it, it scorched everything in the area at several thousand degrees Fahrenheit.

There have been multiple airburst events during human history, though they were far less severe than the one in question here, according to Gizmodo.

A similar fireball flattened a huge chunk of the Siberian forest in 1908. Another one exploded over Chelyabinsk, Russia in 2013.

The explosion didn't leave a crater, but it did leave behind evidence in the form of tiny, black spheres of metal and rock that fused together during the extreme temperatures, according to the team's research, which was published Wednesday in the journal Science Advances. But if it were to happen again, we would definitely notice.

Lead study author Matthias van Ginneken, a University of Kent geochemist, told Gizmodo that "anything standing directly under its way would have been vaporized."

And if it were to happen again, "it would be disastrous and extremely destructive over several hundreds of kilometers."

READ MORE: Antarctica Got Blasted by a Powerful ‘Airburst’ Event 430,000 Years Ago [Gizmodo]

More on airburst explosions: Anniversary of the Tunguska Event: What Really Happened?