Anniversary of the Tunguska Event: What Really Happened? 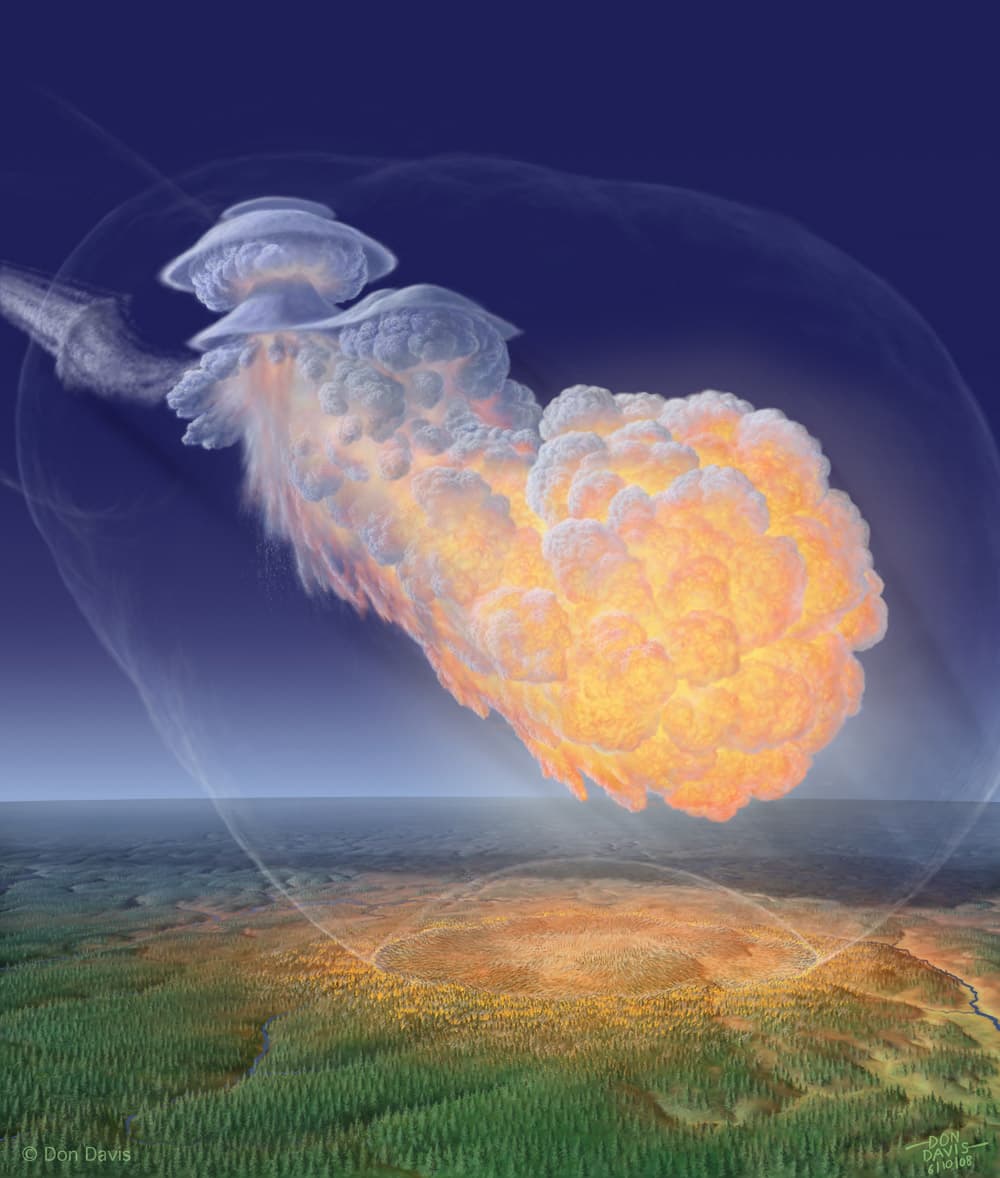 June 30, 1908 was a day to remember. 106 years ago, on this day, a fireball of epic proportions shook the Earth. This event caused damage in buildings some 400 miles (643 km) from the blast site. In fact, seismic vibrations were detected 600 miles (1000km) from where the fireball struck. Fortunately, the blast originated in the Jenissei portion of the Siberian forest, a remote portion of the Earth that is now known as Krasnoyarsk Krai, Russia. Since it struck far from any towns or major metropolitan areas, the damage to human civilization was minimal (one man, who was approximately 20 miles [30km] from the site, was blown into a tree and killed).

Unfortunately, because it was so remote, an expedition didn't reach the site until decades later. When individuals finally reached the epicenter in 1927, they discovered that a large portion of the forest had been leveled. Row after row after row of vegetation was laid flat. This wasteland stretched 10 miles (16 km) from the epicenter.

At the epicenter, there was nothing but broken stumps of trees. That's right; there was no crater, only dead trees.

This caused a bit of confusion related to what caused this blast. There are two primary hypotheses for what caused the event. The first involves a comet or asteroid containing heavy elements, specifically Deuterium (or Heavy Hydrogen, as it is colloquially termed), smashing into the Earth. This was proposed to have created an atomic explosion over Siberia, which would explain both the leveled trees and the amazingly powerful shockwave. However, such a blast would be expected to leave a carbon-14 residue, thereby allowing the event to be verified by scientists. Ultimately, the absence of sufficient nuclear matter changed this theory from something that was "a consideration" to something that is "extremely unlikely."

Consequently, the long-standing belief, the one held by NASA scientists, is that a meteoroid airburst occurred (perhaps similar to the one recently seen in Russia). This involves a high velocity, high mass object that generates so much friction (as a result of the atmospheric drag) that the excessive temperatures cause an uncontrollable expansion of the meteoroid, shattering it explosively. NASA’s comments on the process are summed in the following:

“It is estimated the asteroid entered Earth’s atmosphere traveling at a speed of about 33,500 miles per hour. During its quick plunge, the 220-million-pound space rock heated the air surrounding it to 44,500 degrees Fahrenheit. At 7:17 a.m. (local Siberia time), at a height of about 28,000 feet, the combination of pressure and heat caused the asteroid to fragment and annihilate itself, producing a fireball and releasing energy equivalent to about 185 Hiroshima bombs.”

If such an event were to occur today over a major city, the results could be devastating. Fortunately, such events are rare, only occurring once every hundred years or so. Before you start worrying about an asteroid heading our way, remember that a majority of the Earth's surface is covered in water. As such, the chances of a Tunguska event occurring over an area with a high population density are slim.

Of course, there are a few hypotheses related to this event that are a bit more...unconventional. Some argue that Nikola Tesla created a death ray that misfired and caused the explosion. However, this idea lacks scientific evidence. Similarly, some claim that the Earth collided with a mini-black hole. Yet, if this were the case, matter would be missing from the Earth, and the black hole would likely still be consuming the planet (it wouldn't bounce off the surface of the Earth and wander off; that's not how black holes work).