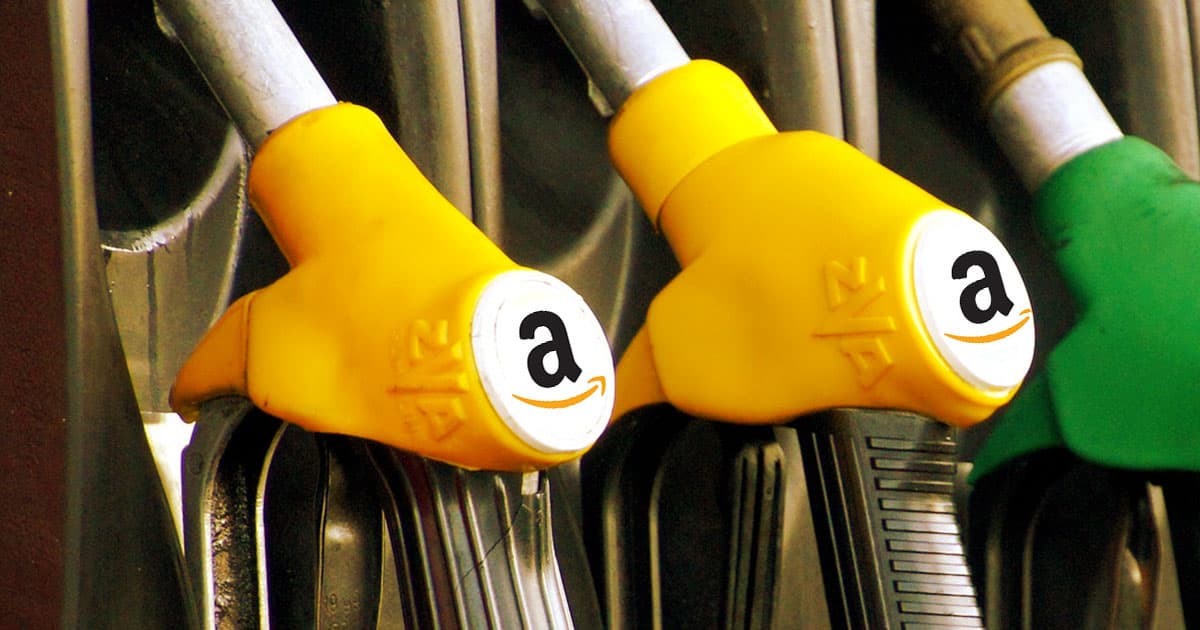 And he makes a compelling argument.

And he makes a compelling argument.

The fossil fuel industry may be dying, but there’s still time for Amazon to take advantage of it.

On Wednesday, Bloomberg published an interview with Tom Forte, a senior research analyst at the financial services firm D.A. Davidson.

According to Bloomberg, Forte believes that Amazon could reap a host of benefits by opening its own gas stations — including collecting even more data about its customers.

According to Forte, Amazon could potentially generate significant revenue through gas sales, and the stations could help advance its delivery efforts by providing “a thousand, two thousand points of distribution.”

Additionally, Amazon could make each station an Amazon Locker location to expand the usage of that service and have an Amazon Go store onsite for additional sales.

According to Bloomberg, Forte told clients via an unpublished letter that Amazon gas stations could also give the company yet another way to collect data on consumers — they would know where customers are and where they are shopping.

It seems that driver data is safe for now, though — according to Forte, there’s nothing to indicate that Amazon is actually considering getting into the fueling business.

As for what Amazon could do if — or more likely, when — electric cars do displace ones powered by fossil fuels, Forte has a simple suggestion: the Amazon gas stations could transition into Amazon charging stations.

More on Amazon: Amazon’s Cashier-Free Stores Are Going National. And It Might Just Change the Future of Retail.