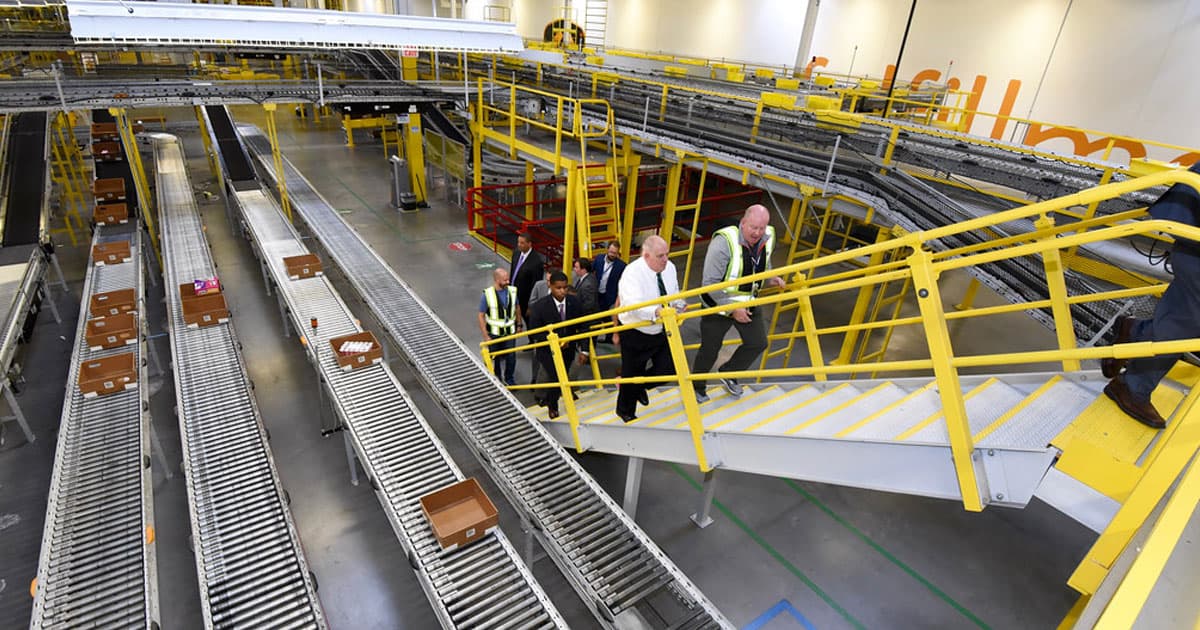 Amazon is paying people to tweet about their numerous bathroom breaks.

Amazon is paying people to tweet about their numerous bathroom breaks.

A PR Manager at Amazon confirmed that the ambassadors really work at fulfillment centers, where employees have been sprayed by bear repellent, forced to pee in bottles to meet unrealistic quotas, and are increasingly replaced by robots. In contrast, the cheery ambassadors come across sounding like poorly-built chatbots — but they're apparently part of a deliberate Amazon PR initiative.

The Amazon spokesperson told Futurism that "FC ambassadors are employees who work in our FCs and share facts based on personal experience." That mirrors the findings of an investigation by Bellingcat, which confirmed that ambassadors are paid to split their time between fulfillment center tasks and tweeting out pro-Amazon talking points.

"It's important that we do a good job educating people about the actual environment inside our fulfillment centers, and the FC ambassador program is a big part of that along with the FC tours we provide," the spokesperson wrote, before recommending Futurism take a fulfillment center tour.

The spokesperson also claimed that some "ambassador" accounts are impersonators. Presumably, she meant the new wave of Twitter accounts with "FC Ambassador" in their usernames currently tweeting out pee jokes.

Amazon has not responded to Futurism's specific questions about the ambassador tweeting that her depression was her own fault "and not Amazon's" in response to a former employee talking about her mental health experience or any of the more bizarre posts made by the ambassadors.