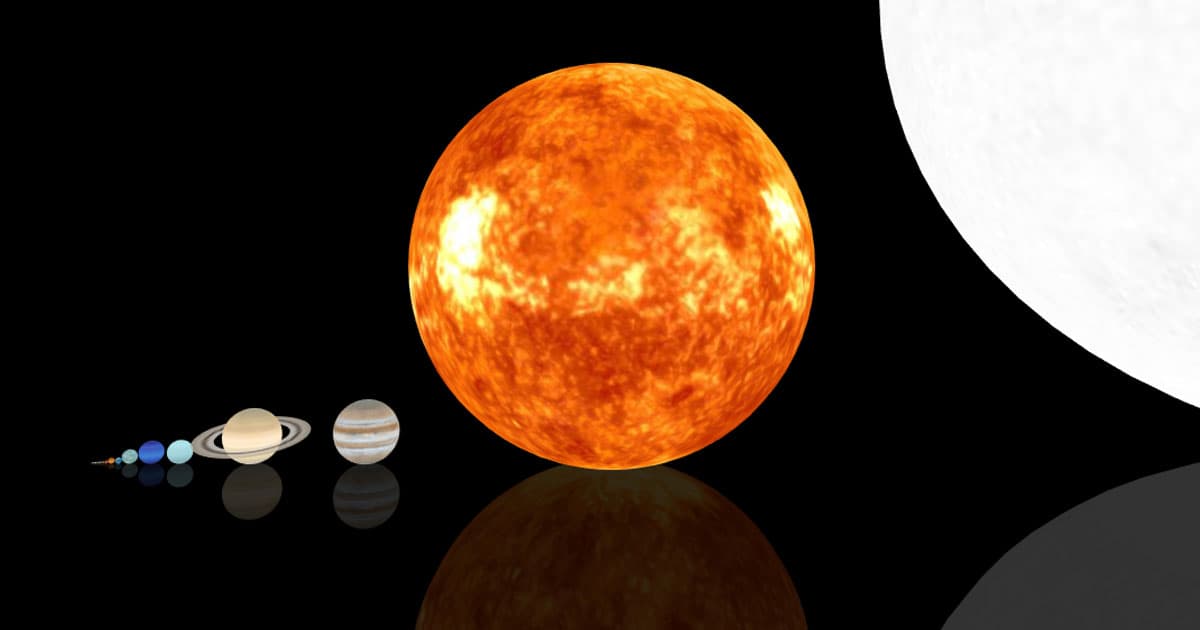 This Amazing Visualization Shows You How Big Space Really Is

It spans from the size of an astronaut to the entire observable universe.

It spans from the size of an astronaut to the entire observable universe.

A new website called "The Size of Space" illustrates how incomprehensibly vast the cosmos are.

As you scroll to the side, the site takes you on a journey from the size of an astronaut all the way up to the entire observable universe. As the scale ramps up, from spacecraft to moons to planets and onward, the smaller objects become tiny dots before vanishing altogether.

Neal Agarwal, the coder behind The Size of Space who's also built pages like "Grandpa's Art Show" and "Share This Page," used some of the best visualizations for each of the objects — a rotating Earth based on satellite imagery, for example.

That means that most of the black holes are simply hand-drawn circles mixed in among the colorful images of distant galaxies and supernovas. Except, that is, for the giant black hole M87*, which was imaged earlier this year.