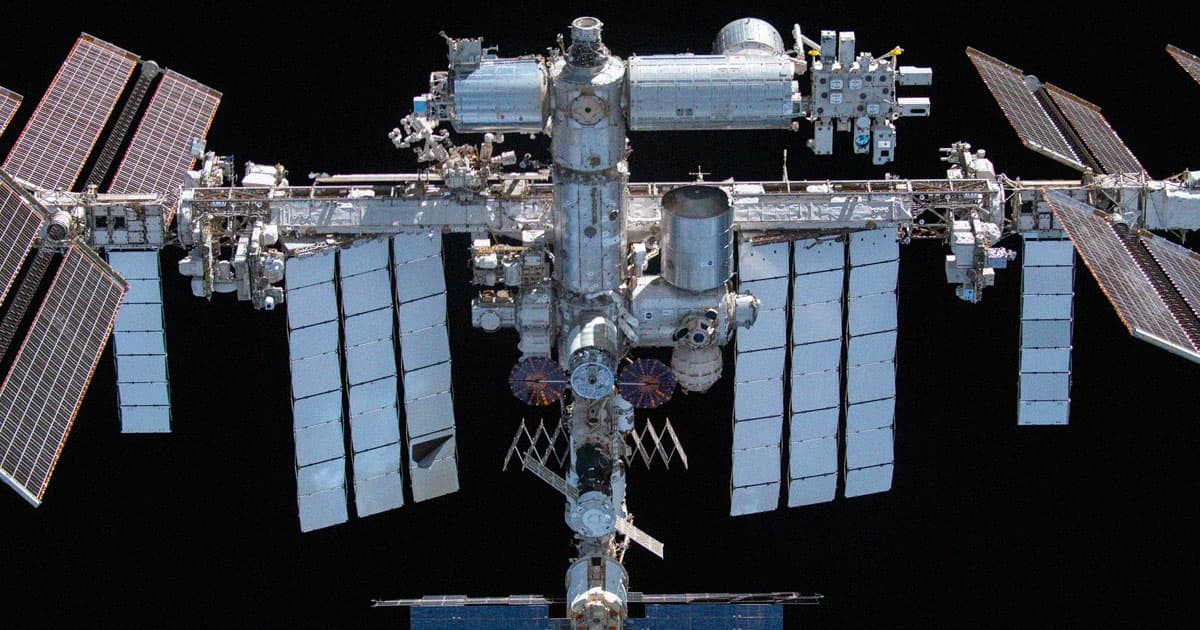 "Possibly my new favorite shot of all time."

"Possibly my new favorite shot of all time."

Photographer and astronomer Andrew McCarthy has shared a stunning new image he took of the International Space Station transiting in front of a sunlit Moon — and the details are absolutely breathtaking.

"Possibly my new favorite shot of all time," McCarthy gloated. "I woke up at 1:30 am this morning to capture a rare scene — the sunlit international space station transiting iconic craters over the last quarter Moon."

The transiting space station was only in frame of McCarthy's telescope for less than a quarter of a second, but the photographer was still able to capture a series of images he later turned into a magnificent video clip.

Possibly my new favorite shot of all time. I woke up at 1:30am this morning to capture a rare scene- the sunlit international space station transiting iconic craters over the last quarter moon. pic.twitter.com/M3jV3WD94S

McCarthy also shared a zoomed out version of the once-in-a-lifetime shot, showing off the incredible color of the lunar surface.

"The color is real, and was captured using a second camera to show the rich mineral composition of the regolith," he explained.

While the image is a stunning example of forced perspective, we could soon be looking at similar pictures that don't make use of the effect. NASA is planning to have a smaller space station, called the Gateway, orbit the Moon, allowing astronauts easy access to the lunar surface below.

And we can't wait to see what that will end up looking like from above.

More on the ISS: Russian Scientist Complains That the ISS Is Tainted With Disgusting Pathogens

Moon Wrestling
The Head of NASA Is Scared Chinese Astronauts Will Seize Portions of the Moon
Jan 3
Read More
God Shot
Astronaut Says He Had Religious Experience During Spacewalk
9. 9. 22
Read More
Next Time
NASA Cancels First Launch Attempt of Uber Expensive Moon Rocket
8. 29. 22
Read More
+Social+Newsletter
TopicsAbout UsContact Us
Copyright ©, Camden Media Inc All Rights Reserved. See our User Agreement, Privacy Policy and Data Use Policy. The material on this site may not be reproduced, distributed, transmitted, cached or otherwise used, except with prior written permission of Futurism. Articles may contain affiliate links which enable us to share in the revenue of any purchases made.
Fonts by Typekit and Monotype.