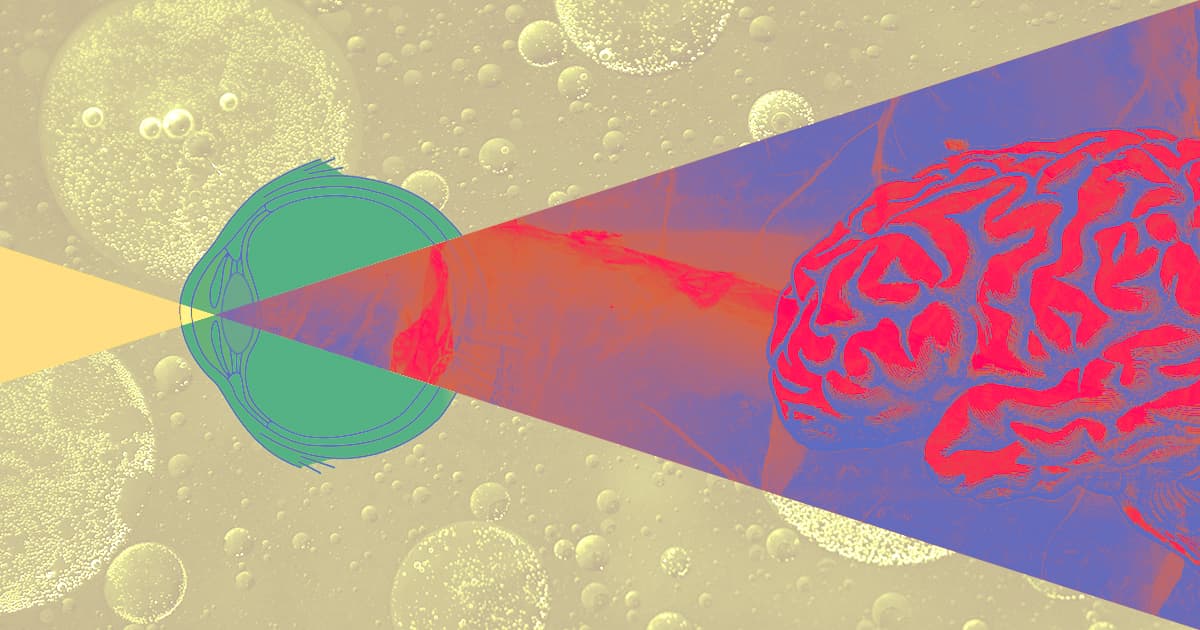 An Eye Scan Could Detect Alzheimer’s Before Symptoms Appear

Alzheimer's is a ruinous brain disease that causes progressive memory loss. For years, we lacked a practical way to detect it — but new evidence suggests that a non-invasive eye scan could spot early signs of the condition.

At the 122nd Annual Meeting of the American Academy of Ophthalmology, not one but two research teams presented studies that suggest that changes in blood vessels in the eye can indicate Alzheimer's before symptoms appear — and it may be the early detection technique we need to get ahead of this devastating disease.

The eye imaging technique at the center of both studies is called optical coherence tomography angiography (OCTA). It uses light waves to image the retina in cross sections — a non-invasive scanning process that takes less than 30 seconds, but can provide researchers with a detailed view of even the smallest veins in the eye.

Right now, our best means for detecting Alzheimer's early are expensive brain scans or potentially harmful spinal taps. However, treatments are most likely to be effective when applied early, meaning early diagnosis is key to our success in battling this disease.

Based on the results of these studies, OCTA could be the quick, inexpensive Alzheimer's screening technology we've been waiting for.

More on Alzheimer's: The Most Valuable Alzheimer’s Test Created So Far

New Medicine
New Drug Trial Could Halt Alzheimer's Memory Loss
1. 7. 19
Read More
Scientists Reverse Alzheimer's in Mice
2. 15. 18
Read More
Deep Brain Stimulation Therapy Could Help Treat Alzheimer's
2. 4. 18
Read More
+Social+Newsletter
TopicsAbout UsContact Us
Copyright ©, Camden Media Inc All Rights Reserved. See our User Agreement, Privacy Policy and Data Use Policy. The material on this site may not be reproduced, distributed, transmitted, cached or otherwise used, except with prior written permission of Futurism. Articles may contain affiliate links which enable us to share in the revenue of any purchases made.
Fonts by Typekit and Monotype.